Summer is a blissful time to explore the great grasslands of Mongolia. For a few fleeting months between mid-June and September, the numbing, sub-arctic cold is banished. The snow recedes, and the rivers flow crystal clear, while larks soar above undulating slopes speckled with felt yurts and herds of contented horses sleek from weeks of plenty.

This is a time when city dwellers flee the fumes of the capital, Ulaanbaatar, to spend time with family out in the empty valleys and plains stretching towards the Siberian taiga in the north and Gobi Desert in the south, camped with their animals as their nomadic ancestors did thousands of years ago.

It’s also a time for socialising and dressing up in traditional costume! The country only became independent from China after the revolution in 1924, and one of the ways its people reaffirm their distinctive cultural roots is by donning old-world Mongolian garb and flocking to festivals of steppes sports called ‘Naadam’. Held in June and July in towns and villages across the country, these mini-Olympics are a great way for visitors to experience the region’s idiosyncratic culture.

As with Scottish Highland Games, Naadams involve a considerable amount of ritual, beginning with an opening parade of participants, monks, singers, musicians, dancers and, inevitably, local politicians who make interminable speeches. The largest of all, held in mid-July at the National Stadium in Ulaanbaatar, opens with the arrival of Genghis Khan’s Nine Horse Tails, representing the Nine Mongol Tribes, accompanied by mounted cavalry – a formidable sight.

A legacy of Mongol times when the region’s warlords encouraged competitive sports that toughened up their subjects for military service, the events themselves are always the same: archery, wrestling and horse racing. 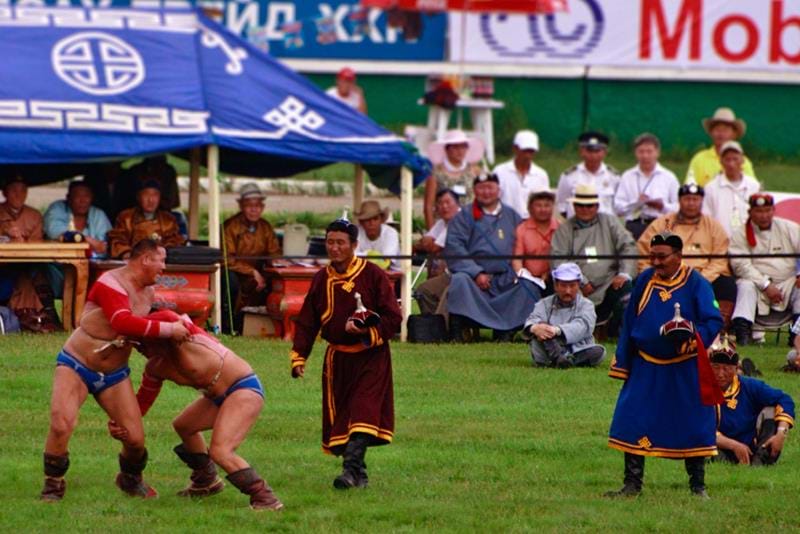 The rules of Mongolian wrestling, known as ‘bökh’, couldn’t be simpler. Participants merely have to force any part of their opponent’s body, other than their feet, to the ground. There are no time limits, though bouts generally don’t last long.

In big Nadaams, 1024 wrestlers compete in grand knock-out tournaments that run for nine or ten rounds. Wearing skin-tight shorts (shuudag), knee-length leather boots (gutal) and odd-looking pairs of chestless sleeves joined at the back (zodog), the fighters perform special dances as they enter and leave the ring, mimicking wild animals such as lions or tigers.

The wrestlers are accompanied in the bouts by their coaches (zasuul), whose job it is to hold the hat of his man while he competes, give him encouraging slaps on the buttocks from time to time and perform special songs of praise if he does well! 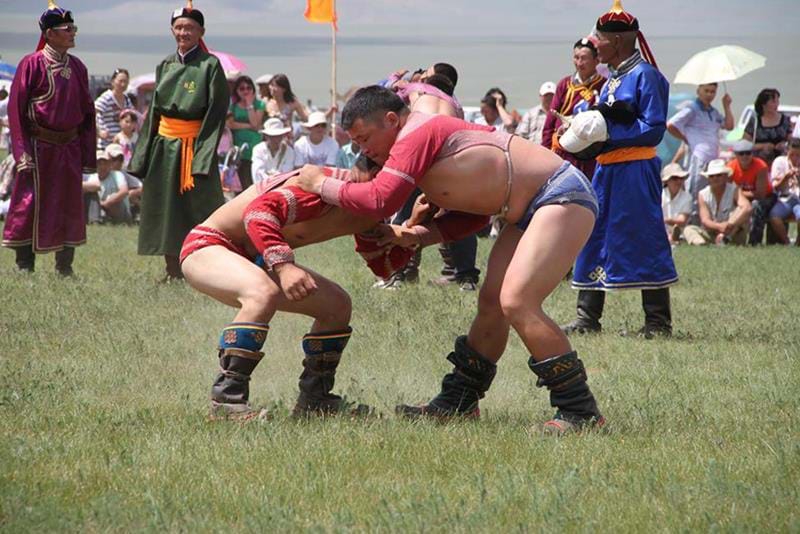 For the archery, full-length silk deel with silk cummerbunds and pointed caps are the costume of choice – for both men and women. Teams of ten archers compete at the same time, each firing four arrows over a distance of 65–75 metres at targets consisting of small cylindrical pieces of cloth called surs, stacked into low walls. Each time one of the archers hits a sur, the referees shout ‘uuhai’ – literally “hoorah!”, echoed by the crowd. 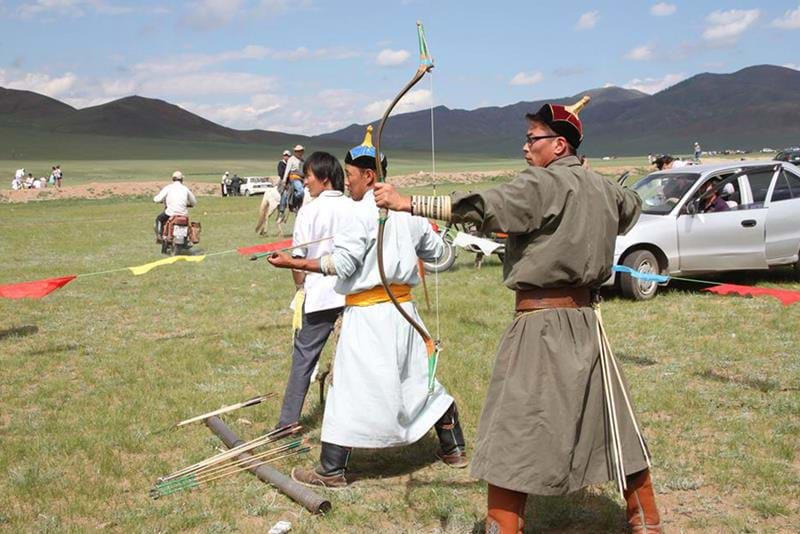 The largest numbers at Naadams gather for the horse racing. Mongolians are horse mad, and a great deal of preparation goes into the big events, in which considerable amounts of prize money and honour may be accrued. The jockeys are traditionally young boys aged between 8 and 13 years old. They train for months ahead of big races, which are generally cross-country events held over distances of 15–30km. 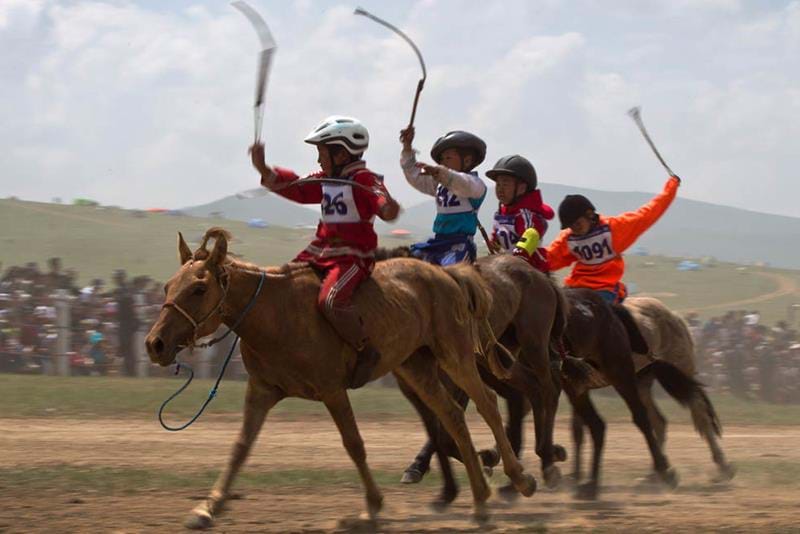 Where to Watch Naadam

As well as visits to the big Naadam games in Ulaanbaatar (staged around July 11th each year) we also like to include provincial events in our itineraries, such as one at Bulgan, 185 miles (300km) northwest of the capital, which has a more homespun feel –  as well as a spectacular backdrop of rolling grassland. Wherever your itinerary takes you, though, summer journeys across Mongolia will invariably coincide with one or two smaller local Nadaams, as over two hundred take places nationwide.