The majority of people who visit Cambodia come with the primary aim of visiting the incredible temples of Angkor Wat. While this site, which is recognised by the United Nations Educational, Scientific and Cultural Organization (UNESCO) as an important monument, is fascinating, it is not the only place where spectacular temples can be seen in Cambodia.

To get away from the usual tourist trail and get a more rounded picture of the many religious sites across the country, it is worth visiting a few lesser-known temples. For a good idea of some of the places you may wish to include on an itinerary, read on.

If you have only ever heard of two sets of Cambodian temples, then the chances are that this is the other one. Having been the last capital of the mighty Khmer empire, many of the temples are still in good condition, making it a fascinating place to explore.

What is particularly interesting about Angkor Thom, is that Hindu and Buddhist belief systems have both been incorporated into the designs of these structures. Another element to look out for its depictions of animals that represent a local belief system outside of mainstream religion.

One of the most well-photographed parts of Angkor Thom is Bayon and for good reason, as the intricate detail of the carving is very impressive. Huge stone faces stare back at the visitor, as they explore this last vestige of a once vast empire. 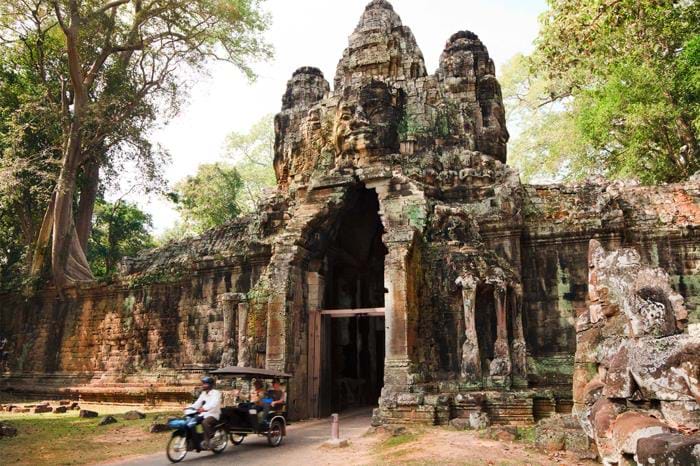 In contrast to some of the more widely visited temples, Ta Prohm appears at first glance to have had less maintenance carried out on it. Despite being recognised by UNESCO on its World Heritage List, a decision was made to leave the site very much as it was discovered.

This means that the jungle and stone monuments live side by side and in many cases intertwined with each other. Trees and roots have grown between cracks and the whole area seems to be being slowly eaten up by the surrounding jungle. 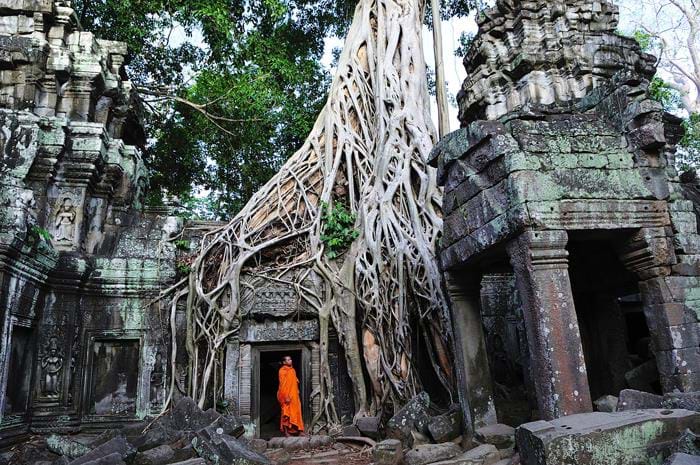 For those fond of a mystery, there is one temple that should not be left out of their trip to Cambodia and that is Ta Keo. This monument is believed to have been started in 1,000AD by Jayavarman V, son of Rajendravarman, but nobody knows for sure why the work stopped.

Speculation has led to theories, such as a power struggle between rulers, with Ta Keo being the casualty, while other ideas include a lightning bolt striking the structure, which was seen as bad luck. Either way, the temple was never completed, but you can see what was achieved, including an unusual representation of the temple mountain, consisting of five tiers. Other impressive features include a moat and decoration applied directly onto the sandstone. 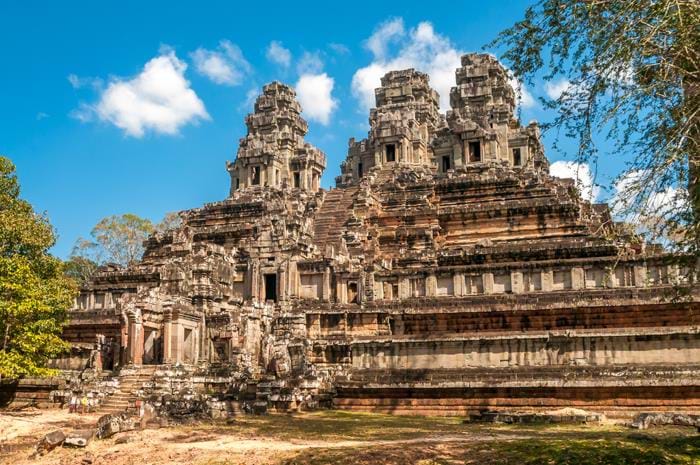 It is just about guaranteed that Prasat Kravan will be unlike any other temple you have seen in Cambodia. To start off with, it was constructed out of red brick and is decorated in elaborate style, complete with tromps l'oeils motifs. The highlight is situated inside, however, as three base reliefs of Vishnu reveal the fact that the temple was dedicated to the deity.

Having originally been built in the 10th century, Prasat Kravan was rediscovered in the 1930s and much of the vegetation was removed from the site. In the 1960s it was decided that work was needed to renovate the temple and this was carried out to try and return the temple to how it would have looked when it was first constructed. It is relatively small as Cambodian temples go, but its distinctive style makes it all the more interesting. 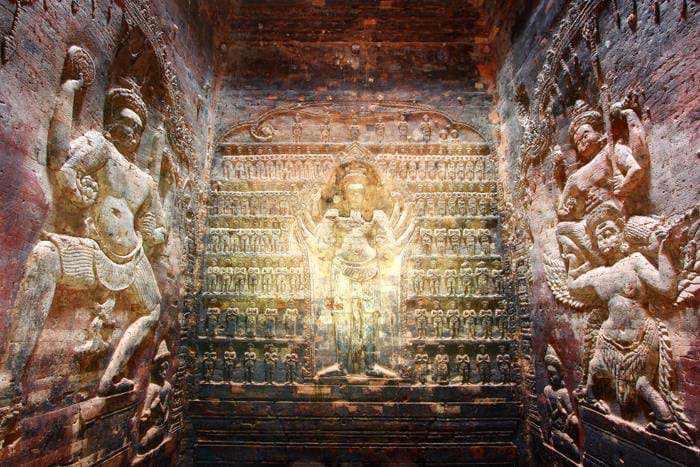 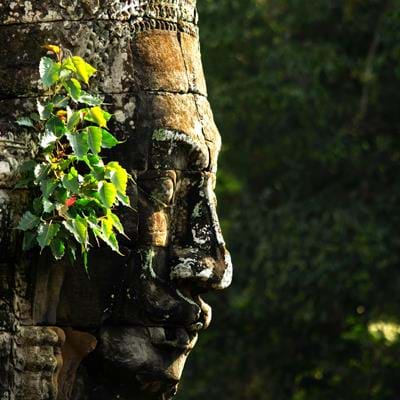