The Nubra Valley is a lesser known part of India that is well worth getting off the beaten track to find. The mighty Himalayas provide its backdrop and the area, located between Tibet and Kashmir, once had a name that meant Valley of Flowers - Ldumra. If stunning scenery, picture-perfect orchards, isolated monasteries and rare Bactrian camels sound appealing, the Nubra Valley should be added to your India itinerary.

Getting to the area is not the easiest journey in the world, as it involves crossing Khardung La, the highest navigable pass found anywhere on the planet. Those who do make the journey will not regret it, as they will be rewarded with a lush valley in the summer months and an otherworldy moonscape in the winter. 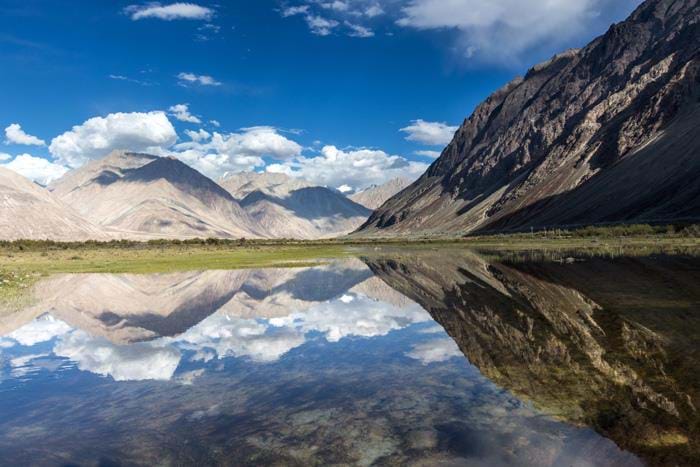 The Nubra Valley was once an important stop on the Silk Road and echoes of this past can still be seen to this day. Pashmina wool and crops including apples, walnuts, apricots, almonds, wheat and barley that are produced locally are all still traded in the valley. The two-humped Bactrian camels, which are native to the central Asian steppes, were once the only mode of transport in these parts and can still be seen carrying people and goods.

The small village of Hunder is surrounded by sand dunes and is a place where visitors can ride Bactrian camels in a typical desert setting. The creatures are descendants from those that plied the caravan routes up to the Chinese border until it was closed in the 1940s. Near a new bridge on the road from Hunder to Diskit is the local gompa, a Buddhist ecclesiastical building and above it the ruins of the Hunder Fort, perched on a cliff.

Take a dip in the sulphur hot springs in Panamik and look out across the Siachen glacier, which was the site of the highest battle ever fought anywhere on earth. The village is just about the furthest north it is possible to travel in India and is located at 10,442 feet above sea level, making it a unique place to visit. 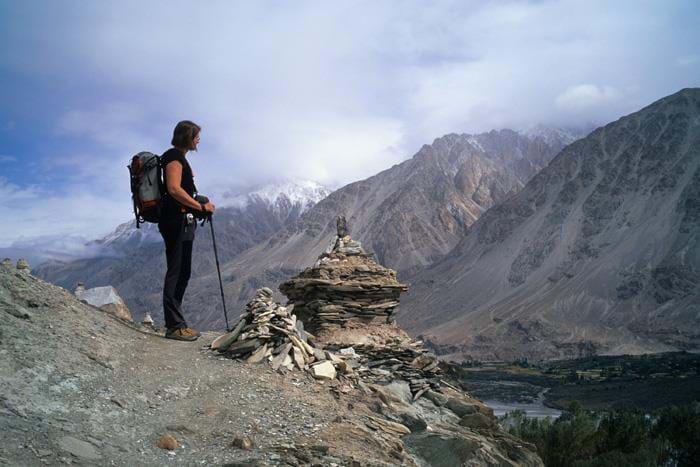 This village may seem an unlikely place for the former royal citadel of Nubra to have been located, but its remains attest to its previous importance. It can be found near the shell that was once the Zamskhang Palace, which has been abandoned. Be sure to visit the Zimskang Museum to find out more about the history of the area and see its artefacts. The mainly rebuilt Sanstemling Gompa is also worth a look due to its colourful decoration.

The town of Diskit is a jumble of Tibetan-style houses reaching up a craggy peak and overlooking a steep chasm. It is centred around a bustling bazaar and has a few sights worth visiting, including a gompa that was constructed between the 14th and 17th centuries and the 32-metre tall Statue of Chamba. This local landmark depicts the Maitreya-Buddha, who is regarded as a future Buddha by some believers. It was inaugurated by the Dalai Lama in 2010.

This small shrine en route to the Nubra Valley could hardly be in a more picturesque setting, surrounding as it is by an upland pond, where the half-cow half-yak dzo crossbreeds come to graze. Take some time to enjoy the peaceful setting with the mountains looming behind. 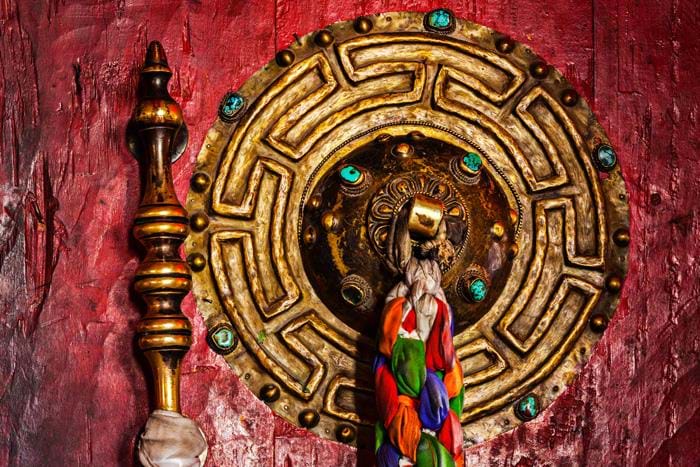