Symbolizing purity, renewal and the changing of seasons, water is the focus of some of Southeast Asia’s most exuberant and joyous festivals – as you’d expect from a largely agricultural region where millions depend for their livelihoods on the vagaries of the annual monsoon.

Perhaps the most striking of all is the celebration that takes places on the banks of the Mekong in the Cambodian capital, Phnom Penh, each October–November, to mark the restoration in the direction of flow of the Tonle Sap river, allowing for a bumper catch of fish. During the monsoons, the amount of water pouring down the Mekong is too great for the width of the waterway, which as a consequence causes the Tonle Sap river to reverse its flow and flood a vast plain around Tonle Sap Lake, enriching the rice paddy and providing prime breeding ground for fish. 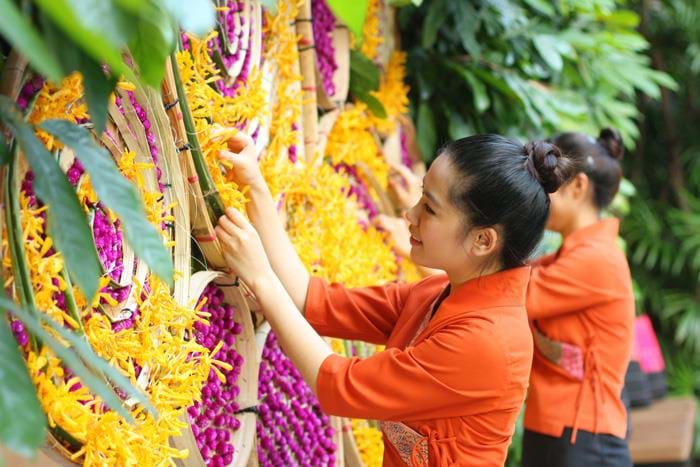 Vast crowds descend from across the country for the three-day festival, known as Bon Om Tuk, which revolves around a series of boat races. Rowing lavishly painted and decorated vessels, over 300 teams of 65 oarsmen (dressed in matching strips and ballcaps!) compete for the coveted top prize, egged on by noisy supporters from the riverbanks. The culmination of the festival is the cutting of a large vine stretched across the Mekong, after which illuminated boats process on the water.

In Myanmar, beautiful Inle Lake is the venue for an equally splendid rowing festival, when four enormous boats in the form of golden birds are paddled around local villages by handsomely dressed crews of Intha leg rowers. Each contains a deity from the revered U Phaung Daw Pagoda, whose passage through the lake’s floating gardens and stilted settlements is believed by the Intha to confer blessings and good luck. 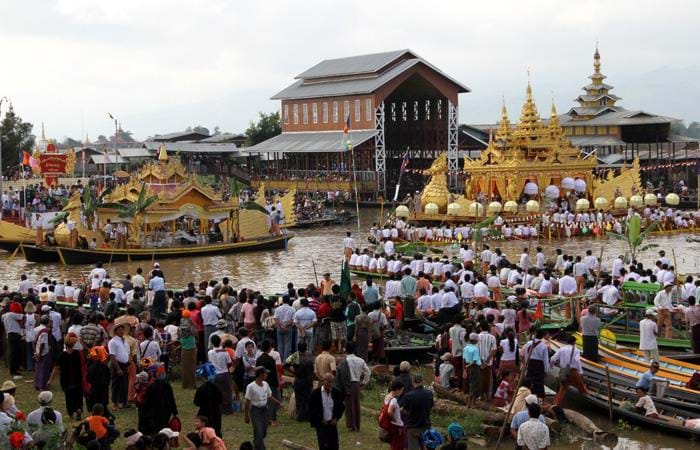 Precisely the same spirit imbues Thailand’s pretty Loi Krathong lantern festival, held in November each year, in which clouds of glowing paper balloons are released into the night sky – one of the most visually enchanting spectacles Asia has to offer. At the end of the festivities, thousands of miniature leaf boats carrying flickering candles are also placed on rivers as offerings.

While the ending of monsoons is a cause for jubilation and religious ritual at the end of the year, anticipation of the rainy season’s arrival after months of soaring temperatures fuels the region’s most raucous festival at the start of the Buddhist calendar in April. Known as ‘Thingyan’ in Myanmar, ‘Songkran’ in Thailand and Laos, and ‘Chaul Chnam Thmey’ in Cambodia, the week-long holiday involves various forms of public splashing, often full-on dousing of strangers and vehicles – an aspect particularly enjoyed by teenagers. The mayhem, often fuelled by prodigious quantities of alcohol, brings whole cities to a standstill. 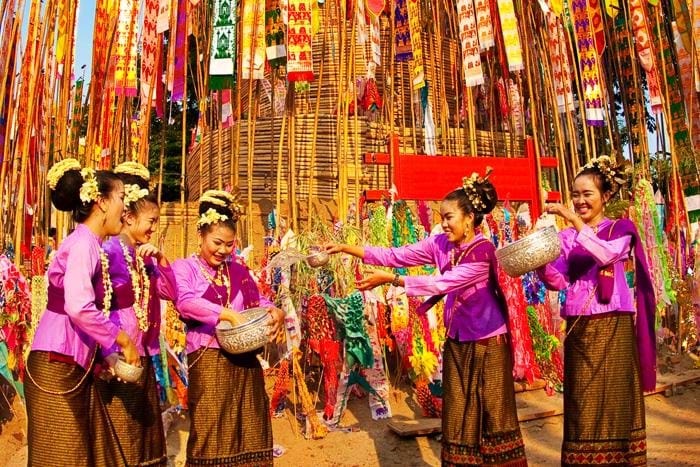