Taekwondo, The Korean Art of Self-Defence

Taekwondo is a Korean martial art that makes use of the whole body and does not utilise weapons. Tae means "to kick" or "smash with the feet”, Kwon means "to punch" or "destroy with the hand or fist" and Do means "way" or "method".

An unarmed combat style used for self-defense, Taekwondo involves skillfully applying techniques that include punching, jumping kicks, blocks, dodges, and actions with hands and feet to evade any physical assault. It is more than a mere physical fighting skill and represents a way of thinking and lifestyle that requires strict discipline. It is a system of training both mind and body, placing great emphasis on developing one’s character.

Taekwondo has evolved through a combination of various martial arts from Korea, China and Japan that have existed for more than 2000 years. It incorporates the abrupt linear movements of Karate and flowing, circular patterns of Kung-fu with native Korean kicking techniques.

Since the official birth of modern-day Taekwondo in April 1955, the development of Taekwondo as a sport has seen a rapid growth with over 30 million people practicing Taekwondo in more than 156 countries around the world.

As a martial art, Taekwondo has a set of guidelines called tenets which students and instructors are expected to observe.

The five tenets of Taekwondo are: 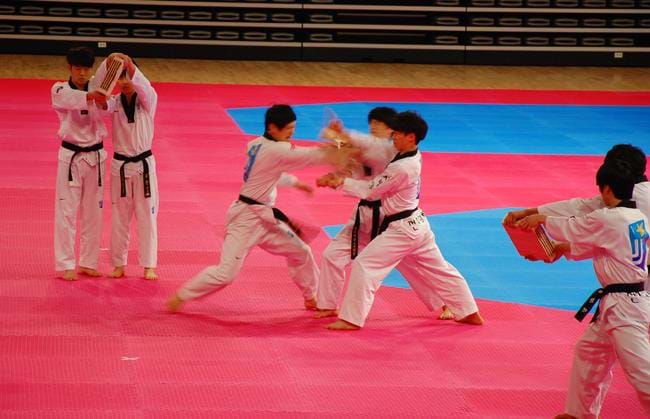 A brief history of Taekwondo

The earliest records of Martial Arts in Korea date back to around 50 B.C. These ancient forms are known as Taek Kyon. The evidence of martial arts being practiced at that time can be found in tombs where murals depict two men in fighting stance. Modern day Taekwondo is influenced by many other styles, of which the most important is the Japanese Karate. Japan ruled over Korea from 1910 until the end of WWII in 1945, and many Korean soldiers were trained in Japan during this period.

Once Korea became independent after the war, several kwans or schools arose. The five original kwans were “Chung Do Kwan”, “Moo Duk Kwan”, “Song Moo Kwan”, “Kwon Bop Bu/Chang Moo Kwan”, and “Yun Moo Kwan/Jidokwan”. These Kwans united in 1955 as Tae Soo Do. In the beginning of 1957, the name Taekwondo was adopted by several Korean masters for its similarity to the name Taek Kyon. General Choi Hong-hi ordered the army to train in Taekwondo, so the very first Taekwondo students were Korean soldiers. The police and air force were trained in Taekwondo as well.

At that time, Taekwondo was merely a Korean version of Shotokan Karate. In 1961 the Korean Taekwondo Union came into being and in 1973, the World Taekwondo Federation (WTF) was founded. In 1980, Taekwondo was recognised by the International Olympic Committee (IOC) and became a demonstration sport at the Olympics in 1988. In the year 2000 Taekwondo became an Olympic sport. 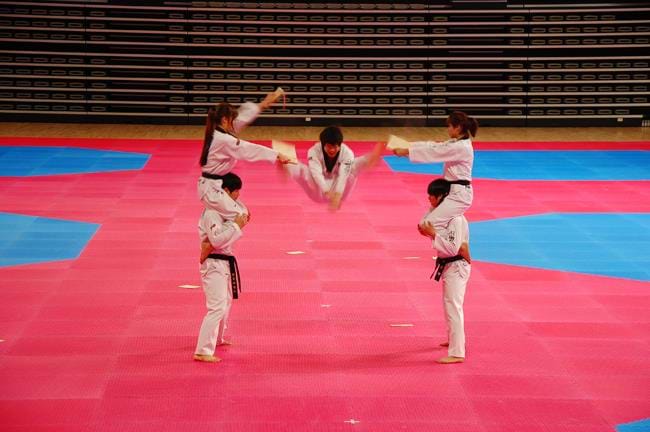 Known as the World Taekwondo Headquarters, Kukkiwon is an organisation in Seoul, South Korea. It was established in 1972 and is the official body responsible for issuing grade certification, as well as conducting grading. It also undertakes research and is home to the World Taekwondo Academy, which trains and certifies Taekwondo instructors through its leadership course.

Built in the heart of Kukkiwon, Taekwondowon is the largest Taekwondo training centre in the world where anyone can start the great change through Taekwondo. A place where students (beginners and advanced) from across the globe can go to undertake training programs of various lengths and levels.

Built in an area surrounded by mountains, the centre also offers a tranquil and refreshing environment for active travellers and families interested in spending a day or two to learn and experience this holistic sport. 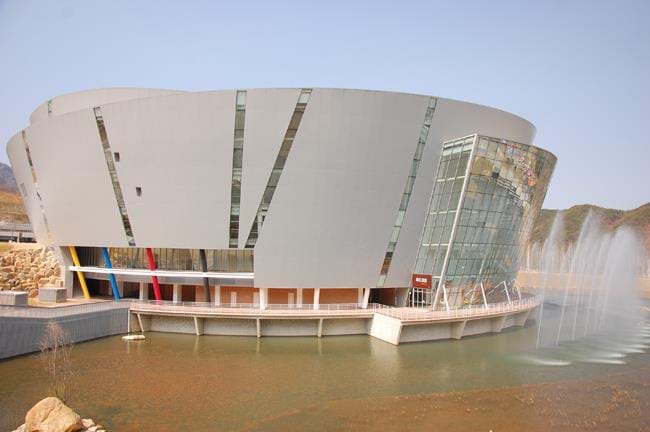 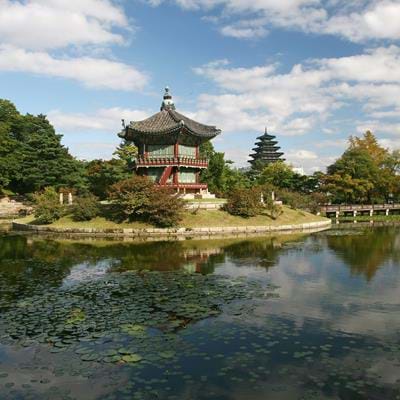