Wars have been fought over it, and the fortunes of empires decided by its trade. But the humble tea plant, Carmellia sinensis, was for thousands of years an exclusively Chinese commodity, grown, drunk and sold according to rules first set down in the first millennium BC, and little altered since.

It was to break China’s monopoly over the leaf – or more accurately, the Qing Emperors’ refusals to swap it for goods rather than gold – that led the British to flood the country with Indian-grown opium in the 19th century, producing millions of addicts and provoking two bloody wars.

In the end, though, an act of daring subterfuge by a gardener from Berwickshire proved the undoing of the world’s most closely guarded horticultural secret. In 1848, aptly named Robert Fortune was sent by the East Indian Company to the forbidden interior of southern China to find out all he could about tea production. Disguised as a Mandarin, complete with waist-length pigtail and silk robes, the young Scot toured plantations and factories across Fujian, Jiangsu and Guandong. After a few failed attempts, he eventually succeeded in smuggling a shipload of seedlings to the Himalayan foothills of India, where they thrived. 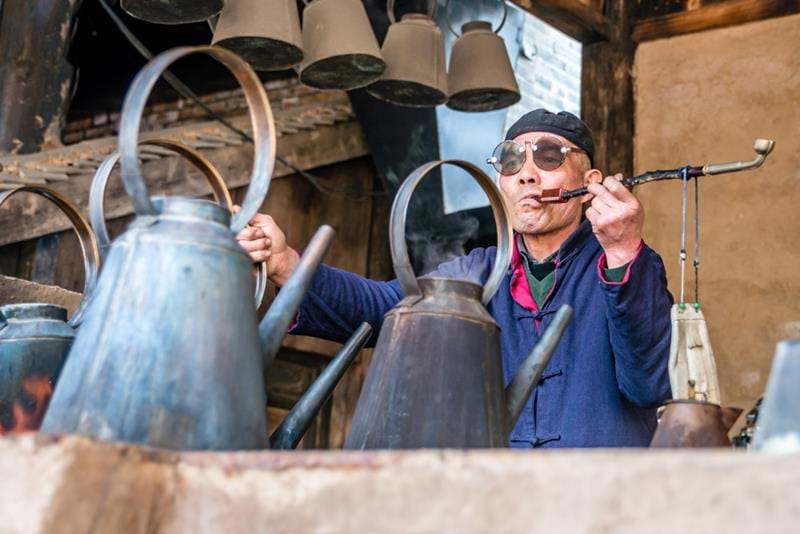 Tea continues to be enjoyed in 21st China, where it is regarded as one of the ‘Seven Necessities for Starting the Day’ (along with ‘rice, oil, salt, firewood, soya sauce and vinegar’). It is drunk in many and varied forms, most commonly ‘green’. Wander around any modern Chinese city and you’ll still see numerous traditional tea shops, where local people linger for hours over tiny white porcelain cups.

This way of consuming tea, in leaf form and brewed in pots, originated in the 14th century, when the Ming Emperor Hongwin decreed that all tributes of tea should be presented in leaf form rather than the compressed bricks which had dominated the trade since the Tang era (and which continued to be carried across Yunnan on the backs of porters to Lhasa via the old Horse Tea Route until the 1940s).

On formal occasions, it is also drunk in elaborate tea ceremonies, similar to those practiced in Japan, where every aspect of the brewing, drinking and utensil placement is codified according to ancient rules of etiquette. One requires the dainty curling of the little finger – thought to be the origins of the “raised pinky” beloved of highborn ladies in Jane Austen’s day. 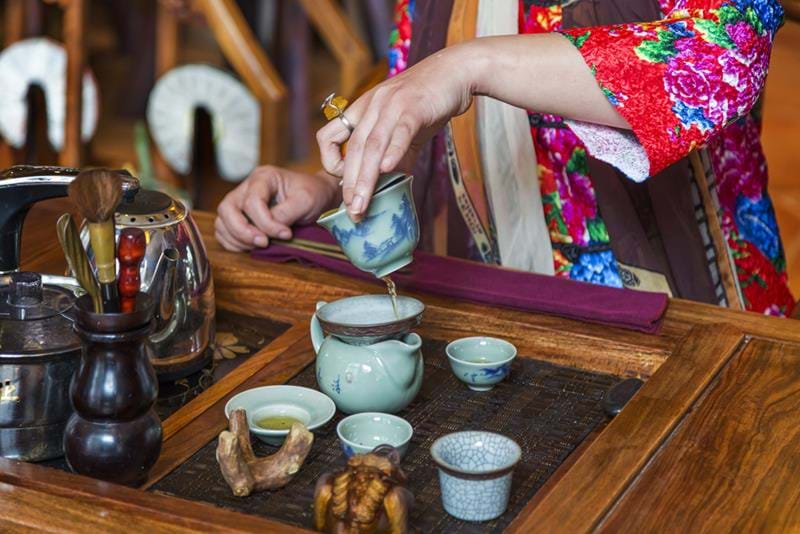