When you imagine Tokyo, you may not think of temples. Perhaps you think of city lights and crowded streets. Eating sushi in back alleyways, admiring cherry blossom season and seeking out Harajuku culture. Tokyo is all these things, it’s a crazy kaleidoscope of culture and energy, yet the city's temples also provide places of peace and solitude. There are places to observe Zen Buddhist or Shinto traditions and if you’re lucky, catch a festival or ceremony in the temple grounds. 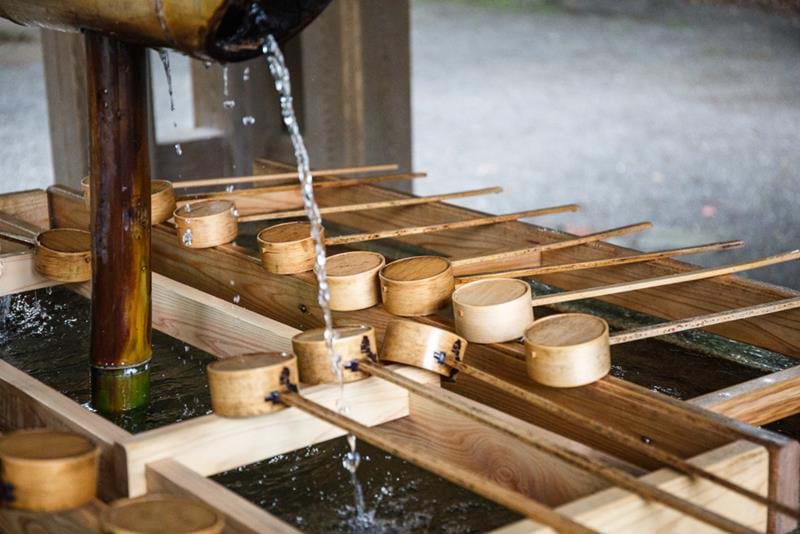 Located on the edge of the Harajuku district in Western Tokyo, the Meiji Shrine is one of the city’s most stunning. Located in the Yoyogi Park, it’s surrounded by an expanse of greenery and forests. Walk through the wooden Torii (temple gate) and you’ll soon find yourself deep in silent trees. It’s hard to believe that a few minutes before you were in downtown Tokyo, one of the city’s busiest shopping districts. But here, time stands still, and it’s only the silent creaking of the forest which leads the way. The temple opens at sunrise and it’s early in the morning that it feels the most tranquil.

On the way to the shrine, you’ll come across a huge display of Sake barrels. These barrels have been donated from brewers all over Japan, with the Sake being used for ceremonies and festivals. Collections of Sake barrels at shrines are known as Kazaridaru in Japanese, and the Sake is traditionally seen as a connection between the gods and people in Japan. 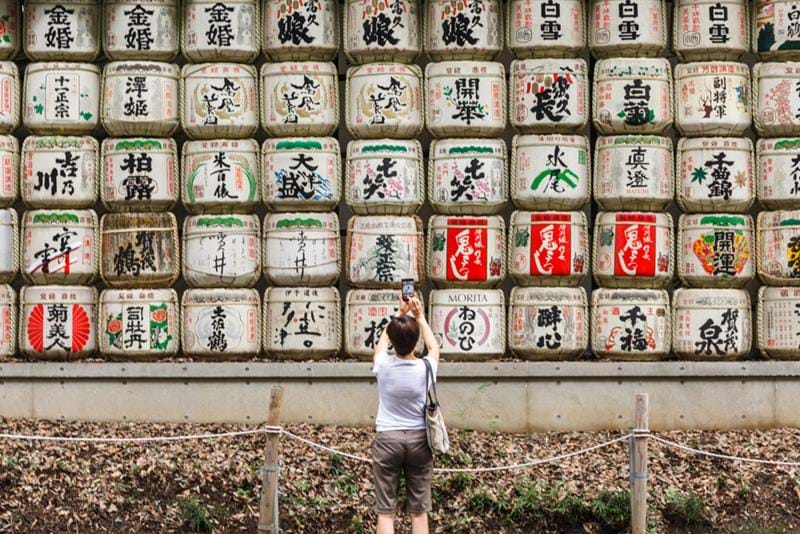 Walk on and you’ll come across the shrines purification foundation, otherwise known as a Chōzuya. It’s an interesting spot to watch locals and pilgrims wash their hands and mouth using the ladles provided. Although it is not essential to partake in the purification ritual, if you want to take part, simply fill the ladle with fresh water, rinse both hands and transfer some of the water into your mouth before spitting it out beside the water fountain.

The temple is dedicated to Emperor Meiji, and was built to commemorate his life after his death in 1912. Meiji was Japan’s first modern Emperor, and he is often attributed with rapidly modernising Japan, and making the country into the world power it is to this day.

Although the temple and grounds were completed in 1926, it was mostly destroyed during World War II, and rebuilt in 1958. The buildings are prime examples of Shinto architecture. Today, it’s visited by Japanese pilgrims and visitors from all around the world, and is one of the most impressive and beautiful temples in Tokyo. 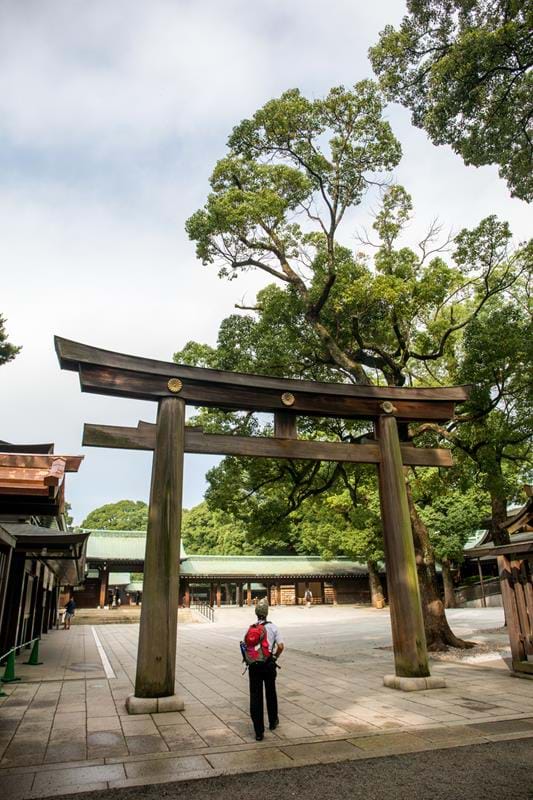 Heading across the city to the East, the Senso-ji Temple is one of Tokyo's grandest and most well visited. Unlike the silent forested surroundings of Meiji, Sensoji buzzes with the vibrancy and life of the city. Surrounded by markets, food spots and hotels, it’s in the heart of Tokyo’s tourist scene. As you head to the entrance of the temple, you’ll pass hundreds of stalls selling both good quality and cheaper souvenirs. It’s a great place for last minute shopping, and most of the stalls are open late into the evening when the main temple building is lit up. 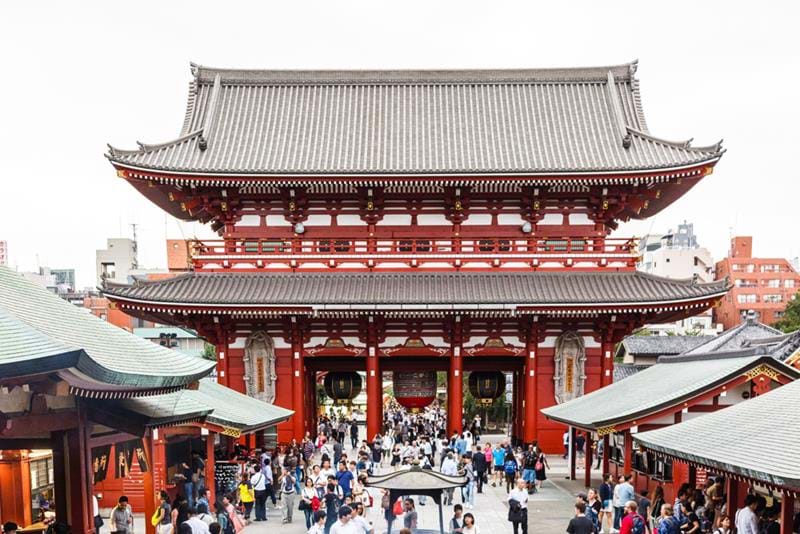 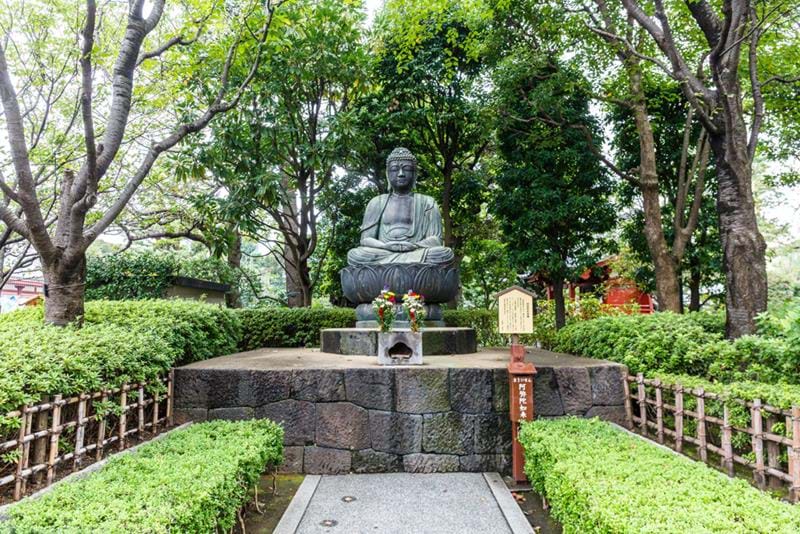 The impressive Hozomon Gate will welcome you to the temple hall. Protruding above the market stalls below, it’s 21 meters high and painted bright red. Hanging from it you’ll find a huge paper lantern and on either side of the gate you can spot two huge straw sandals (or waraji) which belong to the guardian deity Nio.

The main temple building, known as Kannodo Hall is located just past the Hozomon Gate. Incense swirls through the air and during the day, and this area is busy with worshippers and tourists alike. To the left, you'll also witness the five-story Goju-no-To Pagoda. Surrounding the temple is a series of beautiful Japanese gardens filled with koi ponds, Buddha statues, sculpted trees and girls dressed in fashionable kimonos.

While you’re in the area, don’t forget to explore the backstreets and eateries of Asakusa, it’s one of the most interesting areas of Tokyo. 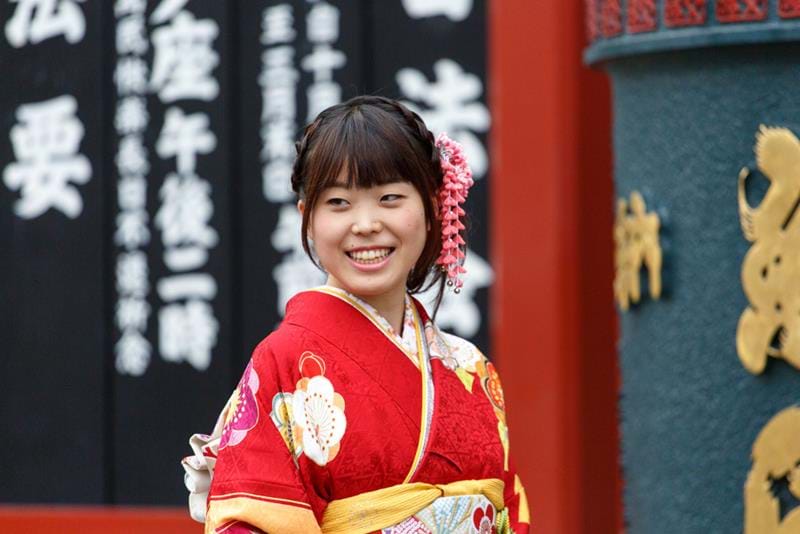 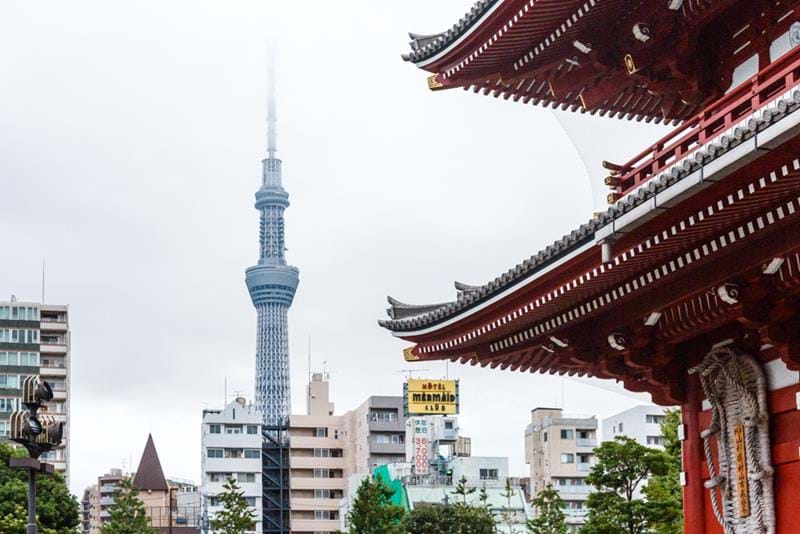 One of the most beautiful shrines in Tokyo is the Nezu Shrine, located on the edge of Ueno Park in the east of the city. Originally relocated to this area in the mid-17th century from the Sendagi area, it remains one of the oldest temples in Tokyo. What most attracts people to this unique temple is the tunnels of Shinto tori, red shrine arches which weave through the forest. While you might find a more famous version in Kyoto’s Fushimi Inari Taisha, the Nezu Shrine, complete with its forested location has it’s own, more miniature charm.

In April each year, the Nezu Shrine hosts the Bunkyo Azalea Festival featuring a stunning display of over 3,000 azalea plants. Alongside the flowers, visitors can enjoy an antiques fair, and many festival stalls. Throughout the rest of the year, it’s one of the quieter areas to visit in Tokyo and as it’s surrounded by parks and gardens, a very peaceful trip from the bustle of the city. 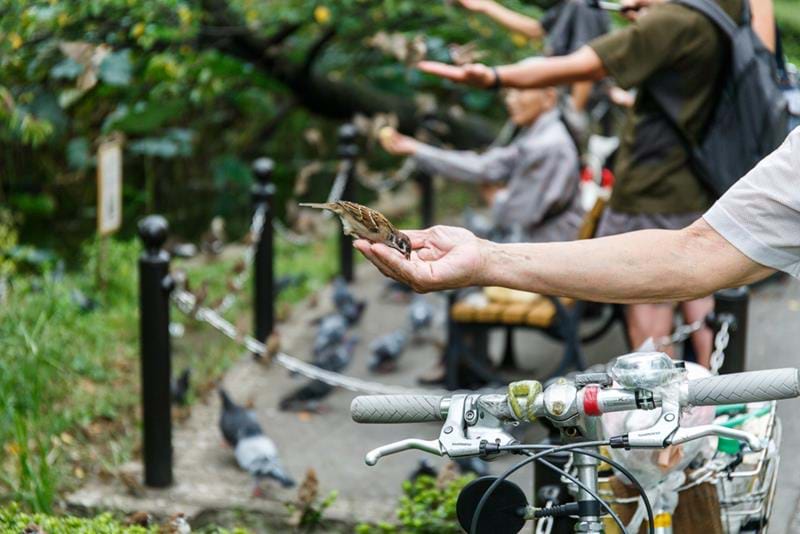 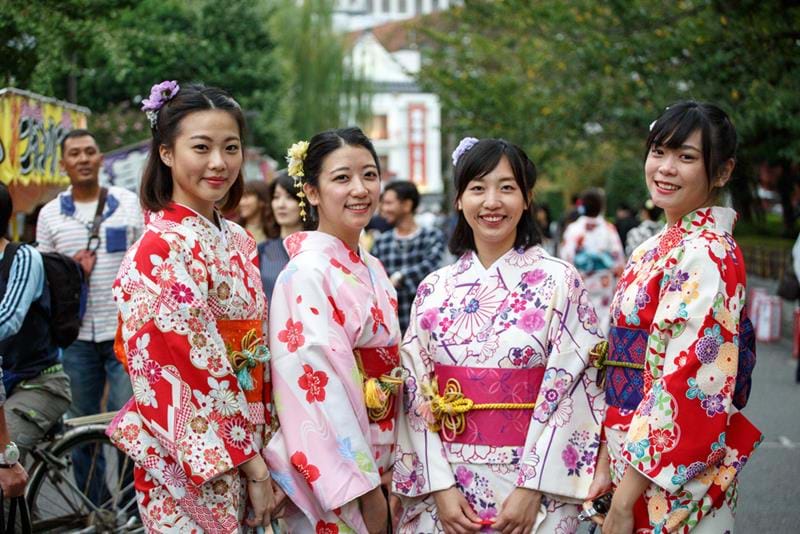 If you would like to visit the temples in Tokyo on your Japan holiday, contact our team of experts they are on hand to help you put together the perfect trip.