Experience the intricate spleadour of the Timurid's legendary mosaic tilework

Of all the art forms refined under the patronage of the Timurids, glazed tilework has achieved the most enduring and visible legacy in Uzbekistan. Every inch of the minarets, domes, niches and facades embellishing country’s world-famous religious monuments are encrusted with intricate ceramics, whose vivid blue and green hues form a sublime contrast with the mud-brick houses of the surrounding streets.

The tilework of Samarkand, Bukhara and Khiva represents the high-watermark of a tradition with roots dating back thousands of years. Examples of glazed mosaics have been unearthed in the ruins of ancient Babylon and Egypt, and all across pre-Muslim Persia. The form, however, achieved new levels of sophistication under the influence of Islam.

The Seljuk Dynasty – who ruled a great swath of West and Central Asia between the 10th and 12th centuries – are generally credited with the innovation that made it possible to produce the most complex designs. By adding quartz, clay and various metal oxides to the slip, and mixing the ashes of certain desert plants as a flux before firing, Seljuk glazes would vitrify at more manageable temperatures, thereby creating more vibrant, and durable, hues. This lead-free technique (later known a ‘faience’ in Europe), in turn gave rise to the so-called Haft Rangi (‘Seven Colours’) form, where individual pieces would be cut and fired separately before being assembled into panels.

The result was an explosion of intricacy and colour across the Islamic world. Bands of fine Kufic and Thuluth calligraphy now accompanied ornate geometric designs, whose finesse reflected the advances in mathematics and astrology being made in the Arab courts.

Skilled ceramicists were brought back to the Timurid cities as captives from Persia to work on the buildings erected by Timur and his descendants. The slaves, however, kept their knowledge a closely-guarded secret: recipes for glaze were rarely committed to paper, being handed on orally from father to son. Only by deploying modern chemistry were UNESCO-funded experts, working five or more centuries later to restore the great mosaics, able to unlock the mysteries of Timurid tilework. Even so, the modern additions already appear as pale imitations of their medieval forerunners. 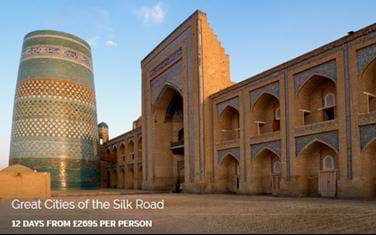 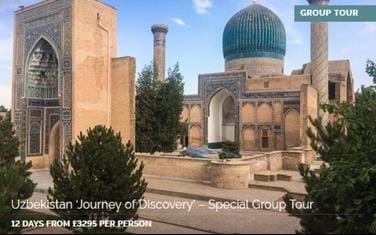 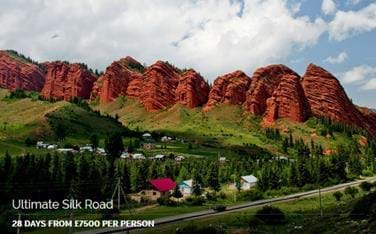