Holidays and Tours to Uzbekistan 2022

Uzbekistan: Ready and waiting for you!

One of our absolute favourite destinations, Uzbekistan is a crucible of culture development at the heart of the ancient silk road.  Home to three of the world’s oldest and most celebrated cities – Samarkand, Bukhara and Khiva the country it never fails to capture the hearts and minds of all who visit.

Uzbekistan has opened its border for international tourists in June’21 for quarantine free travel to anyone with negative PCR test taken 72 hours prior. Uzbekistan allows visa free entry to the UK nationals and as it features on the amber list it means we will all be free to travel to the three from 19-July, with self-isolating on return.

With excellent hotels, tremendous service and great prices, why not plan your visit this summer between now and September or next spring, when our Managing Director will be leading the 19 March 2022 departure of our 11 day Discover Uzbekistan tour.

some of our favourite tours 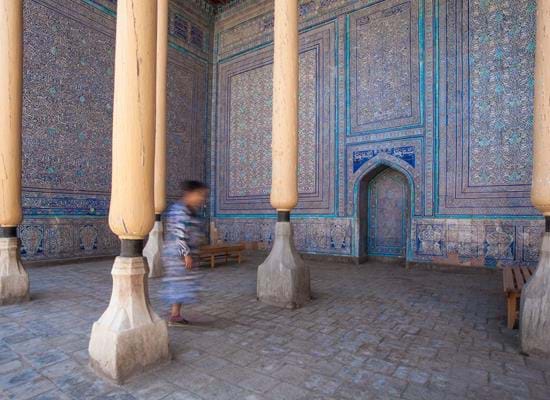 To travellers crossing the great deserts of Central Asia, the splendid turquoise domes and mosaic-tiled facades of Samarkand, Bukhara and Khiva must have seemed like… 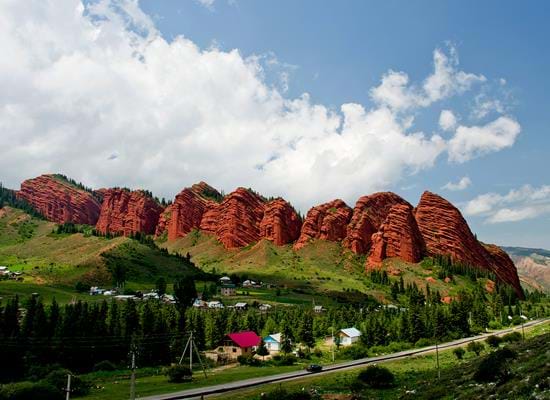 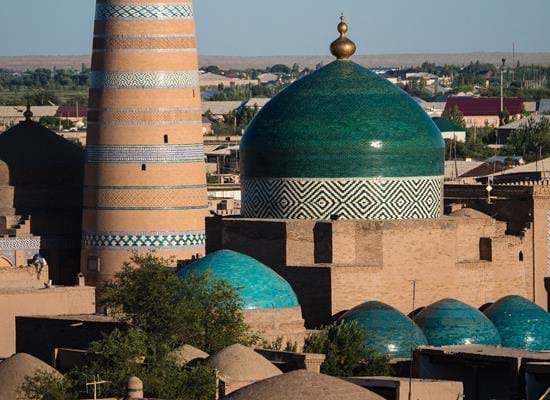 Join TransIndus for an escorted Group Tour to Uzbekistan, a country whose cultural legacy spans more than three millennia. Marvel at the emerald, lapis blue… 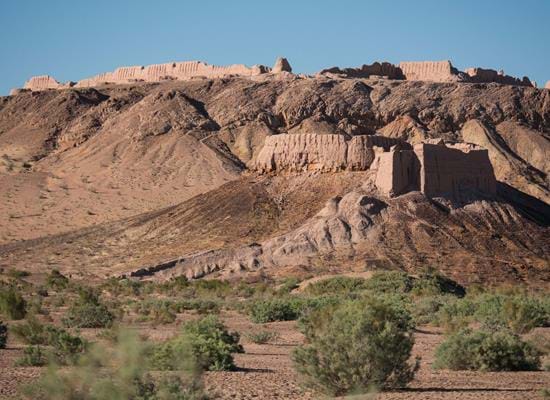 Combining the highlights of Uzbekistan with those of neighbouring Turkmenistan, this itinerary is our recommended option for adventurous travellers wishing to experience the ruined cities… 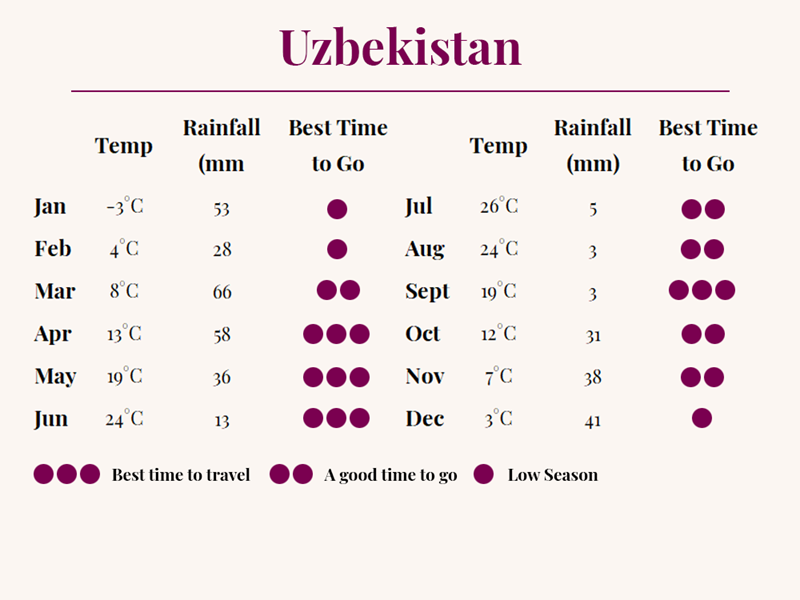 April to May and September to October are the best months to visit Uzbekistan. Temperatures at these times of year are very pleasant, and rainfall minimal. You’ll be able to breakfast on a sunny terrace under clear blue skies in the mornings and walk around comfortably in mid-afternoon. Night times can be chilly in the desert regions by October, but an extra blanket will always be available.

From mid-June through August, the thermometer frequently climbs to well above 40 degrees in the daytime – think Spain at the height of summer. The heat can be particularly intense in Bukhara, and tends to be humid in Tashkent.

If any monuments could be said to epitomize the distant splendour of the Silk Road, it’s the domed mosques, tombs and madrasas of Uzbekistan. An ancient cultural crucible between the Amu-Darya (Oxus) and Syr-Darya rivers, this former Soviet republic holds three of the world’s oldest cities – Samarkand, Bukhara and Khiva – whose walled centres are best described as ‘open-air museums’, with sights spanning five millennia.

Few visitors venture further than the region’s major hubs, but there is ample incentive to do so. The silk workshops of the fabled Fergana Valley, the forgotten fortresses of the Khorezm Delta region, and nomadic camel herders camps on the fringes of the mighty Kyzl Kum desert provide vivid experiences of ways of life buried for decades under the mantle of Soviet rule.

A Country of Contrasts (Client Feedback)

Our latest trip to Uzbekistan was a fantastic view of both the modern day country and the historic cities of the Silk Road. It's a country of great contrasts - immense agricultural landscapes bordered by huge swathes of desert and mountains, with bustling cities like Tashkent and Samarkand rivalling any of our Western cities. Even in Central Asia the cities are full of young people with smartphones and ripped jeans! The Uzbeks must be the friendliest people ever (and we've visited a lot of countries). People came up to us with smiles on their faces, just to talk to us - no ulterior motive. Adults wanted to practise their English, and schoolchildren and older students wanted to talk to us about Harry Potter and popular music. Wonderful. Thank you TransIndus.

See why Uzbekistan is one of our top travel destinations this year. Shot by the TransIndus team on a recent recce to the country, this video features the monuments, markets and crafts workshops of Samarkand, Bukhara and Khiva. 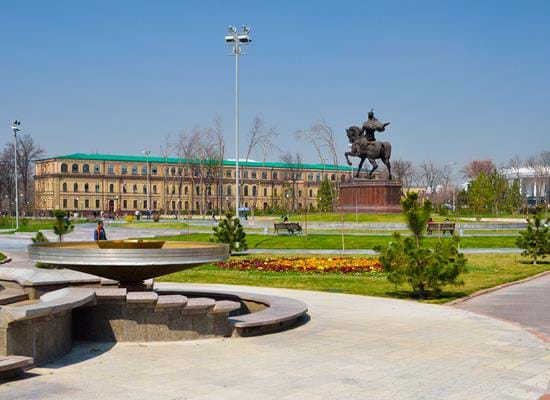 For the majority of visitors, the Uzbek capital serves primarily as a gateway hub, where you can recover from your jet lag in a modern, comfortable hotel and acclimatize with short excursions around the city. Time permitting, we recommend c…

In the early 19th century, the name ‘Khiva’ struck fear into the hearts of Western explorers. The capital of a famously sadistic despots known as the ‘Khans’ (direct descendants of the redoubtable Genghis Khan), it served as the final stagi… 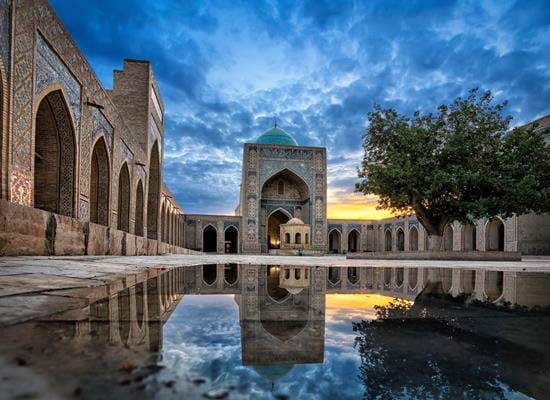 The chimeric monuments of Bukhara were mostly erected by the descendant of Timur, and by the Uzbek Shaybanid dynasty who succeeded them in the 16th century. In recent years, a huge amount of work has been carried out by the Uzbek government… 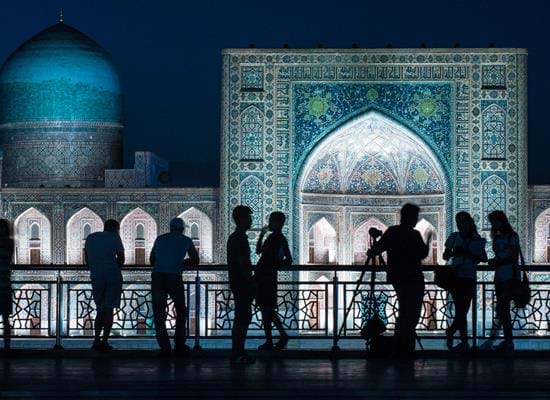 Thousands of captured artisans from Persia, Iraq and Azerbaijan were put to work by Timur to create his imperial capital, Samarkand. Encircled by snow-lit mountains, the exquisitely symmetrical domes and minarets at its heart became the mar… 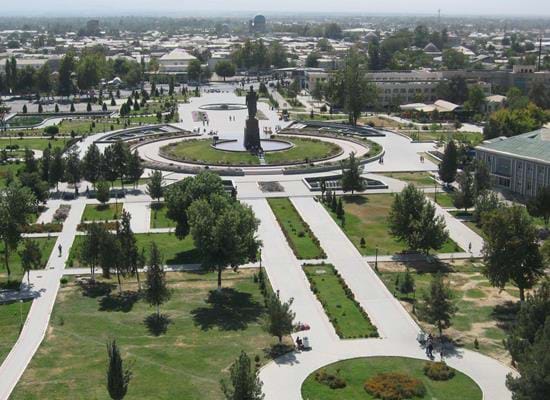 One of Central Asia’s most ancient cities, this oasis 50 miles (80km) south of Samarkand, on the far side of the Gissar Mountains, was where Alexander the Great met his wife, Roxana, in the 4th century BC. It is better known, however, as th… 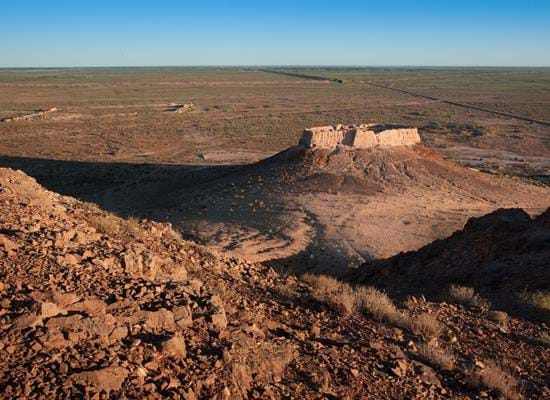 More than two millennia ago, a sophisticated irrigation system channelled meltwater from the Pamirs into the Amu Darya (Oxus) Delta, a region known as the Khorezm, transforming the desert into a fertile oasis of lakes, reed beds, marshes an… 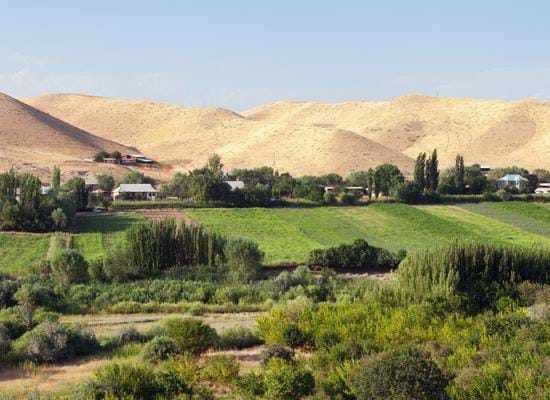 Margilan and the Fergana Valley

Only a handful of places still manufacture silk in the traditional way, the most famous of them in the Fergana Valley, a day’s drive southeast of Tashkent across the Tian Shan range. Although it’s encircled by snow peaks, the ‘valley’ is a… 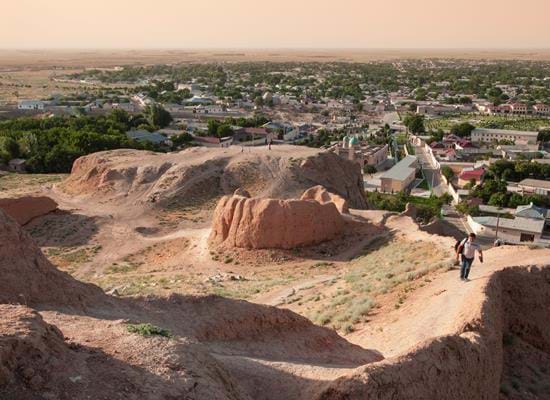 The small but most important town in the Kyzylkum, Nurata, was founded by Alexander the Great in the 4th century BC in the foothills of the Naratau Mountains. The remains of the fortress he built can, amazingly, still be seen on the south s… 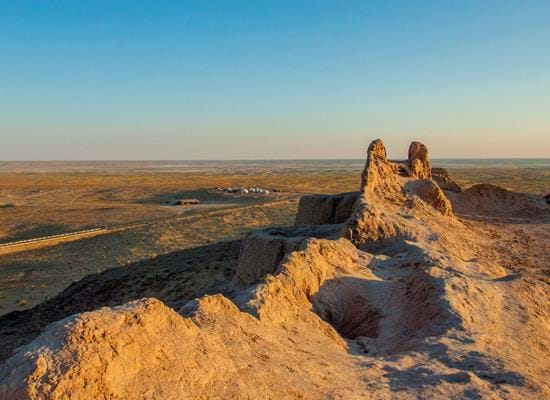 To the north of Samarkand rise the rocky Nurata Mountains – an imposing granite barrier separating the fertile belt of central Uzbekistan from the sands of the Kyzylkum beyond. The majority of locals in this region are Tajik camel herders a… 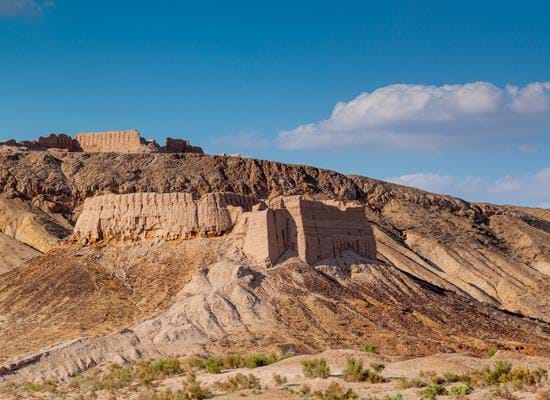 Straddling the borders of Kazakhstan and Uzbekistan, the formidable Kyzylkum (literally ‘Red Sand’) forms a vast area of parched dunes (here known as ‘barchans’) and baked clay flats. Visitors may sample its distinctive atmosphere on short…