Few people could tell you much about the former Soviet republic of Kyrgyzstan, in Central Asia, but it is, quite simply, among the most beautiful places on the planet. Bisected by the Tian Shan, or ‘Celestial Mountains’, the country forms a rugged buffer between the great Eurasian Steppe to the north and deserts of Chinese Xinjiang to the south.

Around 90% of Kyrgyzstan lies above 1,500m, and more than one third of it is permanently snow covered. From the foot of its ice-encrusted summits roll pristine forests of fir and spruce, wind-eroded canyons, and expansive grasslands cradling vivid blue lakes.

For thousands of years, these contrasting landscapes have supported populations of semi-nomadic herders, who grazed their livestock at altitude during the summer months, sleeping in felt yurts and migrating back down the valleys in winter. Today, this disappearing way of life forms the basis of some unique travel experiences we’d like to share with you.

All of them feature on our forthcoming group tour to the country, led by charity founder and photographer, Joan Pollock, which you can browse by clicking the link at the end of this blog.

But first, some inspirational snapshots of what to expect from a journey through Kyrgyzstan  rugged heart of the old Silk Road. 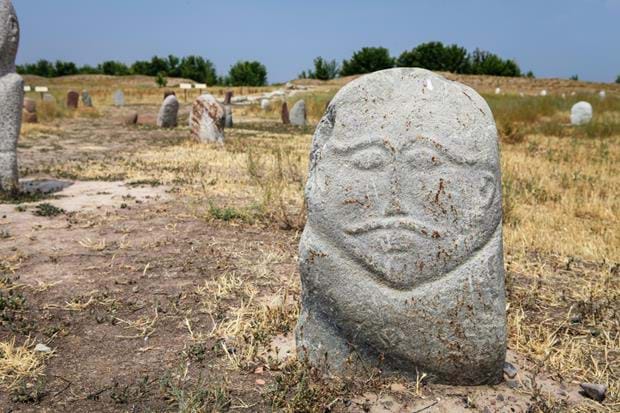 Rising from a grassy plain against a backdrop of windswept ice peaks, the Burana Tower  in the Chuy Valley (pictured at the top of this piece) forms a superbly iconic spectacle. The remains of a minaret that once stood 45m (145ft) tall, it is virtually the sole surviving vestige of the ancient Soghdian city of Balasagun, once an important stop on the Silk Road. Of equal interest is a collection of enigmatic stone grave markers in an adjacent field. Carved into human forms, with faces and weapons clearly discernible, the figures appear to be buried waist or neck deep, as if emerging from the earth. They’re believed to be around 1,500 years old. 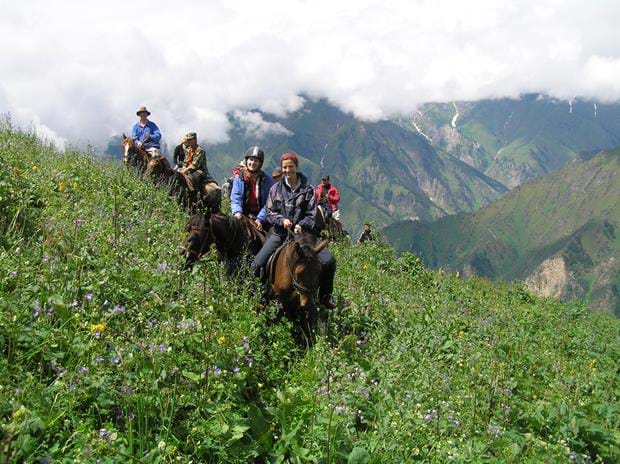 The high-altitude lake of Song Köl in central Kyrgyzstan is one of our very favourite destinations in the region – a spot that has everything you come to this part of the world to see in abundance. Framed by a backdrop of snow peaks, its turquoise waters are enfolded by expanses of rolling grassland used as jailoos in the summer months by local nomads. A few families have set up traditional yurt camps here for visitors, which enables you to experience the unique atmosphere of the lake at different times of day, and in changing light. They also offer horse treks ranging from an hour’s amble to a full-day’s ride over the high ridges – a great way to experience this dramatic landscape. 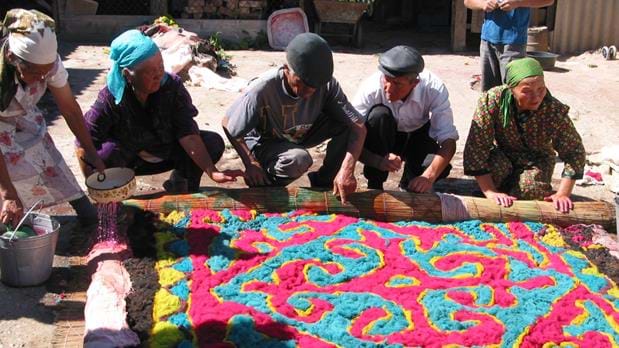 ‘Shyrdaks’ are the traditional felt rugs made by Kyrgyz nomads from sheep’s wool. You’ll see literally hundreds of them for sale at the annual Shyrdak Festival in the village of At-Bashy. Some of the finest makers in Central Asia will be demonstrating their art, making this the best souvenir shopping opportunity in Kyrgyzstan. 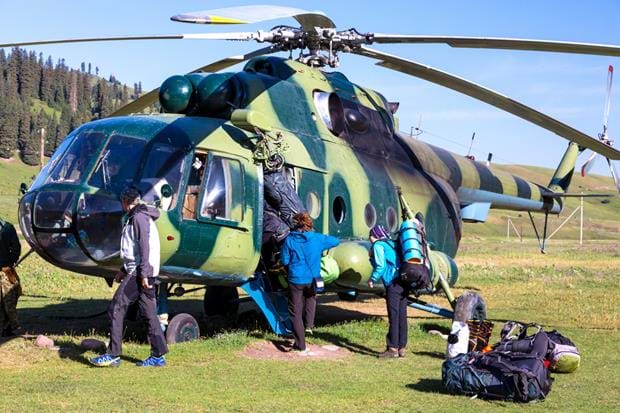 The signature high-altitude mountain trek for this region is the week-long haul to the mighty Inylchek Glacier. Winding for 39 miles (62km) through the heart of the central Tien Shan range, the great ice river is among the longest in Central Asia, and flanked by some highest and most majestic peaks in this part of the world, including Khan Tengri (6,995m/22,950ft) and Pobeda (7439m/24,406ft). Those who wish to enjoy the scenery without the leg work may do the round trip in ex-military helicopter – an unforgettable experience affording matchless views of the Tian Shan. 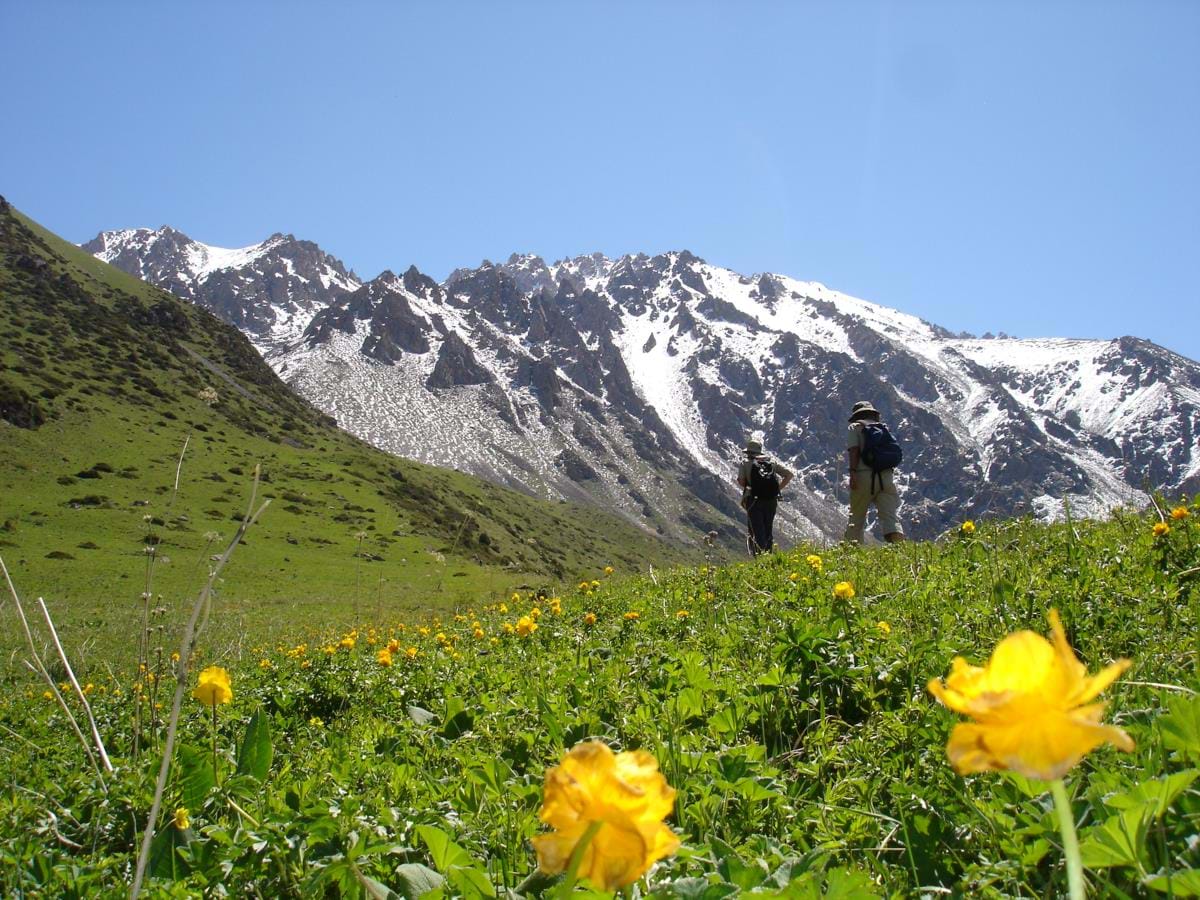 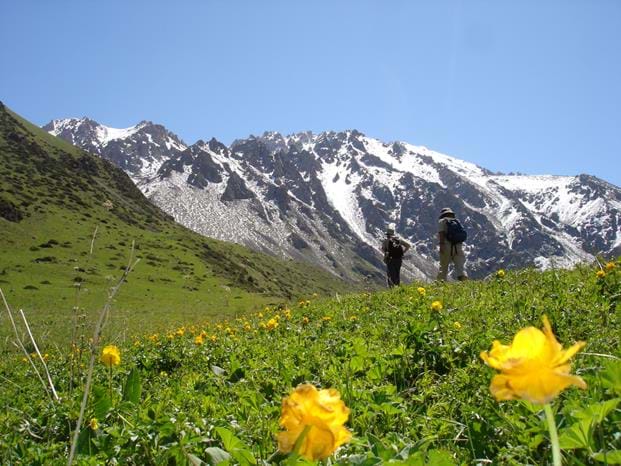 Due to their remoteness and an almost complete absence of infrastructure, Kyrgyzstan’s high Alpine meadows retain some of the greatest biodiversity of all of Central Asia. Trekking through the Ala Too or Tian Shan ranges late spring/early summer is a dream for botanists. 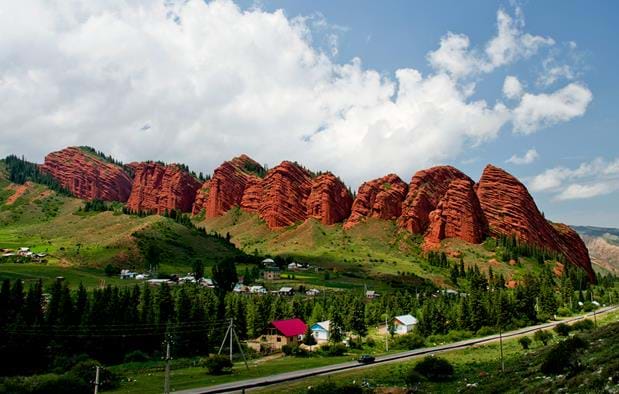 One of the great spectacles of the Kyrgyz mountains are these extraordinary, blood-red outcrops in the Jety Orguz Gorge, above Issyk Köl Lake. Further up the valley, some of the region’s loveliest meadows, waterfalls and beautifully sited nomads’ encampments entice some travellers to delve more deeply into the range. 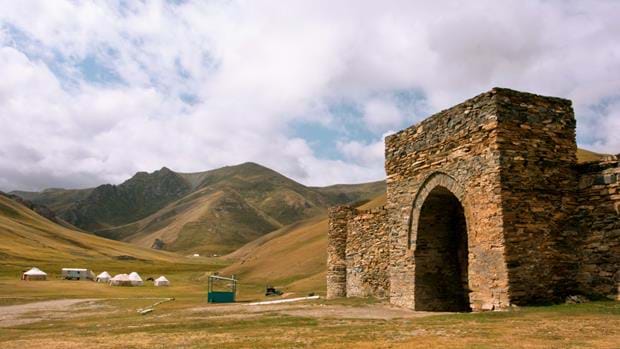 In the Traders’ Footsteps: Tash Rabat

If any sight in Kyrgyzstan could be said to encapsulate the atmosphere of the ancient Silk Road, it’s the mysterious monument in the lap of the Tian Shan mountains. Enfolded by denuded, snow-streaked hillsides, Tash Rabat was originally constructed as a Nestorian-Christian monastery in the 10th century, and later converted for use as a caravanserai, complete with 31-domed rooms and central courtyard. Spend a couple of nights at the adjacent yurt camp, run by the welcoming Nazira and her family, for a vivid experience of this wonderfully remote spot.

In addition to a choice of tailor-made itineraries, our website features a description of this summer’s very special group to Kyrgyzstan, led by charity founder and photographer, Joan Pollock. You can learn more about the trip here. 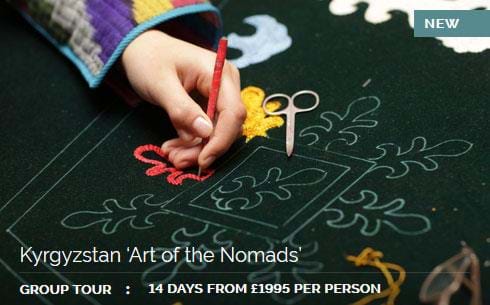 If you’ve been inspired to find out more about Kyrgyzstan, why not talk to our Silk Road specialist consultant, Gary Meynell, at the TransIndus London office? Gary has some great suggestions for routes of varying lengths around the country, in addition to ideas for truly wild adventures in the Tian Shan and Ala too ranges.