Exploring the sights at Petra

Possibly one of the most recognisable and iconic feats of architecture in the world, Petra in Jordan offers plenty of things to explore. While it isn't known exactly when it was built, it was prosperous as the capital of the Nabataean Empire from at least the first century BC.

Although Petra - known as the Rose-Red City - is now a historical point of interest rather than a thriving location, it is certainly the most treasured attraction in Jordan. Much of the city was destroyed in an earthquake in 363 AD, but what remains is well worth a visit.

The first part of Petra you'll be able to explore is the Siq. This legendary feature looks as though it is a natural canyon, but in actual fact the 1.2km-long approach was a solid landmass that was split by earthquakes.

With its high sides, the Siq is certainly imposing. The approach can seemingly go on forever, but it won't be too long before you catch your first glimpse of the city, which is enough to take your breath away. 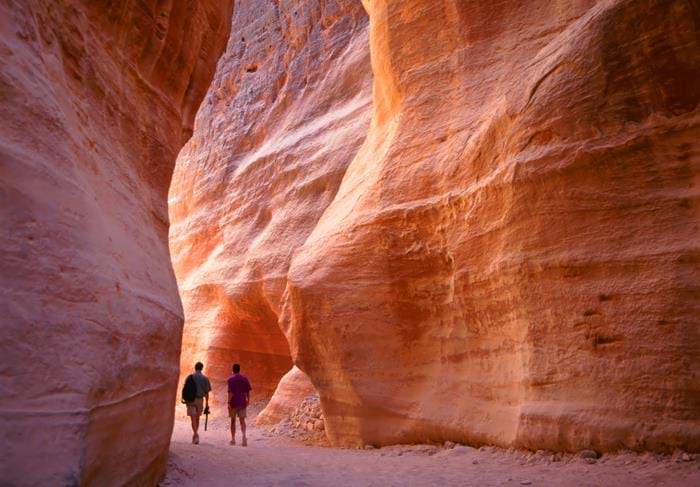 While the Siq is the first stage of your journey, the Treasury is the first real part of the city of Petra. It is also one of the most impressive parts of the ancient city. Known as Al-Khazneh to the locals, it features an intricate facade that is carved directly into the sandstone cliff.

It was built as a tomb but became known as the Treasury when locals started to believe that an Egyptian pharaoh had hidden all his gold and jewels in the top urn. This isn't the case, but that doesn't make it any less of a treasure as the plinths, pillars and alcoves that were all carved by hand are truly exquisite. 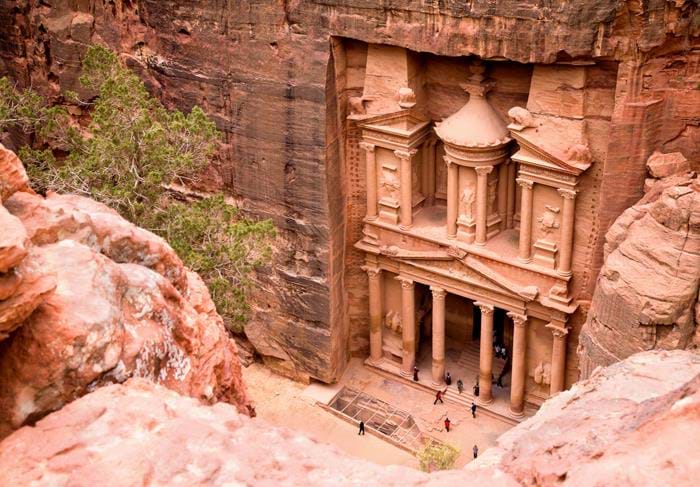 Leading on from the Treasury is the Outer Siq, which is known as the Street of Facades due to the large number of tombs carved into the rock faces. In total there are over 40 tombs in this area of the city, each with their own characteristics.

This is where you will really start to feel as though you are in an ancient city, as the splendour of the tombs, even now, is astounding. You can explore these closer by heading up the set of steps that lead to the High Place of Sacrifice. The ascent is fairly steep and will take around 45 minutes but you'll be rewarded with a magnificent aerial view of Petra.

You can come down from the High Place of Sacrifice via the Garden Tomb, which will also lead you past the Garden Triclinium and the Roman Soldier's Tomb, giving you a chance to see them up close and really appreciate the attention to detail. 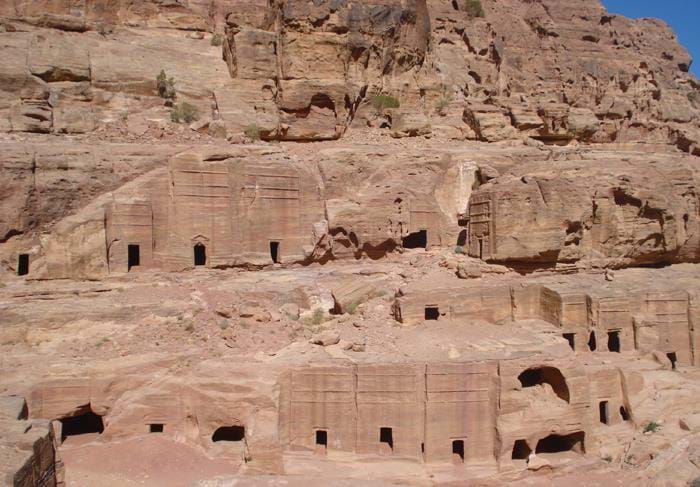 One of the best places to explore in detail is the Royal Tombs, which are accessed by another set of steps opposite the Theatre. The status of those buried in the tombs is obvious through the high level of detail in the stone carvings. While Petra as a whole features amazing craftsmanship, these are definitely the most impressive sights.

You can also access another mystic high place by taking the trip to the Royal Tombs, although it is worth noting that the journey will take an hour. 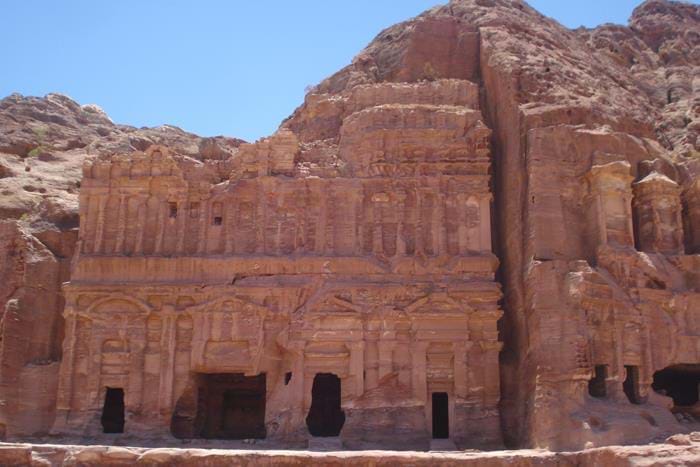 There are a number of temples in Petra, which are all located close to each other. Simply head along the colonnaded street and past the ruins of the Nymphaeum to reach the temples.

You'll find the Great Temple and the Temple of the Winged Lions here, which are also carved into the rock faces. However, the temple that is really worth a look is the Nabataean Temple, which is known as Qasr al-Bint. This is one of the only free-standing buildings in Petra, offering an imposing insight into the importance of religion to the ancient culture.

This is by no means the end to the amazing sights that are waiting to be explored in Petra, but it's a great way to start your exploration of the site. 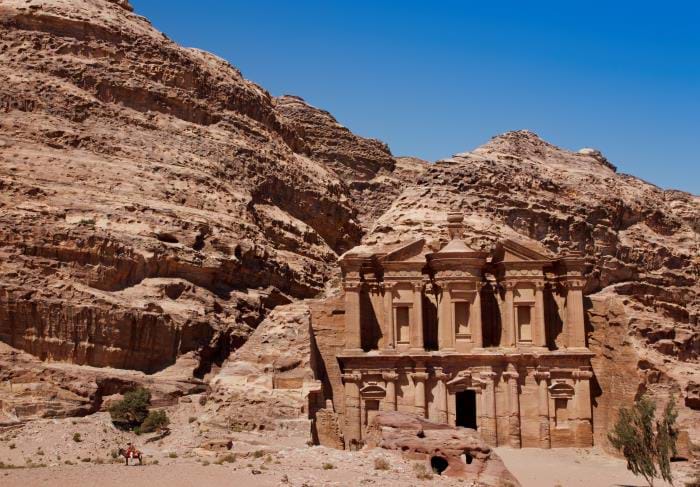 Discover the highlights of Jordan, including the UNESCO-listed city of Petra, on our 8-day Classical Jordan group tour. 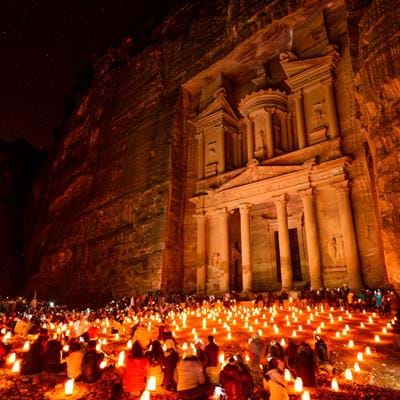