Over thousands of years, an elaborate network of pilgrimage routes has evolved in India, inter-connecting the great religious centres of the subcontinent. And thanks to the ease of modern travel, these are more popular than ever. The most revered shrines, such as the temple of Lord Venkateswara at Tirupati in Andhra Pradesh, or the Sikhs’ golden Hari Mandir in Amritsar and the Dargah of Kwaja Miunuddin Chishti at Ajmer in Rajasthan attract huge numbers of visitors year round.

None, however, command the levels of attention lavished on the so-called Kumbh Mela festivals, held every three years at four locations in rotation: Allahabad, Haridwar, Nasik and Ujjain. An estimated 100 million pilgrims descended on the confluence of the Yamuna and Ganges at Allahabad in February 2013 to bathe, 30 million of them on a single day – the largest gathering of humanity ever known. 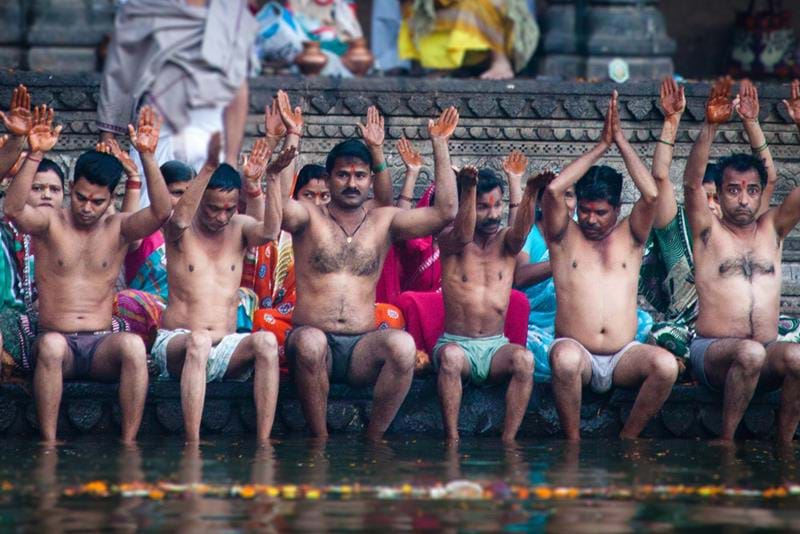 Although it is thought that mass bathing events such as this have occurred in India for many centuries, the tradition of pan-Indian pilgrimage really took off in the 8th century AD, after the Hindu philosopher and reformer, Adi Shankaracharya, established the so-called ‘Char Dhams’. Identified as the most powerful temples in the country, these ‘Four Abodes’ at Dwarka (in Gujarat), Puri (in Odisha), Rameshwaram (in the far south) and Badrinath (in the inner Himalayas) became the cornerstones of a pilgrimage circuit forming a perfect square of vast extent.

‘Char Dhams’ is also the name of a shorter, but physically arduous route in the Himalayan mountains in northern India. Connecting the temples of Badrinath, Yumunotri, Gangotri (close to the source of the Ganges) and Kedarnath, the path is only open in the summer when the high passes separating the holy places are free of snow. The centuries-old trail, paved and stepped for much of the way, is particularly popular among sadhus, wandering renunciates and ascetics who spend their lives travelling between India’s holy places. Since the construction of metalled roads to them from the plains, however, the temples themselves have become easily accessible to the general population and are now crowded during the short summer season. 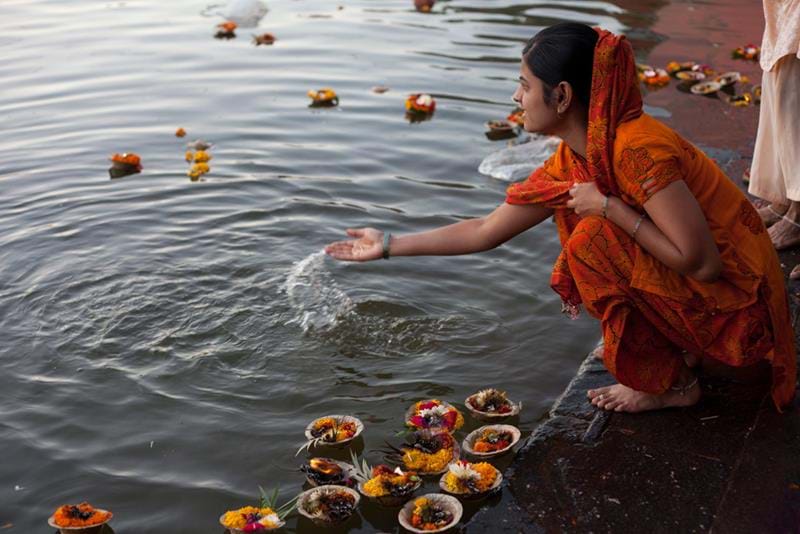 But even the Char Dhams at full capacity are mere backwaters compared with the mountain shrine of Lord Ayappan at Sabarimala in the southern state of Kerala. Each year, between mid-November and mid-January, 10 to 50 million men leave their homes and families to trek to this remote temple. Distinctive in their black lunghis (sarongs) and bare chests strung with sacred rudraksha seeds, they travel in packed buses and are a defining feature of the deep south in the winter months. 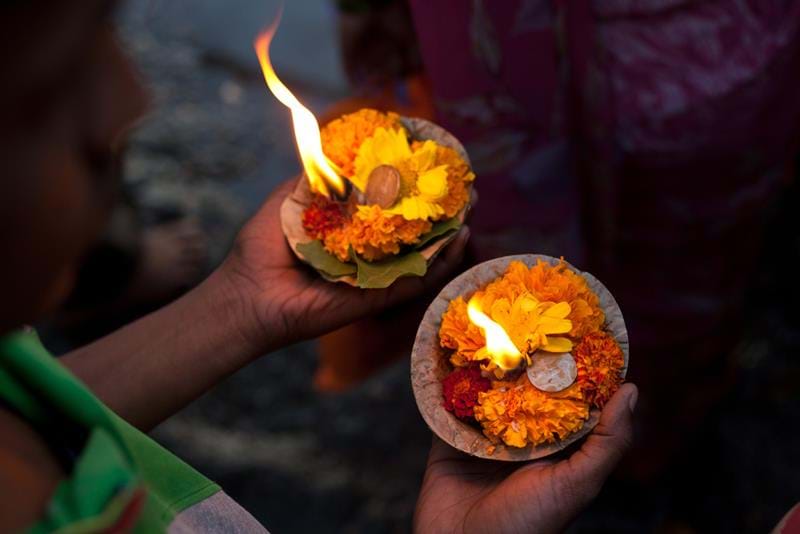 Regardless of their attire or chosen mode of transport, the one thing all pilgrims following the highways and byroads of the subcontinent have in common is a desire to reach their goal. Visiting the holy places of India, you’ll often have the great pleasure of witnessing the moment when weary pilgrims finally arrive at the culmination of their journey, placing their palms together in supplication or prostrating themselves in prayer to receive the blessings of the god or saint in honour of whom the pilgrimage has been undertaken. 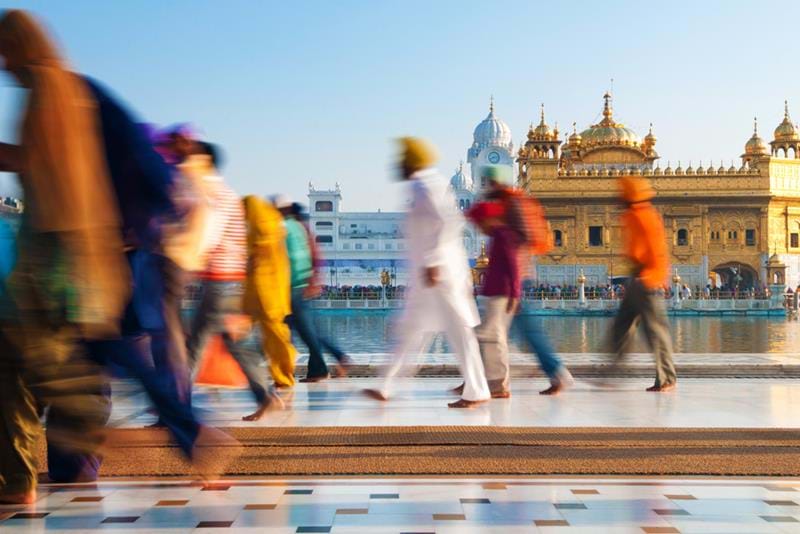