On location: Beecham House in India

Travel writer and Indo-phile David Abram on why a new TV costume drama has provided plenty of Indian travel inspiration.

I made it plain to all my friends and family. For the past six weeks, Sunday nights have been sacrosanct. No-one expected me to pick up or answer the door from 9pm. Forget ‘Love Island’. The epic costume drama on ITV – ‘Beecham House’ – has been my Guilty Pleasure of the summer.

For those not in the know, the series (which came to an end last week in a rip-roaring finale) was a classic period saga set in Delhi around the start of the 19th century, at the time when the not-so-Honourable East India Company were vying for control over India’s trade with the French. The main character, John Beecham (played by Tom Bateman) leaves the Company to pursue his business interests independently, settling with his complicated, multi-cultural family in a mansion on the outskirts of the Mughal capital.

There ensues a tangled web of Upstairs-Downstairs intrigues and love triangles, set against a seductively exotic backdrop of cusp-arches and onion domes. Think ‘Downton Abbey meets the Far Pavilions’ and you’ll be close to the mark. In the final episode alone, there was a declaration of love with the Taj Mahal in the background; a stabbing; and an abduction of a baby. 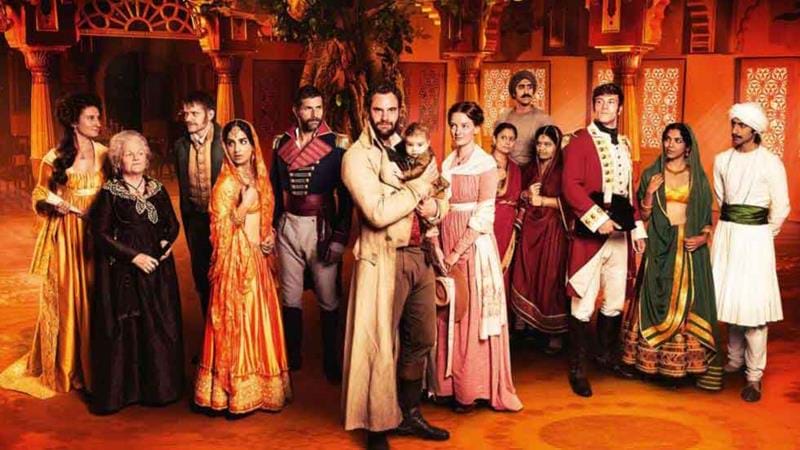 The rather far-fetched plot of Beecham House, however, was not where the real interest lay for me. Anyone like myself, who has visited the region where the show was filmed, will probably find settings of the drama more compelling than the actual characters themselves. I can barely recall many of the hushed conversations held in the inner courtyards of the Beecham mansion because I was so transfixed with the architecture, interiors and costumes!

Director Gurinder Chadha and her production team (of ‘Bend It Like Beckham’ fame) did a fabulous job bringing the period to life. She is quoted has having said that ‘(you) can’t beat India on camera. It looks like India, and nowhere else does.’ And she is absolutely right. It was truly wonderful to see the country’s 18th and 19th-century monuments as they would have looked in their prime, peopled by a cast in scrupulously styled dress. And what dress: the Indian women, in particular, looked magnificent in their shimmering silk and fine jewellery. 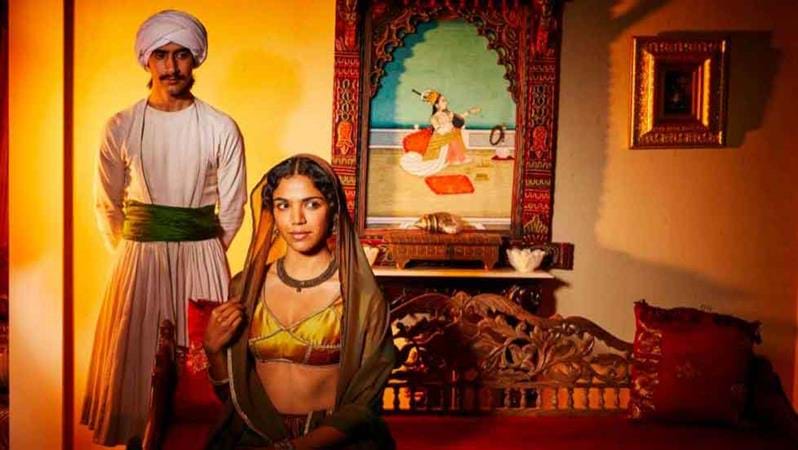 So much so, in fact, that I recently contacted the production company who made the series to ask where they shot it. They were extremely helpful and sent me a comprehensive list of the locations. It included no small number or surprises – not least that much of the drama was filmed only five minutes’ walk from the TransIndus office . . . . in Ealing!

The remainder of the sites were of a more authentically Indian provenance, chosen to evoke the beauty and romance of the Rajput and Mughal eras. Fans of the show will be delighted to learn most are open to the public and may be included in any TransIndus tailor-made tour of Rajasthan and the Golden Triangle.

Here is a rundown of the main ones featured in the drama, with a little background on each and links to suggested tours that could be adapted to include them. Suffice to say, I’ve already added Kishangarh (which I’ve driven past countless times between Delhi and Jaipur but never pulled over to visit) to my list of ‘must-sees’, along with Chomu House. And I’ve scheduled a return visit to Samode Palace in the autumn. They won’t look quite as alluring without Pallavi Sharda sashaying around in sequin-encrusted dupattas, but hey, I can always take the box set with me to watch in the evenings . . . 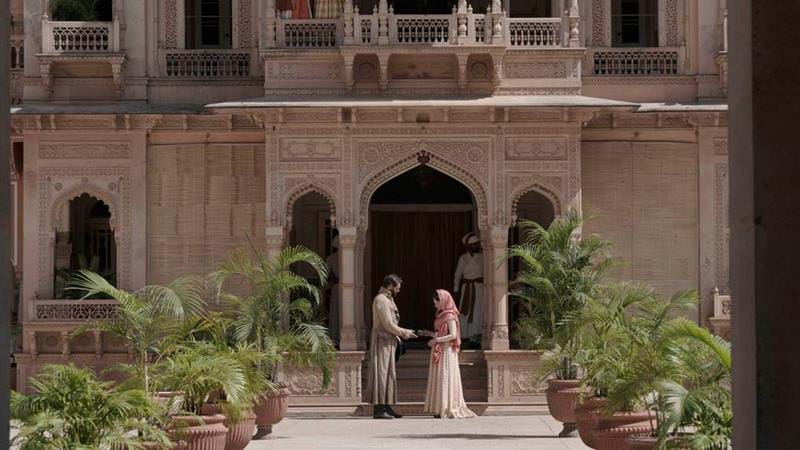 Three separate properties were used as locations for John Beecham’s elegant mansion in Delhi. For the driveway, main gates and façade, the producers chose a haveli on the outskirts of Jaipur called Narain Niwas. It dates from the early 1920s and was built by a high-ranking aristocrat from the Kanota ruling dynasty as a garden retreat from the main family mansion in the old walled city. The property is today run as a small heritage hotel which TransIndus regularly uses for clients looking for somewhere low key to stay that’s well outside the city. 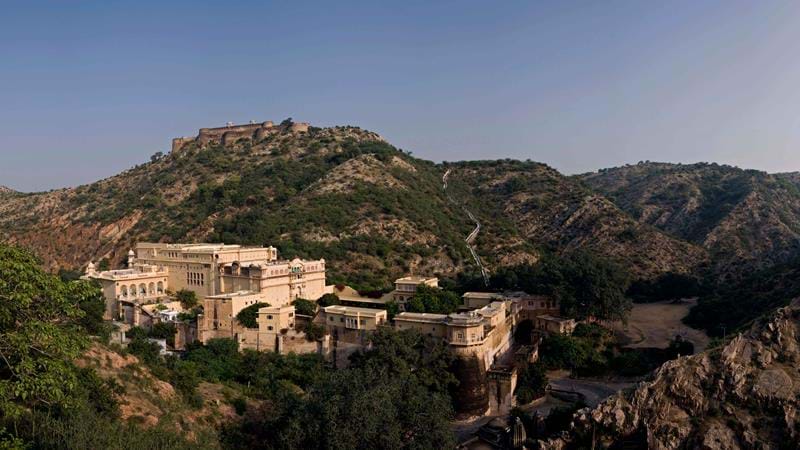 For the servants’ quarters and rear-side of the house, Samode Bagh, a spectacular Rajput palace an hour’s drive north of Jaipur, provided the locations. Both Samode Palace and its garden property, the Bagh, are old favourites of ours and have welcomed countless TransIndus clients over the years. 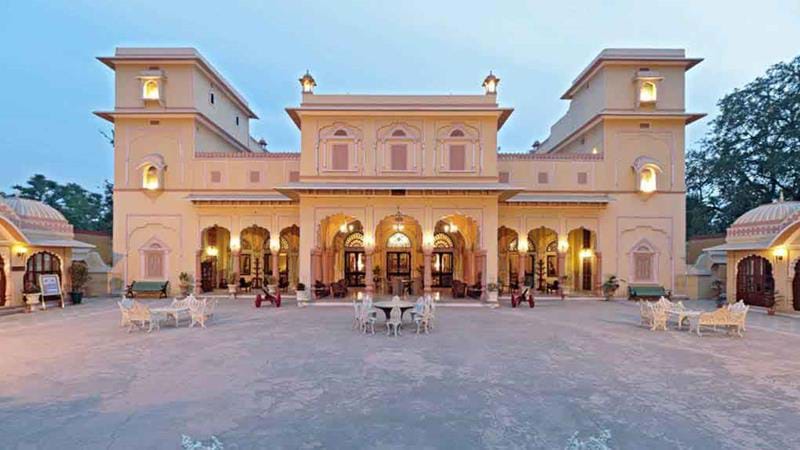 Scenes in the lavish home of the Mughal merchant and would-be ally of John Beecham were shot mainly at another off-the-beaten track property outside Jaipur called Chomu House, which, like nearby Samode, operates as a heritage hotel we use from time to time. 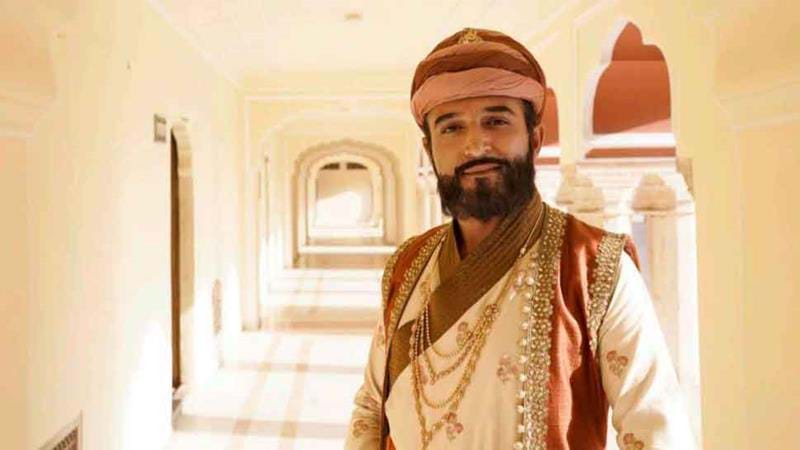 The palace of local ruler, Shal Alam, had to be somewhere extraordinary, given his status in the drama, so the producers bit the bullet and negotiated access to the great City Palace in Jaipur for some of the scenes.

The complex was built by Maharaja Jawai Jai Sing II in 1727 and remains one of the most splendid palaces in India. The Jaipuri royal family still live in one wing of it, though most is given over to a museum. No tour of the region is complete without a visit; we tend to ensure TransIndus clients get there when the doors open first thing in the morning to avoid the bus parties that descend later in the day. 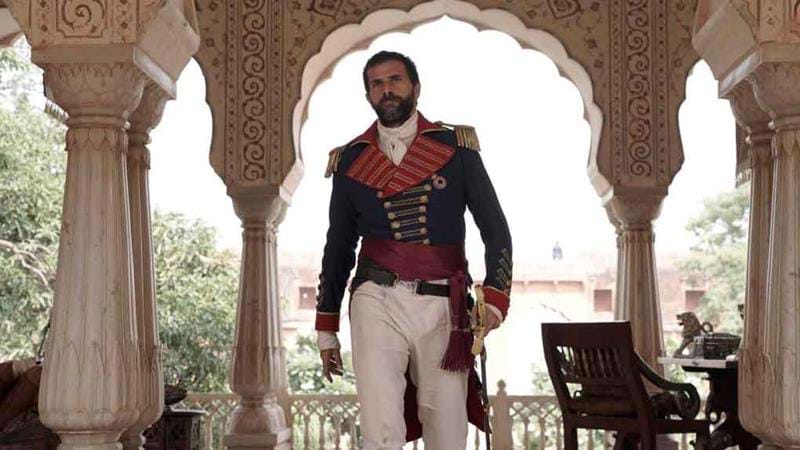 Raigarh Palace, overlooking Amber Fort to the north of Jaipur, stood in for the Delhi home of Beecham’s French rival, General Castillon. It is much less visited than its more famous neighbour so the producers were able to shoot without attracting the kind of crowds that typically congregate whenever movie cameras appear in India! Relatively few people extend their tour of Amber to explore Raigarh but we often recommend clients do so as the view over the ramparts and Aravalli hills is magnificent. 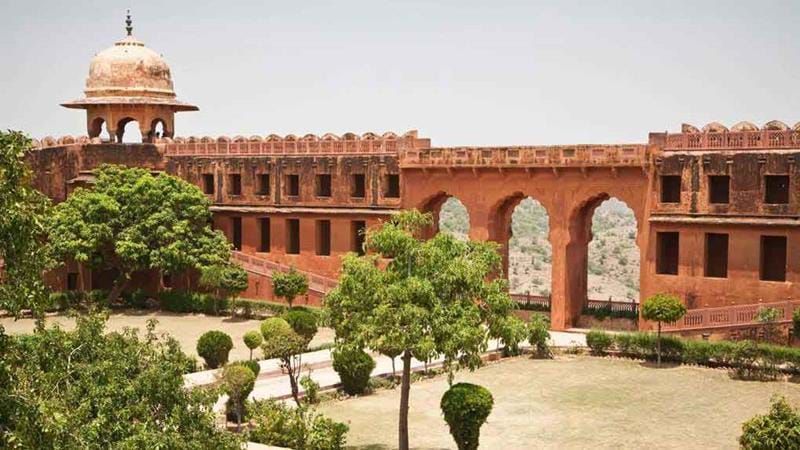 The tear-jerking scene from the season finale in which Beecham declares his love for Margaret Osborne was filmed at the Taj Mahal – where else! But because the mausoleum itself opens at first light, the crew had to shoot from the Metab Bagh gardens on the opposite side of the Yamuna River. This exceptional viewpoint is one we recommend to clients who have already visited the tomb the previous day and would like to savour sunrise from an entirely different perspective. 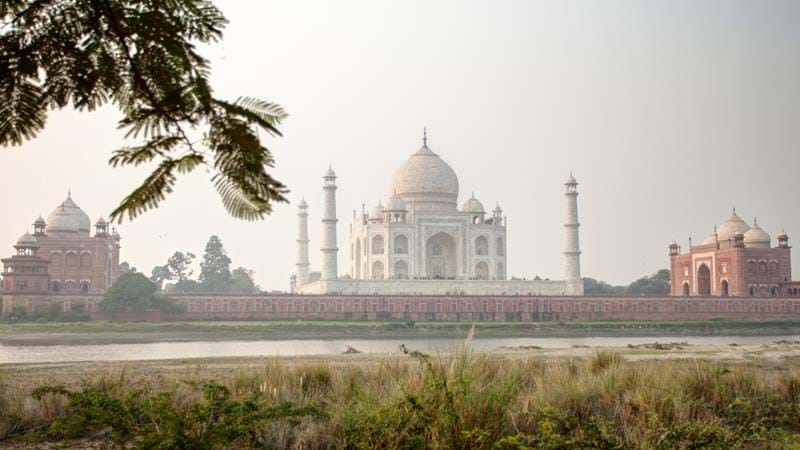 Visit all of these wonderful and little known locations on one of our a tailor-made tours of Rajasthan.  As a starting point, check out this suggested itinerary, which one of our specialist India consultants can easily adapt to include the Beecham House locations mentioned in this blog. 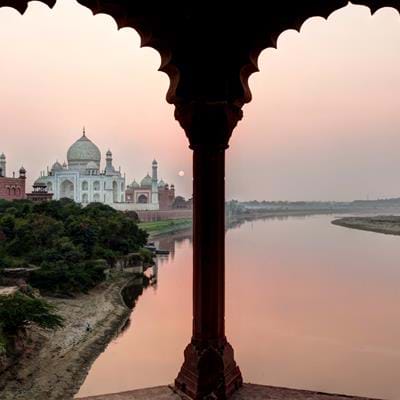