Travel writer and photographer David Abram discovers one of Yunnan’s hidden gems, the old salt market town of Shaxi, between Lijiang and Dali in southwest China.

Every now and again while travelling in Asia, you discover somewhere remarkable which the rest of the world has seemingly overlooked; somewhere you find that's just what you’re looking for in a country – which in my case usually means a place where life is lived largely as it has been for centuries, in the midst of inspiring landscape. And if there happens to be a lovely hotel to hand, so much the better!

I made one such discovery in Yunnan this October. The Shaxi Valley, between Lijiang and Dali, was so delightful and so unspoilt, in fact, that I was tempted to keep the secret to myself until I realised it already featured in guide books to the region, and even has its own website.

Quite why it remains overlooked, then, while so many people stream between the nearby cities, remains a mystery. But for the time being at least, Shaxi falls squarely into the category of a ‘hidden gem’ – a beautifully preserved pocket of Tang-era elegance which anyone hankering for a taste of what southwest China must have been like 15 or 20 years ago would do well to visit in the next year or two.

What makes Shaxi so special is that unlike the rest of the region, development has been in held in check. A preservation order has been placed on the entire area prohibiting modern construction, and as a consequence, this is somewhere you can truly experience the China of your imagination – where traditional whitewashed farmsteads sporting upswept eaves and tile roofs nestle beside sparkling, willow-lined streams, and views of misty paddy fields are framed by forested mountain ridges.

The dozen or so villages of the Shaxi valley lay on the route of the old Tea-Horse Road connecting Yunnan with Tibet and Burma. The reason for its detour through this secluded upland was that nearby mines were an important source of rock salt, and the Chinese Emperors used to tax the caravans passing through the hills to the south. Further prosperity derives from the Shaxi’s fertile soil, which still supports a patchwork of lush rice terraces, maize fields and fruit orchards.

Most alluring of all, from a visitor’s point of view, is that alongside a remarkable horde of traditional wood and stone architecture, Shaxi retains the ways of life of its Bai and Yi minority people – among the most hospitable communities I encountered in three weeks of wanderings around Yunnan.

I stayed at a wonderfully atmospheric heritage hotel, the Old Theatre Inn. Tucked away at the bottom of a pretty village, it is housed in a 300-year-old complex with its paved courtyard and raised wooden stage. One evening, a small orchestra of elderly local musicians performed just as the sun was going down – like a scene straight off a Ming vase. The rooms are on the small side, but hold plenty of old-world atmosphere. And the food, which you can enjoy on a terrace overlooking the fields, or on a balcony above the main courtyard, was unfailingly fresh, varied and delicious.

Mountain bikes are available for rent, which you can use to explore the tracks leading between Shaxi’s various hamlets – and there are ponies for hire too. With the help of a local guide, trekkers may venture to the high ridge tops overlooking the Shaxi Valley, and beyond, to see the shrines of Shibaoshan, a sacred mountain featuring rock-cut cave temples and sculptures dating from the 7th century. Numerous Daoist and Buddhist temples cluster on the high ledges and cliffs of the holy peak, reached via flights of ancient stone steps. Unlike the other sacred mountains I visited in southwest China, this one is refreshingly free of crowds and tranquil.

I spent three nights and two full days at Shaxi, but could easily have stayed longer. Several of my fellow guests at the Old Theatre Inn, who’d travelled extensively in China (in some cases over many decades) agreed the area was a rare survivor from an era that’s all but disappeared elsewhere. That it has escaped the attention of mass tourism remains a minor miracle, and in my opinion is incentive enough to make the trip to the Far East over the next year or two.

The following photographs were taken during my visit in late-October, at the end of the rice harvest. 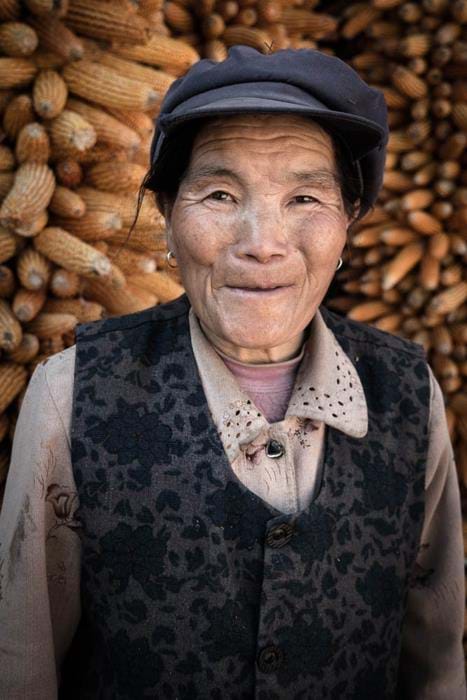 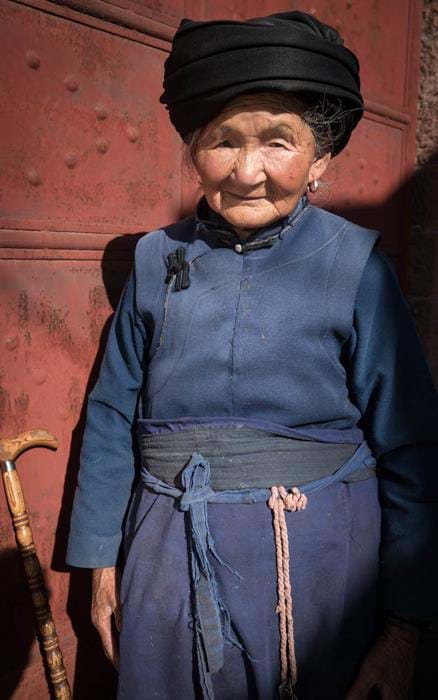 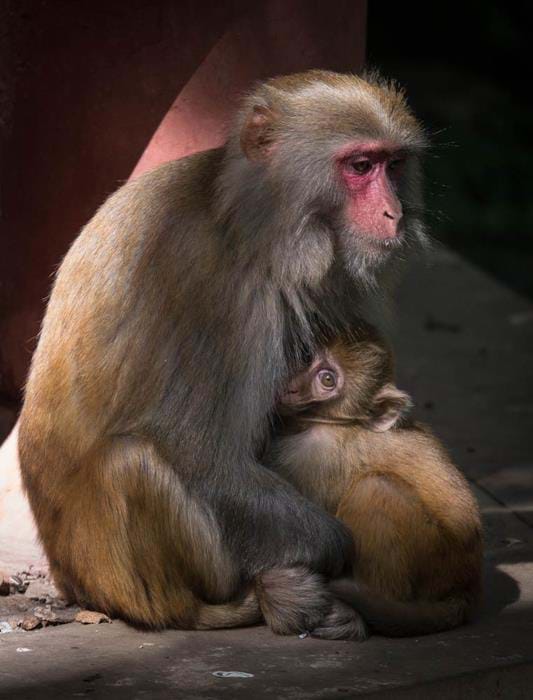 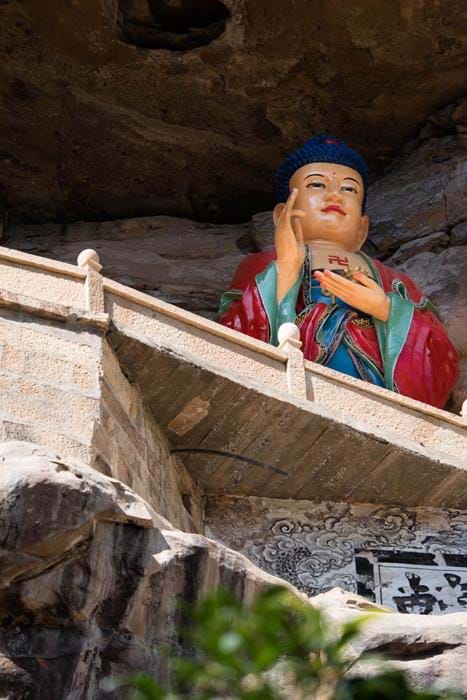 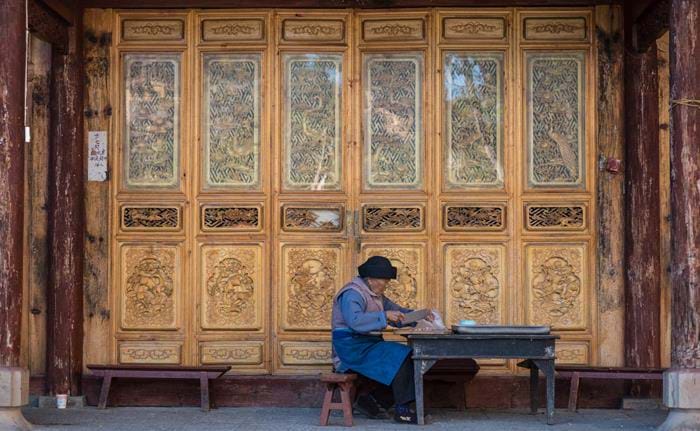 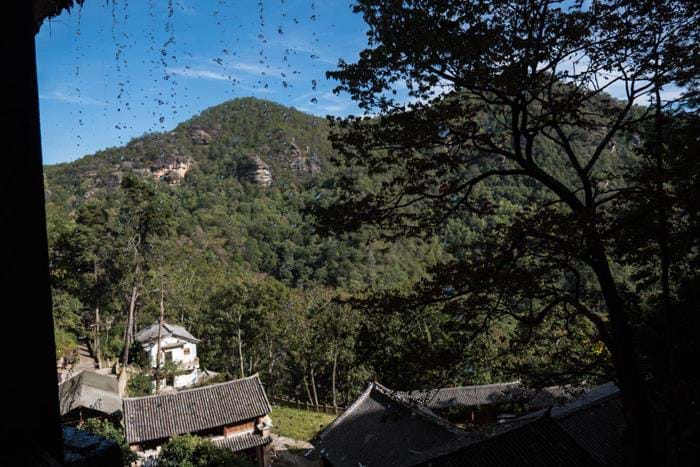 Shibaoshan, from a Buddhist shrine located inside a waterfall 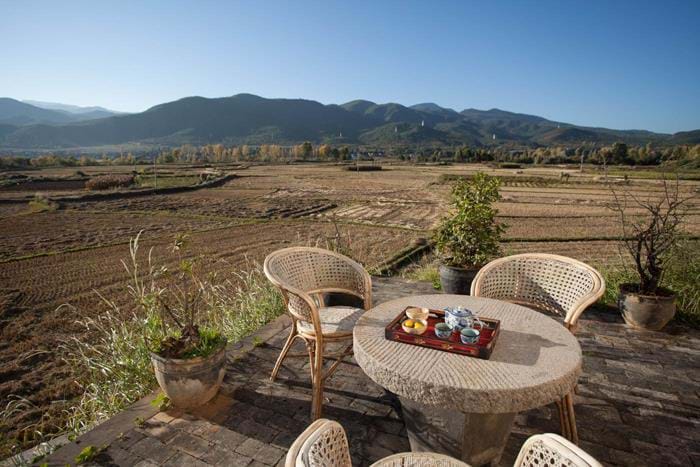 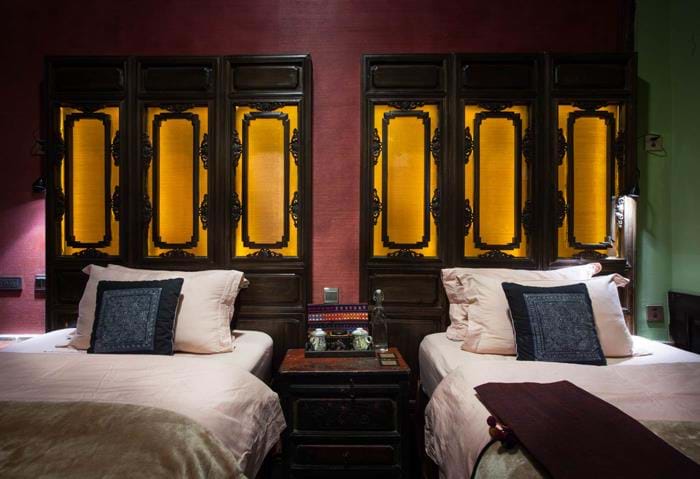 Rooms at the Old Theatre Inn are aren't large, but they're very cosy and possess plenty of heritage chic 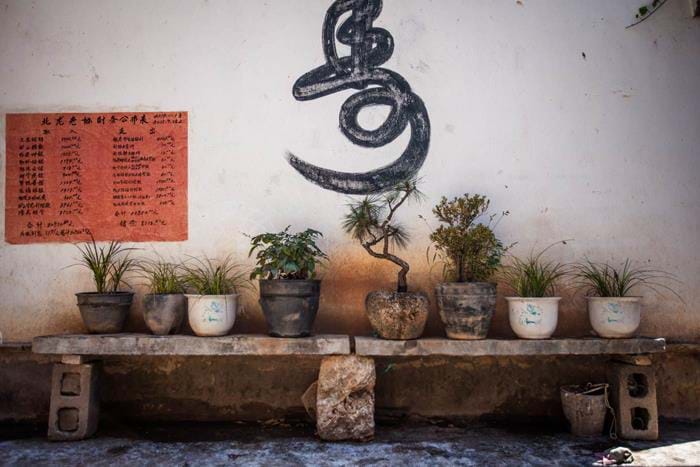 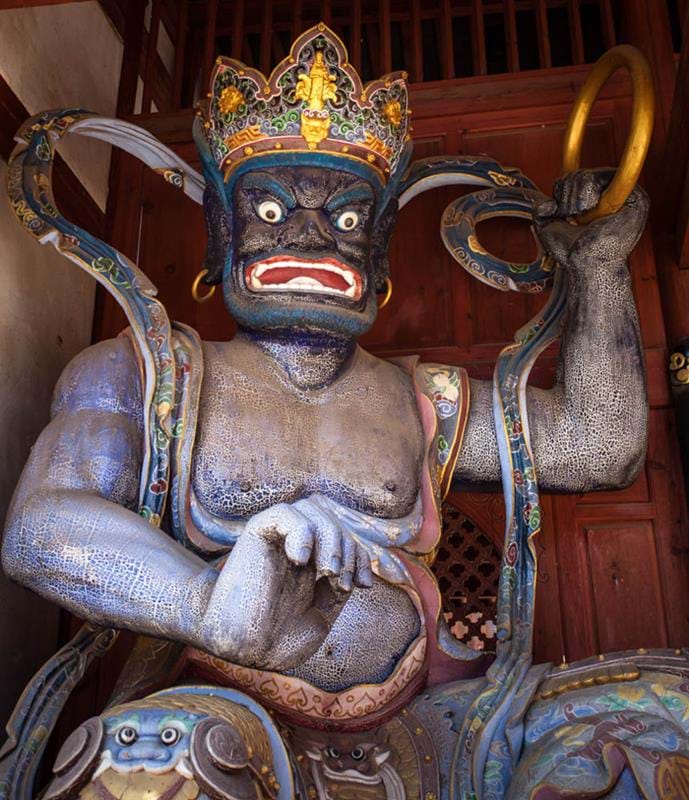 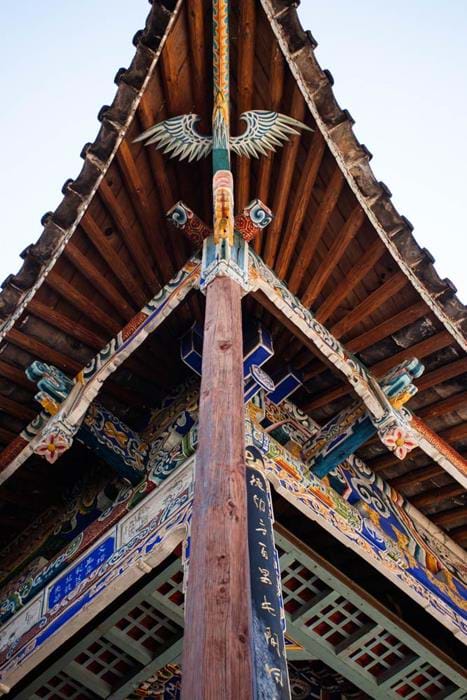 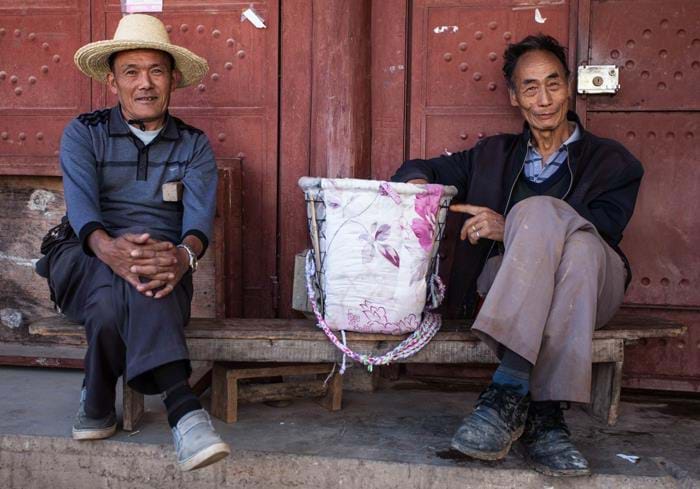 Bai villagers taking time out while shopping at a village store 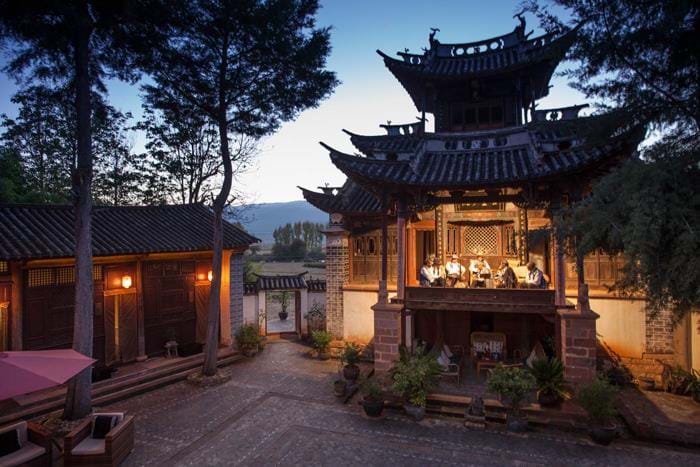 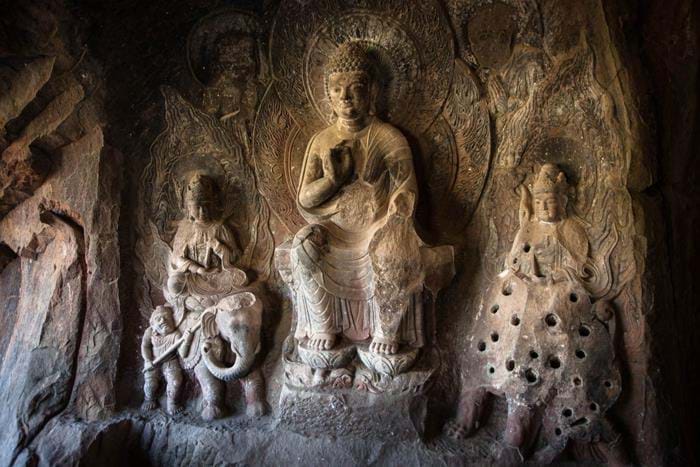 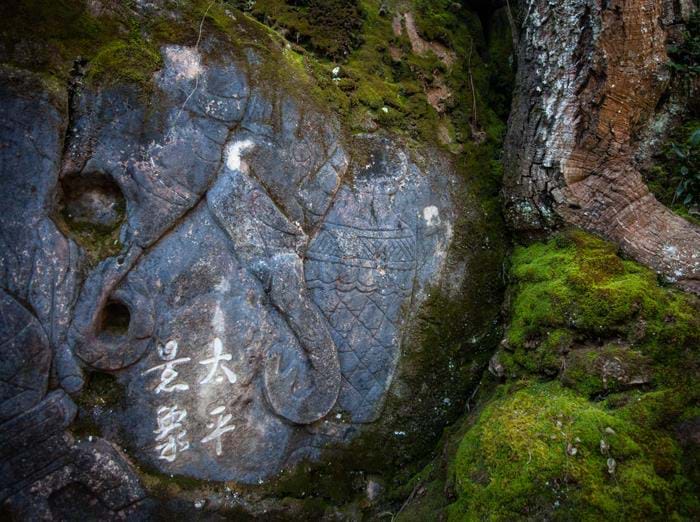 Ancient rock sculpture blends with the moss and boulders, Shibaoshan 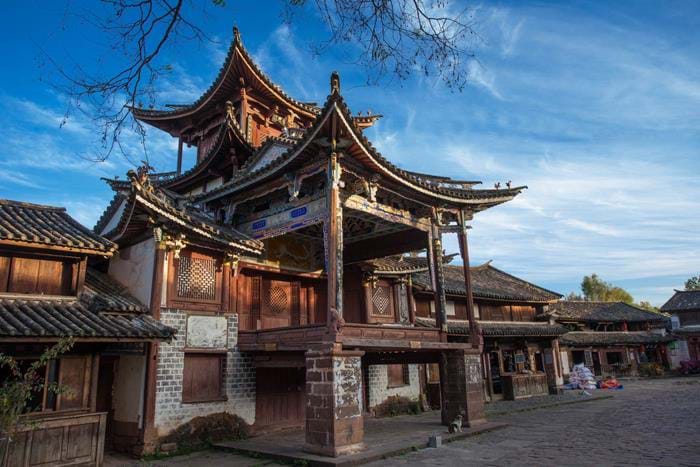 The Sideng Market Square is the centrepiece of Shaxi's largest village - the best preserved old town along the route of the former Tea-Horse Road, thanks to restoration work carried out by a partnership between a Swiss University and the local government. The square is the venue of a wonderful market on Fridays. 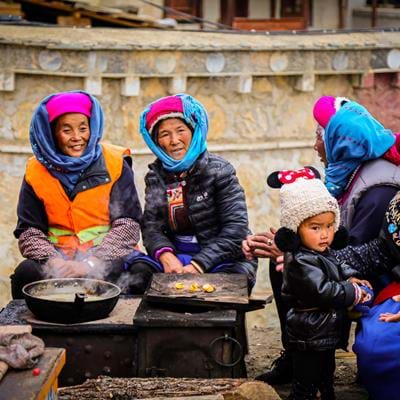 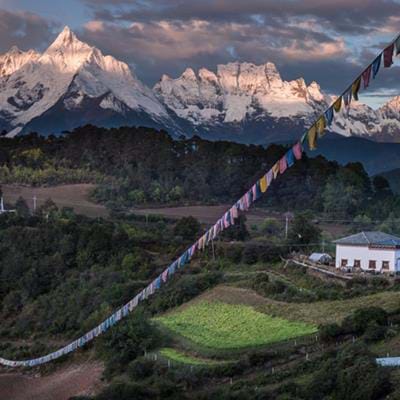 The Songtsam Circuit: Along the Tea-Horse Road 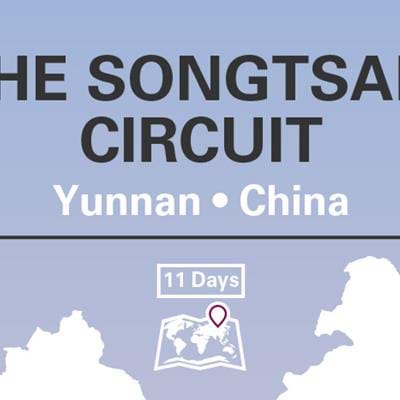 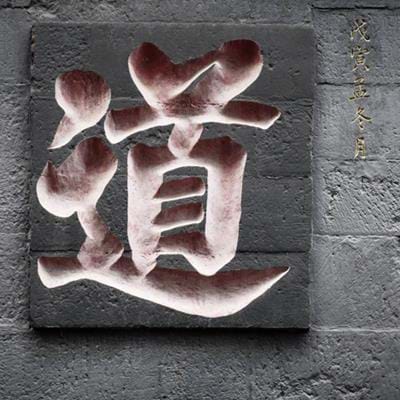