August is around the corner, which for Sri Lankans means only one thing: Esala Perahera, a torchlit parade involving more than a hundred decorated elephants.

Elephant processions are a speciality of both Sri Lanka and its near neighbour, the Indian state of Kerala. But the Mother of All Pachyderm Parades – the most dazzling, extravagant and visually arresting in South Asia – is the one held in the Sri Lankan city of Kandy each year. Over a ten-day period leading up to the full moon in late-July/early August, the humid night air fills with the cacophonous sound of massed drums and trumpets, as more than a hundred tuskers, lavishly caparisoned in velvet robes draped with tinsel and strings of fairy lights, lumber through streets lit by flaming torchlight. Accompanying them are thousands of musicians, dancers, fire-pot jugglers, whip crackers and acrobats, dressed in beautiful traditional Kandyan costume, wiggling and grooving to the beats.

‘Esala Perahera’, as the festival is known, is part ancient fertility celebration, part homage to the object Buddhists regard as one of the most precious in existence: the ‘Sacred Tooth Relic’. Said to have been plucked from the funeral pyre of the Buddha by one of his disciples, the holy canine found its way to the Ceylonese capital, Anuradhapura, in 399AD – an event marked, according to reports by contemporary chroniclers, with massed elephant parades, rituals, music and feasting.

The relic has remained on the island ever since, the object of intense veneration for the millions of pilgrims and foreign visitors who pour each year through Kandy’s Sri Dalada Maligawa, ‘Temple of the Sacred Tooth’, where it is enshrined. 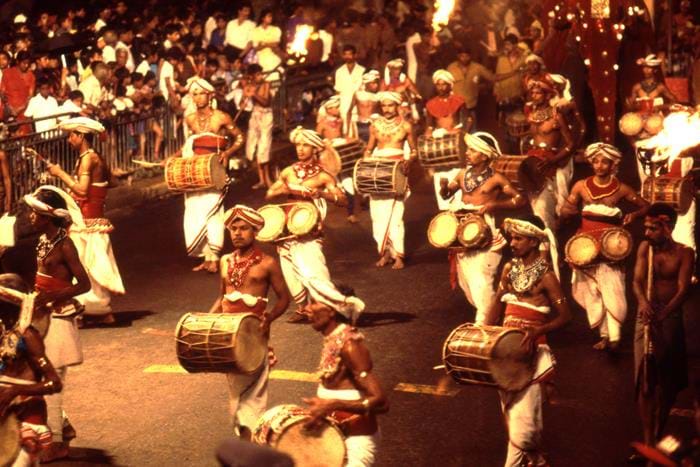 For centuries, the only chance ordinary citizens had to get near the Tooth Relic (worship of which was reserved exclusively for the King) was during Esala Perahera, when it was paraded through the streets of Kandy. For security reasons, the bejewelled reliquary used today is a replica. But no-one seems to mind. Every inch of pavement space, every balcony and window overlooking the route is crammed by sunset time with families eagerly awaiting a glimpse of the casket, borne on the back of the island’s largest tusker.

Esala Perahera actually comprises five separate processions: one representing the Buddhist Temple of the Sacred Tooth, the other four Kandy’s main Hindu shrines. Together, they converge to form a single army whose ranks swell with each successive parade. The most lavish and unrestrained celebrations are reserved for the final night, known as Maha Perahera, when the procession can take three full hours to pass – a sight that would make even Cecil B Demille flush with admiration.

Getting a good seat for Perahera can be a challenge, especially these days, with every restaurant or shop along the route selling kerbside seats at premium prices online.

TransIndus travellers, however, need not worry. Prime, front-row places come as standard in our special Esala Perahera tour, which has been devised to coincide with the peak of the festivities. 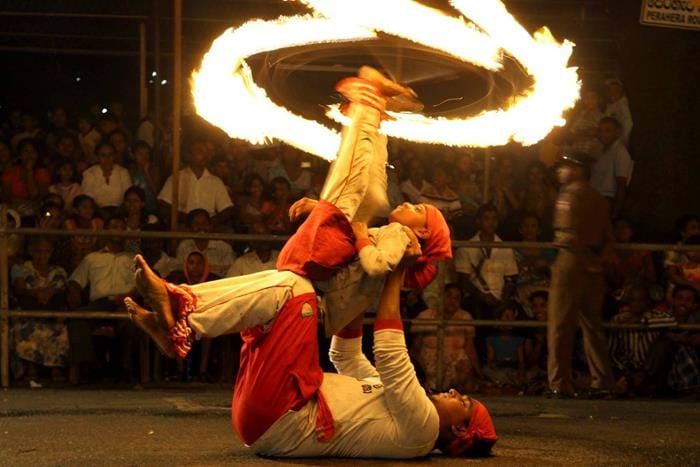 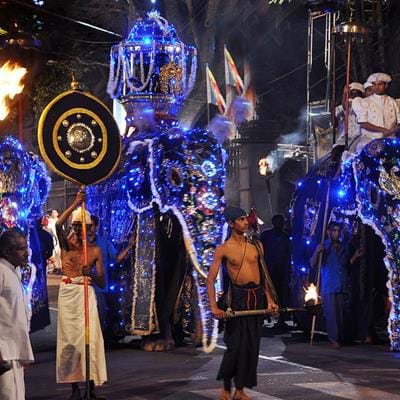 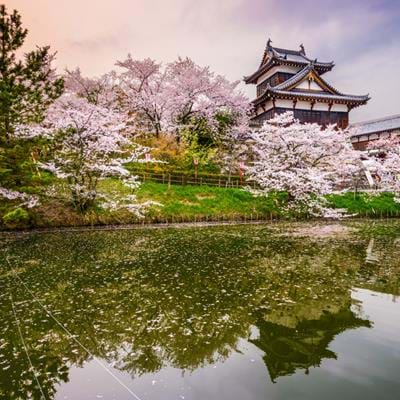