A Journey Through Time 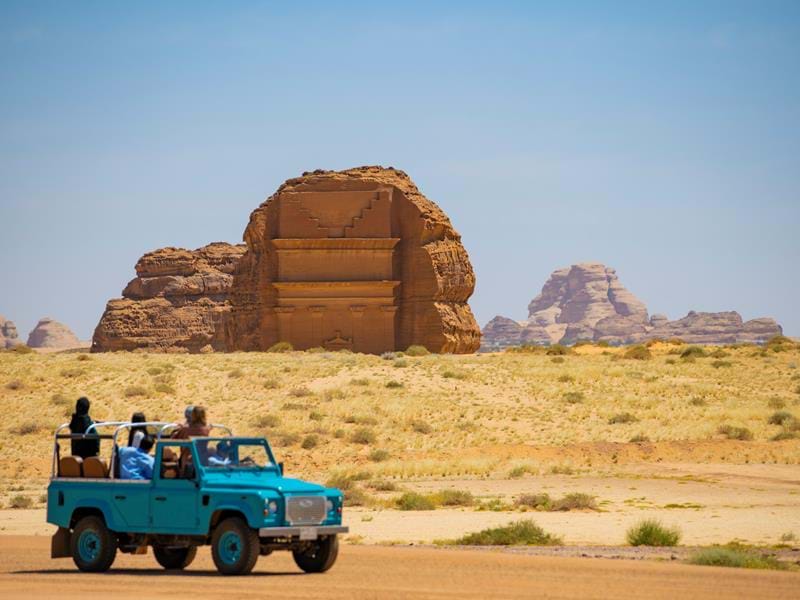 Exploring the Land of legands has just been made easier with all Covid-19 restrictions removed.

* No more tests on arrival

* No more fear of quarantine

* No more declaration forms to complete

* No more monitoring apps to register 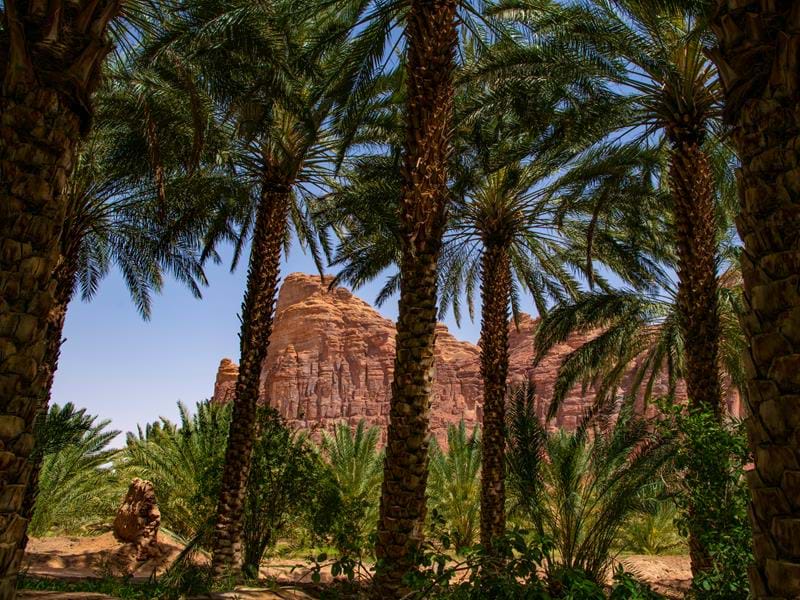 Discover a Land as Old as Time

The Kingdom of Saudi Arabia recently opened its doors to leisure travellers, and we are delighted to introduce this ancient, exciting and enigmatic destination to you. Having explored its illustrious history dating back Ten millennia and experienced some of the natural wonders, we feel privileged to help you rediscover the magic of Arabia.

Be the first to Experience the wonders of Saudi Arabia...

Our 12-day tour of the country's highlights will inspire intrepid travellers drawn to destinations with a difference. It takes in places that stimulate the mind, broaden horizons and opens us to ideas the world has long forgotten. Rediscover the magic of Arabia in style and comfort with TransIndus. 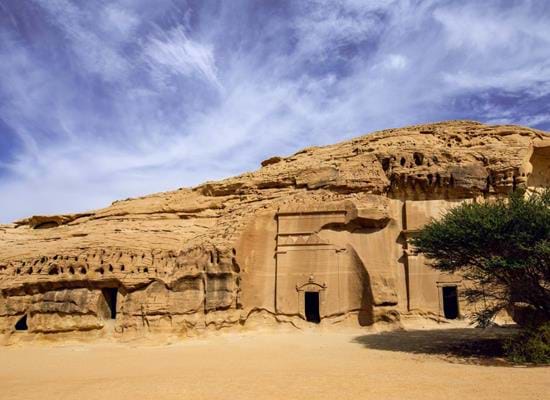 The Kingdom of Saudi Arabia

Throughout the ages, abundant resources of Saudi Arabia's fertile oases attracted settlers. Despite the challenges posed by its vast rock-strewn desert and barren mountains, the…

All Tailor-made Tours in Saudi Arabia Make an enquiry

The Kingdom of Saudi Arabia recently opened its doors to leisure travellers, and we’’ are delighted to introduce this ancient, exciting and enigmatic destination to you.  Having explored its illustrious history dating back Ten millennia and experienced some of the natural wonders, we feel privileged to help you rediscover the magic of Arabia.

Set between the Red Sea and the Arabian Gulf, the peninsula is home to the world’s largest desert. Far from empty, the scorched sands and rugged mountains have miraculously supported numerous civilisations over time, with the aid of underground reservoirs. As a result, some of the earliest traces of human habitation in the world  are found here. Sitting strategically at the crossroads of ancient trade routes between Yemen and the empires of Egypt, the Levant, Greece, Rome, Mesopotamia, and Persia, these oasis settlements gained significant importance and flourished as independent kingdoms, each with distinct beliefs and histories and cultures.

In the 7th century, the small oases of Mecca, the birthplace of the Prophet Muhammad and Medina, the city he later fled on being persecuted for his beliefs, were both propelled to great prominence as his preachings and Islam spread across the world. However, the Kingdom of Saudi Arabia as we know it today was,  only born in 1932 when Abdulaziz Al-Saud conquered the numerous independent oases of the peninsular to establish a single state under his rule. The almost concurrent discovery of oil in 1938 further cemented his dynasty, which has ruled as an absolute monarchy since, observing a very conservative form of Islam.

Closed for decades, tourism is now progressively encouraged. Still,  visitors may need to prepare for lack of access to some major historical and religious sites despite a greater degree of openness. . The continued segregation of women in society remains a concern, albeit some progress has been made in recent years.

A land of immense natural beauty, rich in archaeological and cultural history spanning 10 Millennia, Saudi Arabia has five UNESCO Heritage sites, including Historic Ottoman Houses at Al Balad, Jeddah, Riyadh’s Al-Turaif District, the Ha’il region rock art and the Al-Ahsa oasis and the rock-cut tombs of Mada’in Saleh, Alula considered second only to Petra. Adventurers should no doubt head for the the astonishing white volcanoes at Harrat Khaybar or trek to the Edge of The World’ at Jebel Fihran for a chance to experience the dramatic wonder of these 300 meter high desert cliffs.

Call us today and find out more...

Al-‘Ula, the undiscovered hidden gem of Saudi Arabia, was the capital of the ancient Kingdoms of Dadan and Lihyan. It controlled the caravan trade along the famous incense-trading routes between Southern Arabia, Egypt and beyond. As caravan…

Nestled between Mount Shammer to the north and Mount Salma to the south, the city of Hail was once the capital of the entire Arabian Desert. It  is  home to legends like Hatim Tai, the Arabian poet whose altruism earned him his place in the… 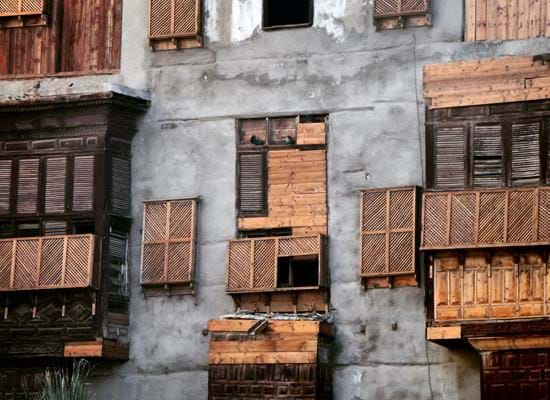 A 3000-year-old city situated on the east coast of the Red Sea, Jeddah is Saudi Arabia's most cosmopolitan city of Saudi Arabia with millions of international visitors passing through it each year. The region has been inhabited for thousand… 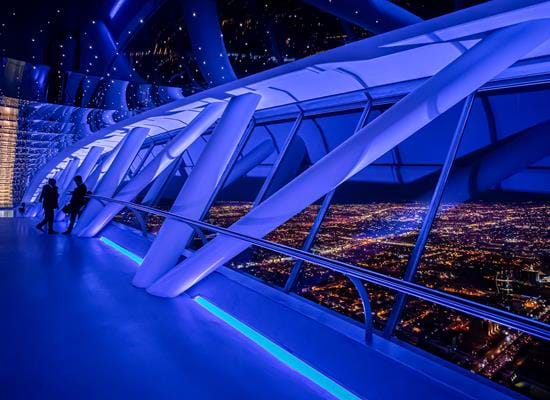 The political and historical heart of the Kingdom, Riyadh is one of the largest, most spread out cities of the Kingdom. Yet, despite its modern exterior, it has a far more conservative outlook than others, and this should be borne in mind w… 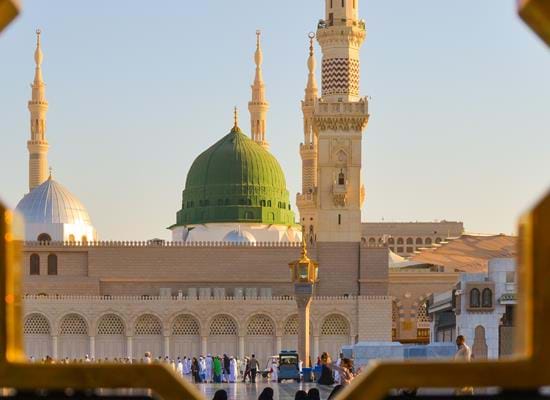 Originally a Jewish settlement of some significance known as Yathrib, it later became known as Medina, the second most holy city for followers of Islam. Its importance comes from the role it played in establishing Islam.  The Prophet Mohamm… 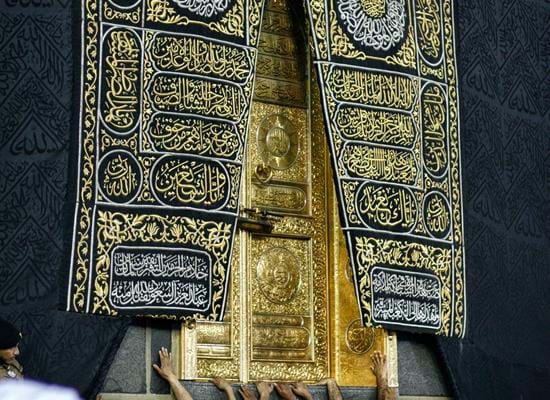 For  completeness, we have included the city here, albeit non Muslims are not permitted, as city remains bustling  throughout the year with devotees. The holiest city in Islam, the birthplace of the Prophet Muhammad, Mecca is where the Qur… 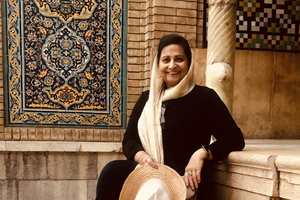