The concept of luxury train travel originated back in British times, when India’s status-obsessed Maharajas commissioned special carriages in which to travel around the country. Opulently decorated with Belgian crystal chandeliers, French tapestries and Persian carpets, these rolling palaces became emblematic of the wealth and ostentation of the Princely States.

Modern visitors can today experience this incomparably elegant form of conveyance on one of several luxury trains operating in India. Aside from the supreme level of comfort, the main advantage of travelling in such style is that you can see a lot of Rajasthan in comparatively a short time, moving from place to place in the night while you’re asleep, rather by car between sights.

The Palace on Wheels

Launched in the early 1980s, the Palace on Wheels was the first luxury train of its kind to operate in India and it remains the most popular, covering a route that ticks off an amazing number of stops in just a week. Some of the furnishings are showing slight signs of age, but this doesn’t detract in any way from the overall experience, delivered by highly trained, unfailingly courteous staff.

The highly varied, 7-night PoW route begins in Delhi, then proceeds to Jaipur and the tiger reserve of Ranthambore. From there you head south to the region’s largest fort, Chittaurgarh, then on to Udaipur, before crossing the Thar Desert to Jaisalmer. The Blue City, Jodhpur, is next, followed by the world-famous bird reserve at Keoladeo and, finally, Agra, where you visit the Taj Mahal.

Departures are every Wednesday. 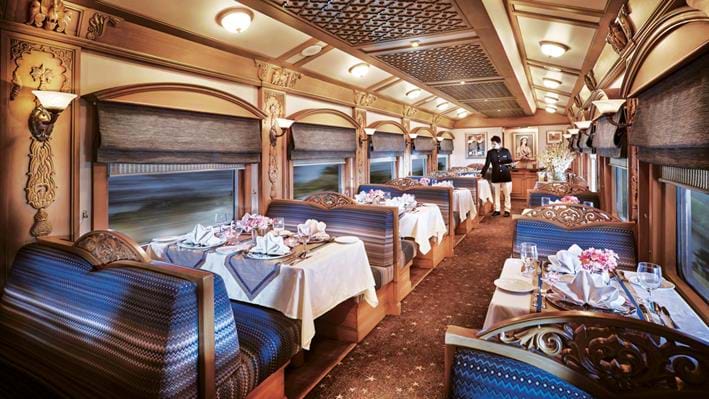 The lavish dining car on board the Palace on Wheels

Modelled on the ‘Orient Express’, this is the gold-standard luxury train service in India, and currently the most expensive. As well as trips to around some of the historic highlights of southern India, it offers a choice of 4 different routes of varying length around Rajasthan and the Golden Triangle, ranging from whistlestop 4-day Golden Triangle tours, to longer, 7-night itineraries to Lucknow and Mumbai. 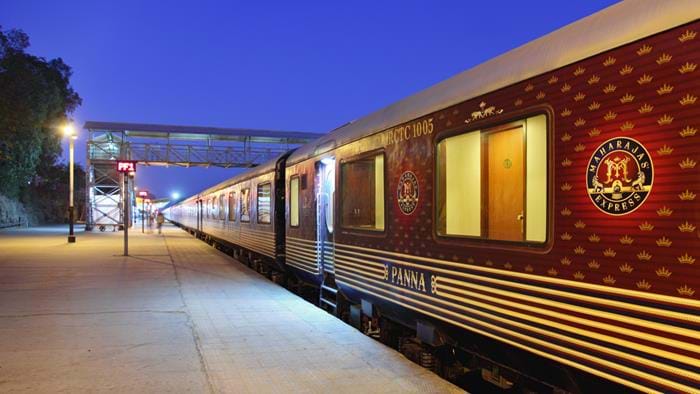 The Maharaja Express ready for boarding

This luxury train focusses principally on less accessible parts of central India, but also offers a couple of routes incorporating the highlights of Rajasthan and the Golden Triangle. The one we most often recommend approaches the region from the south, via Mumbai and the Gujarati city of Vadodora, where you’ll visit the splendid Laxmi Vilas Palace before continuing on to Udaipur, Jodhpur, Agra, the tiger reserve at Ranthambore and Jaipur.

The tour departs every Saturday and last for 7 nights/8 days. You can also cover the same itinerary in reverse, starting in Delhi and ending in Mumbai. 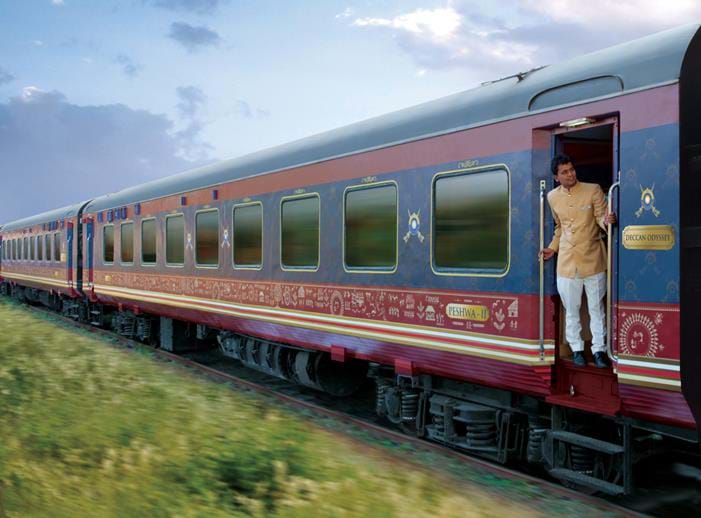 The Deccan Odyssey on its journey

Because they end in either Delhi or Mumbai, any of the routes outlined above may easily be extended with a beach break in Goa. You could literally leave in the morning and be flopped on a sun lounger under a palm tree in the afternoon, lulled by the sound of the surf on the Arabia Sea! Whether you’re looking for seclusion or a lively resort, your TransIndus consultant will have plenty of suggestions. 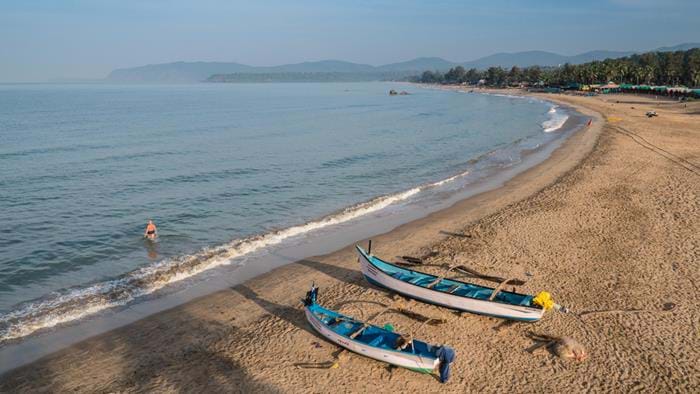