Myanmar’s incredible history has made it one of the most unique places to visit on the planet. Invasion, immigration and colonisation have all helped to create a diverse country but it was the Kingdom of Pagan that has had the biggest impact on modern Myanmar. This empire was the first to unify the many regions that would go on to create the country as it is now.

Today, the kingdom’s ancient capital Bagan is of huge touristic significance to Myanmar and a place that thousands flock to see every year. This archaeological zone is home to an incredible collection of Buddhist temples and monuments, each with their own spiritual significance.

Over 2,000 of these ornately constructed ruins stand out against a backdrop of rugged terrain and meandering through these serene structures is a must for anyone visiting the country.

Bagan is considered by many to be one of the most impressive archaeological sites in all of Southeast Asia and something you do not want to miss out on seeing. Within this vast sprawl of ancient wonder, there are certain temples and attractions that you may wish to add to your itinerary. Read on to find out more. 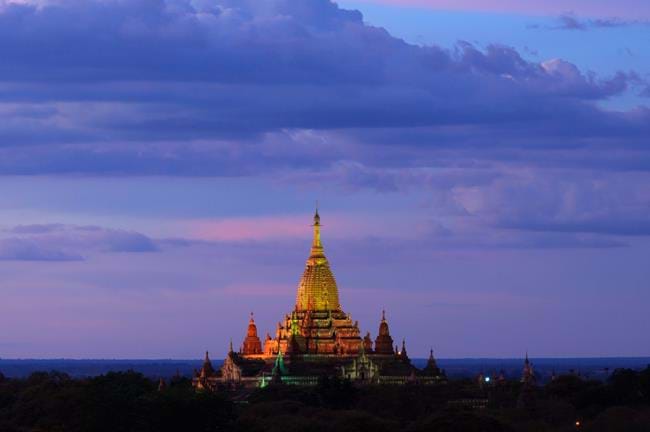 Located in the northern plain of the city, this temple is renowned for being the holiest of all the structures in Bagan.

The architecture of this particular building is of significant note due to its beautiful condition and splendour. The golden stupa roof stretches high up into the sky, surrounded by four smaller replicas of the spire on each corner.

Known as the most important temple in Bagan, this masterpiece has stood since 1901 when it was built by the then king Kyanzittha. 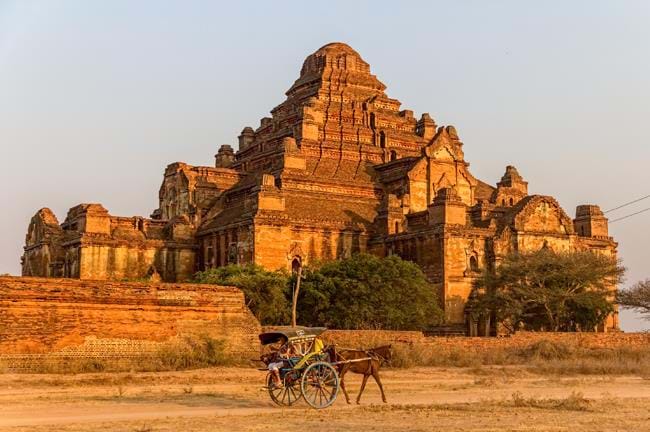 The origins of the Dhammayangyi Temple are truly of the grimmest kind. It is said that after murdering his father and brother, king Narathu built the shrine in order to make up for his deeds and improve his karma.

In an ironic twist, he himself was killed before the building could be completed. However, the masonry that has remained stands in an incredibly good state.

The ornate brickwork, said to be a reflection of the king’s over-the-top personality, help make the temple stand out among other ruins in the ancient city. 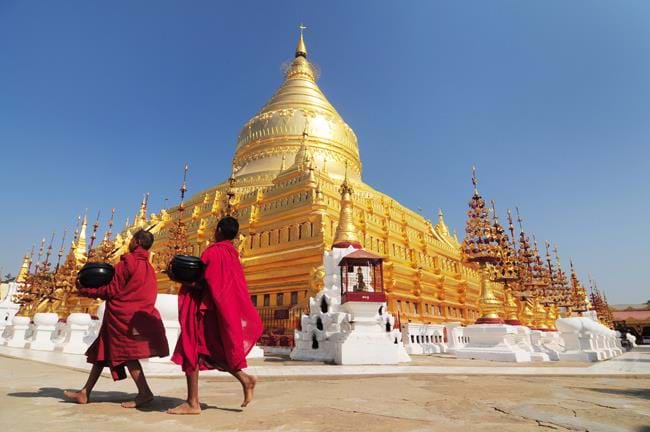 Decorated in gold and standing tall against the backdrop of rural Myanmar, the Shwezigon Temple is one of the highlights of a trip to Bagan.

Its iconic, bell-shaped tower was the first design of its kind and it was so popular that virtually all the pagodas that followed it were designed in this style.

A monument to the Theravada faith, the temple was constructed to house a replica of the Buddha tooth that rests in Kandy, Sri Lanka. The other three replicas created are also housed in temples in Bagan and it is possible to visit them all in one day. These are Lawkananda Pagoda, Tan Kyi Taung (Tant Kyi Hill) Pagoda, and Tu Yuan Taung (Tu Yuan Hill). However, if you are planning to do this, you should make arrangements for travel beforehand as the sheer size of the ancient city is often underestimated. 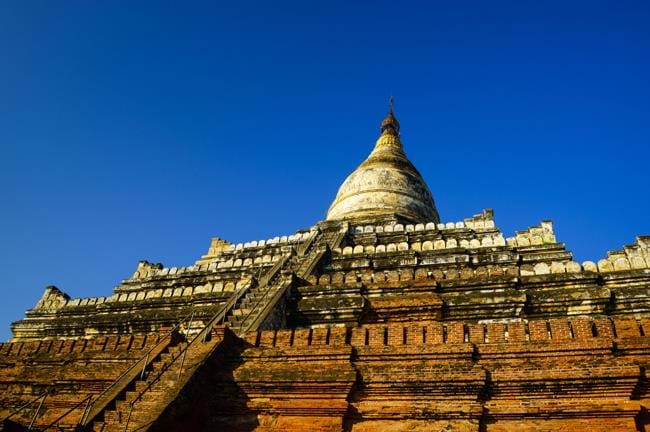 The sunset at the Shwesandaw Temple has made it an incredibly popular site for tourists to visit. The view from the top as the sun sets is quite simply stunning and in order to see the spectacle in its full glory, you need to get there early to be assured a good place.

Climbing to the top of the of the temple isn’t too difficult but the stairs do become much narrower towards the top and as the buildings get busier, finding a decent spot becomes harder.

Vendors selling drinks, food and t-shirts usually flock to the area due to the large amount of tourists that gather here for the sunset. They can appear daunting as they push very hard to sell their wares but try not to be intimidated. If you do not want anything, don’t feel forced to buy the merchandise.

If you would like to explore the temples and pagodas of Bagan, contact our team of experts to start planning your Myanmar holiday.