After three decades of compulsive travel in the subcontinent, I’ve had my share of memorable arrivals in India. None, however, could be justly described as “serene”. Not, that is, until last March, when I experienced a landing so soft I was tempted to cancel the rest of my trip.

The journey in question was a ten-day foray into the Aravalli hills west of Udaipur, in Rajasthan. Instead of travelling via a layover in Delhi, I’d caught a connecting flight straight on to Udaipur, which meant that rather than the usual traffic gridlock in the city, my first hour on terra firma was spent amid bucolic Indian countryside. 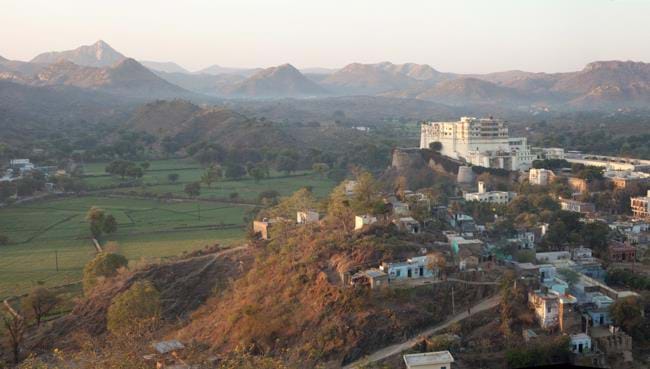 A crimson sun was rising above the airport runway as I was greeted by my TransIndus driver, and whisked off into a landscape of ripening mustard fields and pretty villages. Along the roadsides, women in vibrant sarees were pumping water from the wells, as children sluiced patient buffalo.

While we waited for a train to pass at a level crossing, I couldn’t believe that only twelve hours before I’d been battling through driving rain on the M4.

The grin on my face widened another notch when I caught sight of the place I’d be staying in for my first couple of days. Devi Garh, a beautifully restored Rajput palace overlooking the town of Delwara, rests on a low crag against a backdrop of big dipper ridges and hilltop shrines. Passing through its ochre-coloured walls, a shower of rose petals fluttered down from the gallery above the main gateway. Ethereal flute music serenaded my arrival, as a woman in a red saree led me through a maze of worn stone steps and hidden courtyards to my room. Bubuls and parakeets flitted through the flowering flame trees. 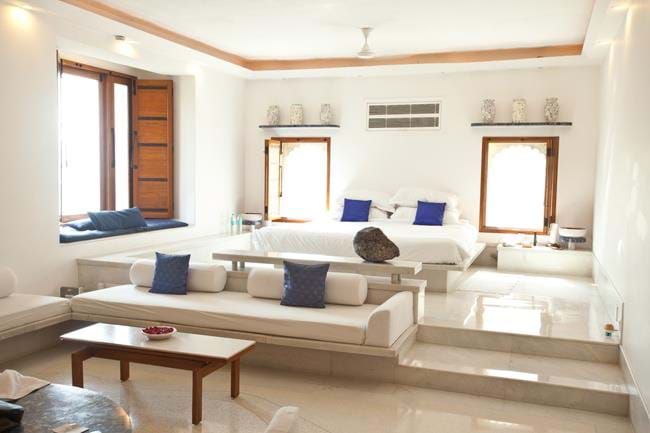 It felt like stepping into a Mughal miniature painting.

My suite was a dream. “This one’s my favourite,” explained the receptionist, “because of the view”. An unexpectedly modern, minimalist, svelte interior of white marble and blue lapis framed a wonderful picture window, opening on to an expanse of rolling fields and hills. 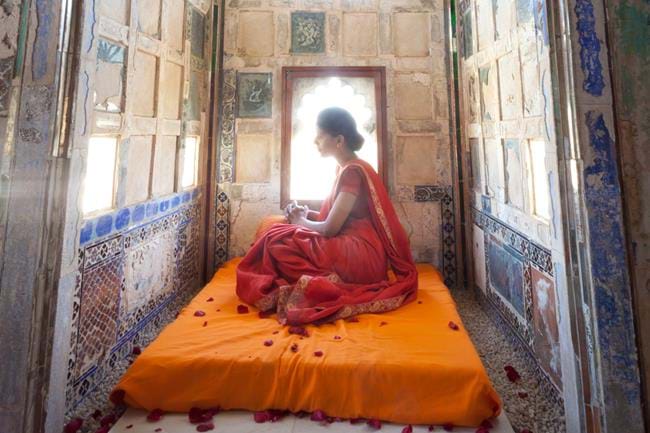 I remember thinking, in my jet-lagged state, that I should write off the rest of my trip and just spend the rest of the week lazing at Devi Garh – a temptation that only grew after I was introduced to the heavenly Jacuzzi, which I spent a memorable hour in, gazing over the rooftops of the pastel-painted town below. And the restaurant, with its signature combination of glass walls, medieval Rajput murals and gourmet food, was another place that proved hard to tear myself away from.

But after a brief exploration of Delwara’s bazaar and temples that afternoon, and an unforgettable hike to one of the ridges overlooking the palace at dawn the following day, it was already time to move on. My next stop, on the far side of the Aravalli hills, would be in a landscape no less serene – one inhabited by a thriving population of big cats. 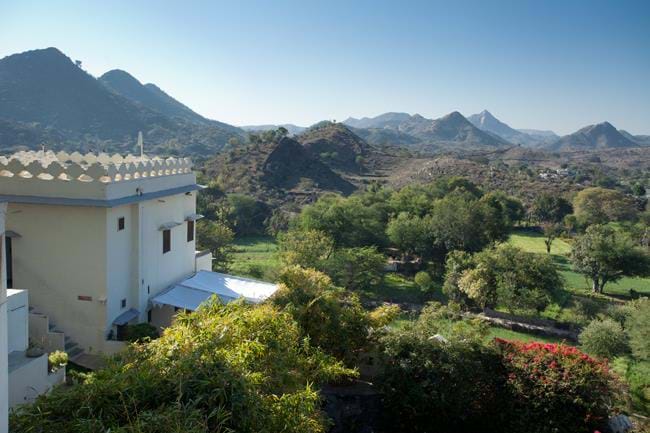 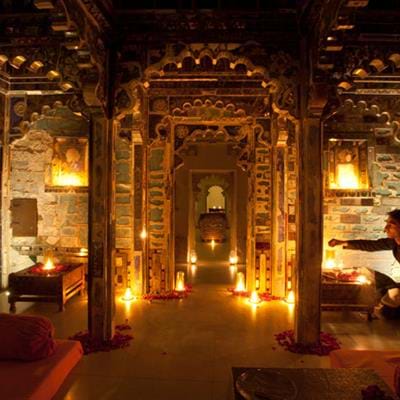 10 of the Best Off-Track Rajasthan Hotels