I’ve always had a fascination with ice and snow. Perhaps it goes back to when I was a child and my parents would take me sledging in the Peak District on a snowy day. I remember once seeing that someone had built an igloo in the snowy field we were in, and getting very excited. As an adult, I’ve taken up snowboarding, and on one trip to Slovenia, I had a drink in a bar and guesthouse built from snow; this was a great experience. Shortly after, I was watching a TV programme on travel in China, a country I had yet to visit, and they featured the Harbin Ice Festival. I had never heard of Harbin before this, but after watching the programme, I was sure I had to go.

So, a few years on, and I plan my holiday to China, taking in the Ice Festival - the Harbin International Ice and Snow Festival, to give it its full name. I travelled in February this year, around Chinese New Year, so things were busy, but it also allowed me to experience Chinese New Year celebrations. 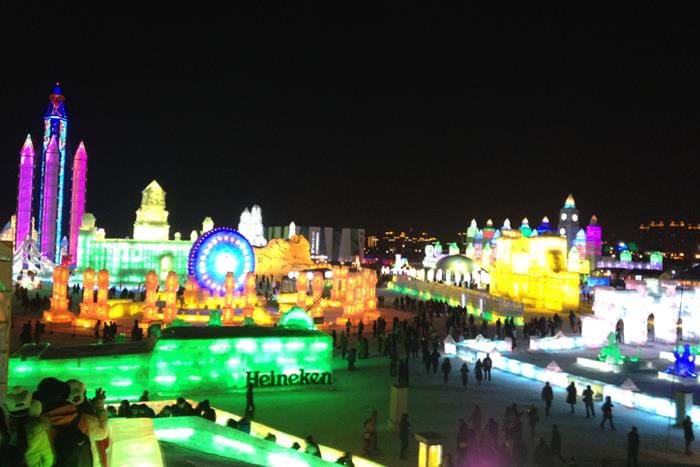 I was prepared for the cold – prepared in the sense that I knew it was going to be extremely cold, making London feel comparatively tropical. In fact the temperature was around -22c, with wind-chill bringing it down closer to -30c. In this kind of temperature you need to have some serious layers on; I was wearing so many clothes at one point that had I been in a typical London winter, I would have been seriously overheating. I was even wearing two hats. Even with this I still got cold pretty quickly.

Luckily Harbin city centre is full of very well-heated shopping malls; as soon as you start to freeze, get inside one of these busy centres, spend some time heating up with the thousands of others doing the same, before bracing yourself to go back out into the freezing cold. Just like commercial walk-in freezers, you push past the heavy duty plastic flaps that act as an extra insulator at every shopping centre doorway, and head out into the vast freezer that is Harbin. 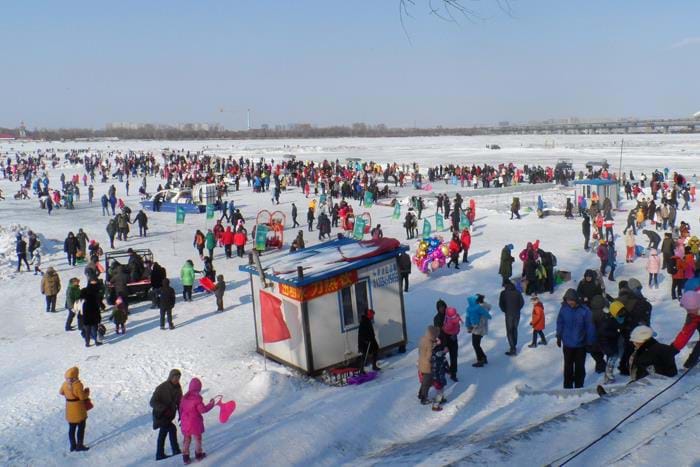 Harbin, in common with many cities is centred on a significant river, the Songhua. Beginning in the Changbai mountains, the river winds its way for just short of 900 miles. In central Harbin, it’s around three or four times as wide as the Thames in central London.

Approaching the river banks on foot, I wasn’t sure what to expect. I thought, given the cold, maybe a little ice. But I wasn’t quite prepared for the full on party that was happening on the expansive river, which was frozen as far as the eye could see. Of course I had to get on there, so after walking down some very slippery steps I found myself standing on the river. 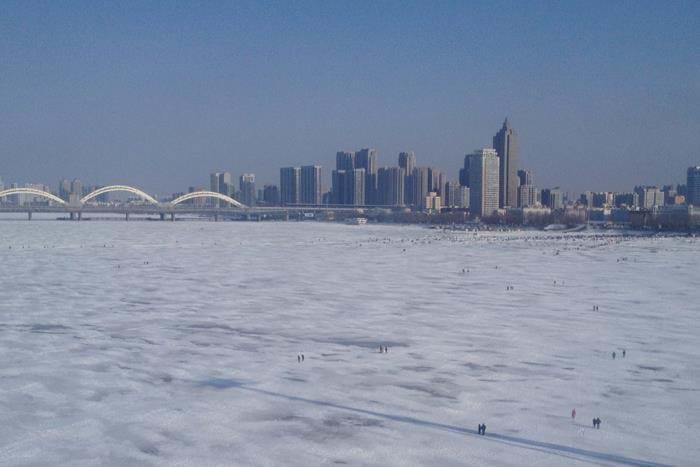 The atmosphere was exciting and jovial. Over in one direction, people enjoying a sled ride, being towed by huskies; in another direction grilled-meat vendors manning a huge barbeque; many others play with a whip and top; and hundreds of people just stroll around and enjoy the amazing feeling of walking on a large river.

I’ve read about the London frost fairs of the 18th century, when helped by multi-pier bridges slowing the pace of flow, the Thames would freeze over and become something of a similar playground. These days, I doubt authorities would allow it, even if the ice was thick enough. In any case, in Harbin, at no point did I ever have any concern that the ice may break, although I admit it was a bit nerve-racking taking the initial steps out from the river bank. 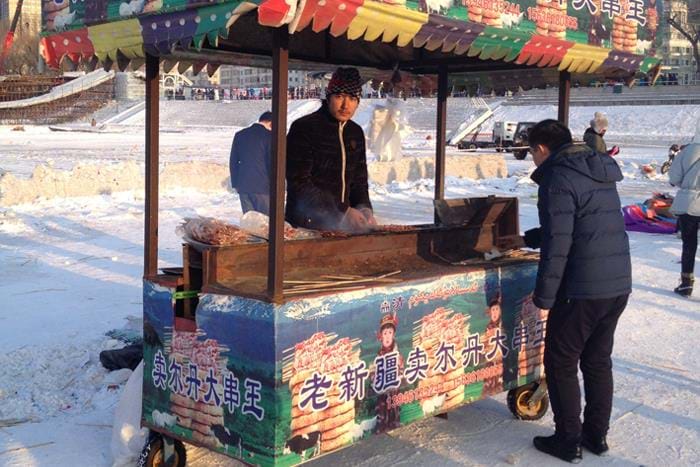 Of course, the main reason to visit Harbin, was to go to the actual festival itself. This was saved until last, as is best with all highlights. Approaching the site, situated a few miles outside of the city centre, huge multi-coloured ice towers were already visible in the distance. All the ice sculptures are lit by coloured lights, so visiting at night is a must. Entering, and walking around was like being in an icy dream. It was a truly incredible experience; I didn’t get to visit the Great Wall of China on this trip, but at least I climbed the Great Ice Wall of China. I admired life-sized ice-palaces of various descriptions, imposing ice towers that would look at home in Manhattan, an enormous image of Buddha intricately carved out of ice, and other life-sized buildings all made from clear blocks of ice taken from the Songhua.

Imagine walking around a whole town, partly high-rise, where all buildings and everything you look at is made from ice. Despite the biting cold, it was a deeply cool experience.

If you’d like to travel to Harbin, and I’d highly recommend you do, please call and speak with one of our knowledgeable China specialists. 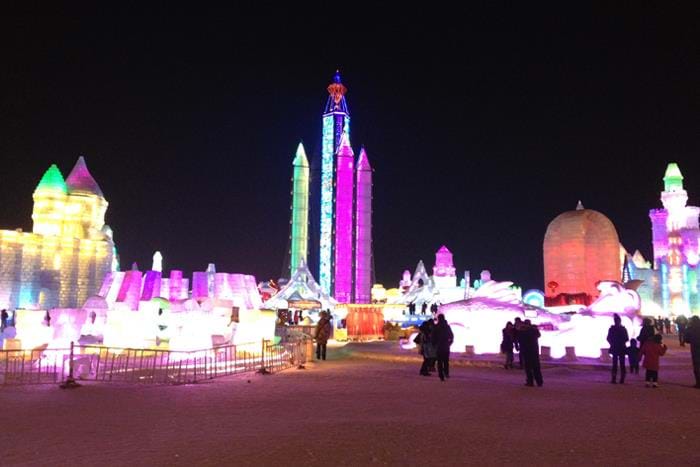 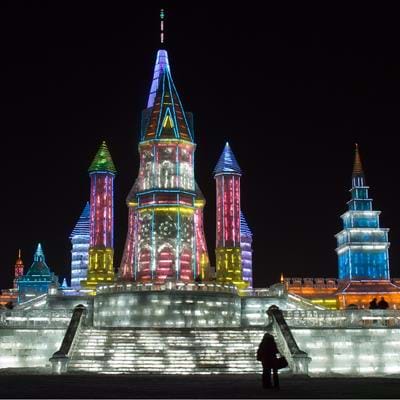 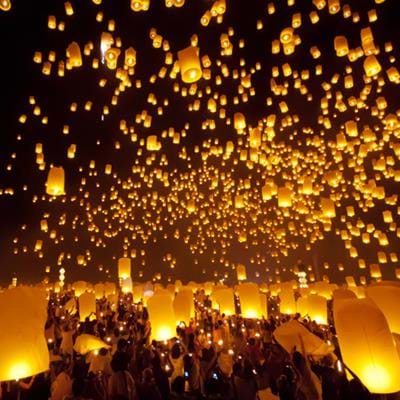