What to see and do in Amritsar

The city of Amritsar in northwestern India is most famous for the Golden Temple, which is widely considered the most sacred shrine in the Sikh religion. While this gilded vision set out on the lake is worth a visit in itself, Amritsar has a wide variety of other attractions to entertain visitors. Read on to find out how to spend your time in this incredible place.

When getting your bearings in Amritsar, it is worth understanding that the city is bisected by way of railway lines. To the north of this divide is the modern area, while in the south is the Old City. This is where many of the most fascinating historic sights, including the Golden Temple, can be found.

The Old City is encircled by walls, complete with 12 medieval gates offering access to its myriad streets and bazaars. Exploring this area on foot and allowing all of its charms to reveal themselves in an age old manner is one of the most pleasing things to do in Amritsar.

Visiting Amritsar and not seeing the Golden Temple would be like going to Agra and ignoring the Taj Mahal. This incredible glittering vision provides the focal point to a larger gurdwara complex called the Harmandir Sahib.

The temple is located at the end of a causeway in the Amrit Sarovar, a huge lake that is said to have healing properties. This body of water was dug out in 1577 and is the source of the name Amritsar, given to the city as a whole.

While the golden hue of the temple is the first thing that strikes visitors from afar, its subtle combination of Hindu and Islamic architectural styles become apparent on closer inspection. The lower level has been constructed from marble and bears motifs from nature, including animals and flowers.

It is the second level that boasts gold panels that have been engraved with intricate designs. The crowning glory is an impressive dome that has been gilded with no less than 750 kilograms of gold. Pilgrims enter the inner sanctum and pay their respects, as priests and musicians chant from the Guru Granth Sahib, the Sikh holy book, before heading into the painted gallery to contemplate. 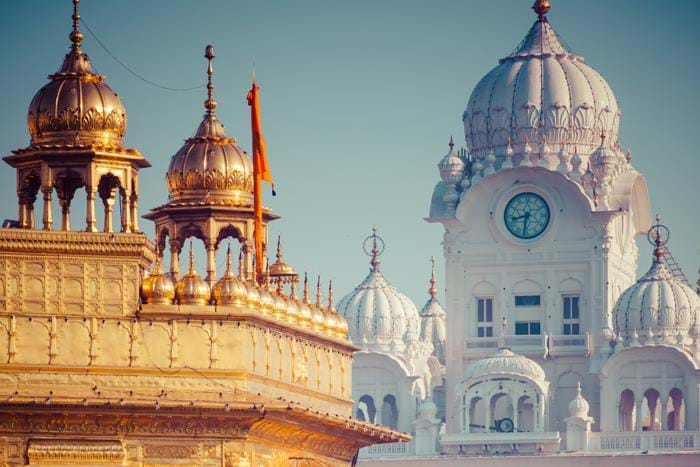 Dedicated to the 1,500 nonviolent protesters and Baishakhi pilgrims who were killed in the Amritsar Massacre, this park gives an insight into a dark side of the city’s history. On April 13th 1919, the British Indian Army carried out the orders of Colonel Reginald Dyer and fired on the crowd. Bullet holes in the walls and on the fountain where many of the unarmed civilians tried to find shelter can still be seen. A continuous flame burns to honour those who died, while the Martyrs’ Gallery displays their portraits. 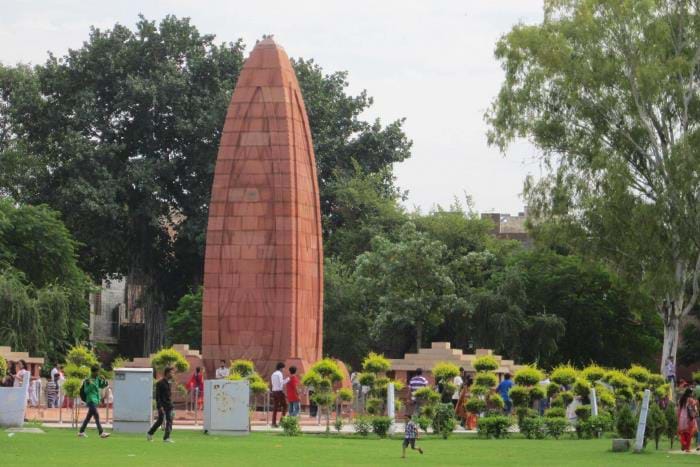 The 20th-century Mata Temple could not be more different to the Golden Temple, making it fascinating to visit for exactly that reason. It is dedicated to the female saint Lal Devi and is thought to improve the fertility of those who visit. Its labyrinthine design is inspired by the Vaishno Devi Temple of Katra in Jammu and features low tunnels and caves. Various images of deities and mirrored mosaics add to the psychedelic vibe of this colourful temple.

Across the lake from the Golden Temple on its southeastern side is the Ramgarhia Bunga, a three-storey fortress created in a Sikh architectural style and finished with two Islamic-style minarets. The stone slab inside was once used for crowning Mughals in Delhi. It was seized from the city and brought to Amritsar in 1783 by Ranjit Singh. 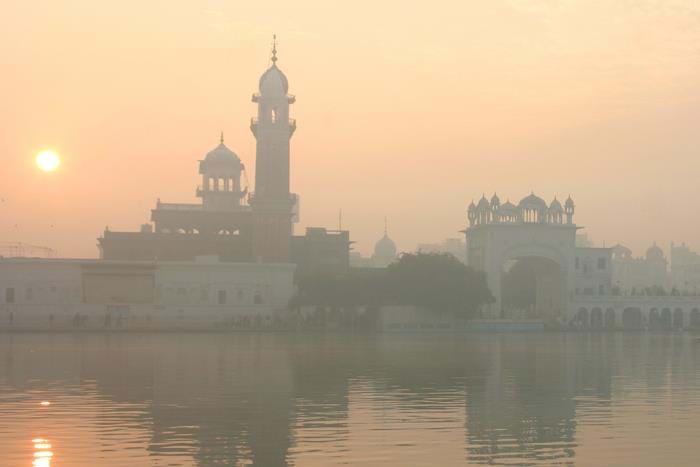