It comes as a surprise to many visitors to discover that the rarefied, arcane world of the Japanese geisha is still very much a living part of the country’s cultural scene, and nowhere is this more true than in Kyoto, where these elaborately costumed female entertainers prefer to be known as ‘geiko’.

The tradition dates back centuries, but took its present form during the 1760s, when a separate class of artistes emerged from the murky underworld of the odoriko (dancing girl) and oiran (courtesan). Geishas were highly trained performers, erudite and accomplished in the arts of classical music, dance, poetry, games and conversation. They were employed as private entertainers in upper-class homes and special geisha houses. Contrary to popular perception in the West, however, sex was rarely on the menu! 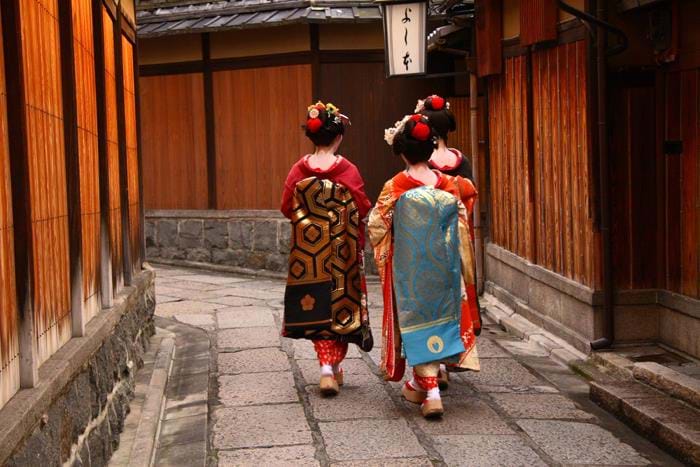 Today, geishas are in greater demand than ever, particularly in Kyoto, where wealthy industrialists and politicians pay huge sums to be entertained in high style at one of the city’s famous okiya ('geisha houses'). These are located in five different pleasure districts, or hanamachi (literally ‘flower towns’), ranked according to a strict hierarchy, with those in the district of Gion Kobu at its apex.

Unless you’ve a deep enough wallet to sponsor your own geisha evening at an ochaya (tea house), your best chance of experiencing the refined ‘flower and willow world’ (karyukai) of the Japanese geisha is to attend one of the regular performances of music and dance staged in Kyoto’s theatres and studios (your TransIndus guide will known when and where these take place). Some visitors, and even locals, often hang around the backstreets of Gion, Paparazzi-style, between 4 and 6pm, hoping to catch a glimpse of a geiko or maiko ('apprentice') on her way to an evening engagement. 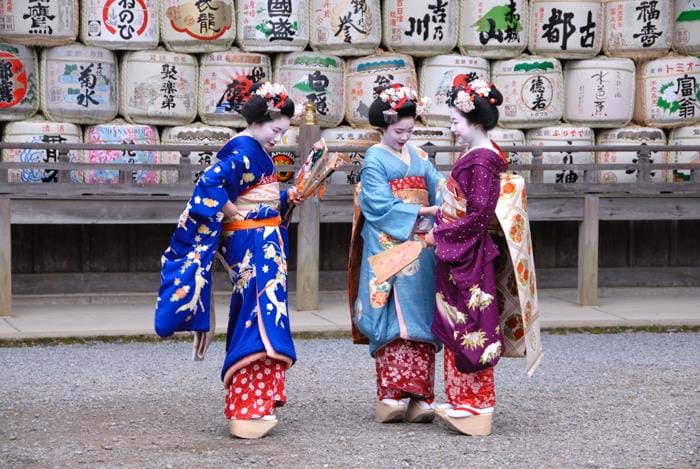 Be sure to see a Geisha on your Japan holiday, contact our team of experts they are on hand to help you put together the perfect trip.