A Guide to Sumo Wrestling for Beginners

The sumo stables of Tokyo are a fascinating place to visit, with the opportunity to see morning training the highlight of a trip to Japan for many people. Despite the need to get up early, as sessions usually start at 5am, visits to the sites, which are mainly located in the Ryogoku and Kiyosumi areas of the city, prove popular.

Another option is to include a sumo wrestling tournament in your itinerary, but this depends on being in the right place at the right time, as they are held infrequently throughout the year. It is a good idea to brush up on your sumo knowledge before being immersed in the sport, so read on for a beginner's guide to sumo wrestling.

What is sumo wrestling?

Sumo wrestling has been practiced in Japan for more than 1,500 years and has become the national sport of the country, although some participants claim it is actually an art form. This could certainly be true, as its origins lie in Shintoism as a performance to entertain the deities.

This religious background means that sumo wrestling is highly ritualised and the way that it is practiced has not changed for centuries. Only men are allowed to take part and a lot of a tournament is taken up with ceremonial activities as opposed to wrestling. 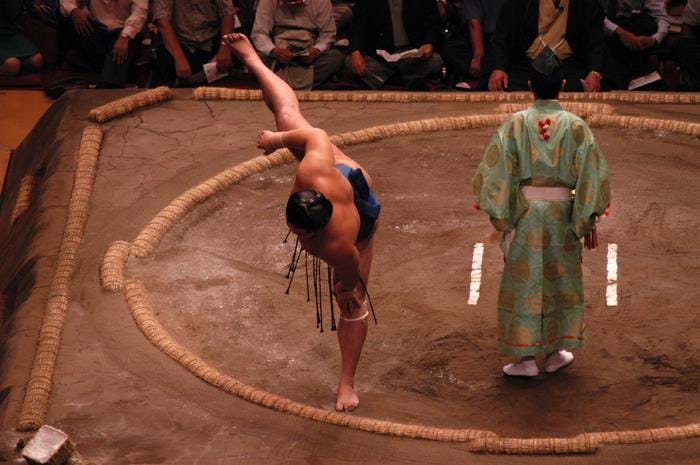 The first thing you will notice is that before any of the wrestlers are allowed to enter the ring, it must be symbolically purified with salt. Once this has been carried out, the wrestlers come into the ring and clap their hands together in order to attract the attention of the gods. They then hold their palms up to the skies to show they are not holding any weapons.

To complete the starting ritual, which is known at rikishi, the participants lift their legs high and stamp their feet. As well as warding off any evil spirits that may be left in the ring, this helps with the important element of intimidating an opponent. Slapping of the stomach and thighs is often added to this part.

By the time it comes to the fighting a bout will usually only last a few seconds, with the longest coming in at around a minute. They start in a crouching position, facing each other, with their fists balled and knuckles touching the floor, glaring at each other. This intimidation has now been limited to four minutes, as it used to go on for hours.

There are no fewer than 80 techniques that a wrestler can use to his advantage in order to win a fight. Punching, choking, kicking the stomach or chest, pulling hair and grabbing an opponent's attire are all against the rules.

If any part of a wrestler's body leaves the ring, that participant has lost the bout. The same goes for anywhere apart from the soles of the feet coming into contact with the floor of the ring. In order to win, therefore, a wrestler must try and get his opponent to commit such a faux pas. 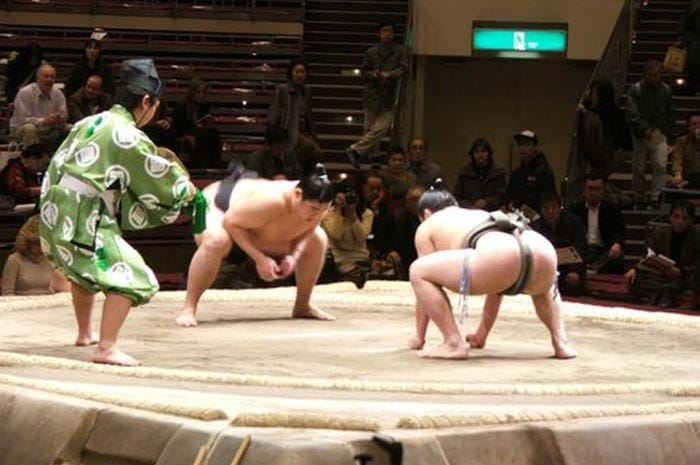 A lot of time and effort is put in by sumo wrestlers to ensure they are fit for the ring. As well as the obvious weight gain that acts in an individual's favour, flexibility and knowledge of positions and moves are also vital.

There are no such things as weight classes in sumo wrestling, so the general rule is the bigger the better. When watching a tournament you may well see smaller men be pitted against larger opponents, but that is all part of the game. 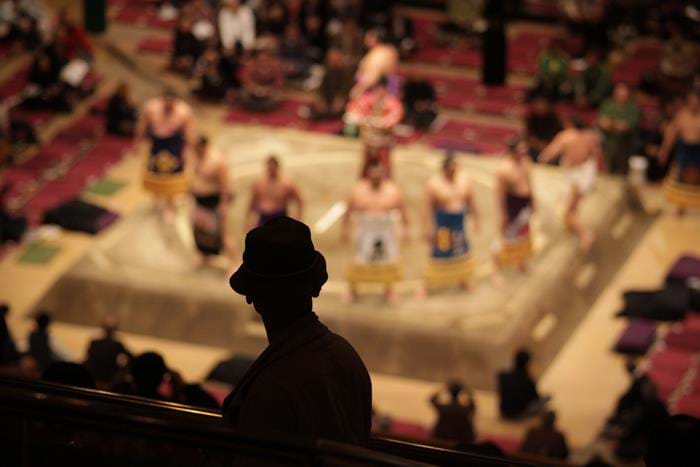 The most noticeable thing about a sumo wrestler's attire is the lack of it, with just a loin-cloth wrapped around his middle and nether regions. This is called a mawashi and consists of a piece of silk measuring around nine metres in length, which is folded in a precise fashion to ensure it stays securely in place.

All sumo wrestlers also sport a top knot, which dates back to the Edo period between 1600 and 1868. It is traditional, but also said to help protect the head in the event of a fall.

Even at training sessions it is important to stick to the strict etiquette surrounding viewing of the sport. Visitors should bow to those overseeing the practice, sit silently and not move around in their seats. No food or drink should be consumed and even the most famous sumo wrestlers are never approached, whether this is before or after a tournament.

If you would like to watch Sumo Wrestling on your Japan holiday, contact our team of experts they are on hand to help you put together the perfect trip. 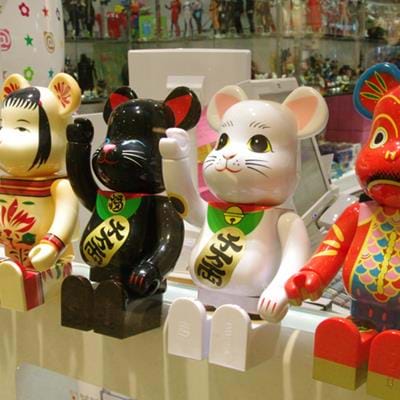