Intensely vibrant, atmospheric and above all colourful, Holi is something that everyone should experience in their lifetime. Taking place for three days in March, this is the liveliest of all the Hindu festivals and, being the first major one of the year, is always celebrated with particular gusto.

Observed primarily in the north of India, Holi is a festival that marks the end of winter and welcomes the beginning of spring. Indeed, it's said to represent the rekindling of the spirit of life - so it's no surprise that it's celebrated with such enthusiasm.

Holi is a time when social boundaries are ignored, strangers are treated as friends and enmity is forgotten. Technically, Holi spans three days (typically in March around the full moon, though the specific dates vary from year to year), but most of the action is compressed into the final day.

The evening before that frenzied final day, bonfires are usually lit to represent the triumph of good over evil. Often, people will take embers from these bonfires to add to their own fires at home.

The following day is when the liveliest of the celebrations begins - a riotous day famous the world over for the throwing of coloured powder and water. No-one is exempt from a dousing in either (or both!) of these, and by the end of the day everyone is absolutely coated in bright shades. There's plenty of singing and dancing throughout the day as well, making the atmosphere one of true celebration.

It's important to bear in mind that different places celebrate Holi in different ways, so where you go can impact the kind of experiences you have. Below, we'll take a quick look at some of the best places to experience it.

So, what should you expect if you visit north India during Holi? Unless you spend the entire day inside, you can count on being coated in a lot of that colourful water and powder - and it does stick to both skin and clothing pretty steadfastly! So, make sure you wear clothes you don't mind getting stained - especially considering that visitors are always a particular target.

The best way to experience Holi is to throw yourself into the spirit of things and join in with everyone else in flinging the powder and water - and to be good humoured about being covered in it yourself. You're likely to see the water used in several different ways, by the way - children, for instance, will often fill up water pistols to spray people with, while adults will sometimes throw whole bucketfuls of dyed water over friends and strangers alike.

Holi is also a great time to taste some absolutely delicious local food, with treats like gujiya (a kind of sweet dumpling filled with khoya, dried fruits and coconuts) featuring heavily in the festivities. 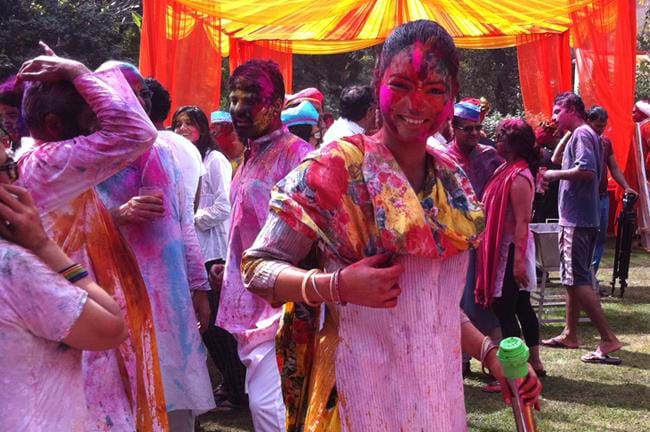 This year, the main event will take place on March 17th. There are several destinations worth considering if you're keen to experience Holi, including Mathura. Being the birthplace of Hindu god Krishna, this city marks the festival with particularly spectacular celebrations, so it's definitely one of the top places to visit during it.

An equally good option - and one that may particularly appeal if this will be your first trip to India - is Delhi. The capital city hosts extremely lively Holi festivities and, of course, both before and after the festival you can spend your time exploring all of the city's famous attractions.

As well as the throwing of coloured water and powder, parties and feasts are held all over the city. The night before, you can see bonfires lit in several places across the city, and people will come together at these points to celebrate good's triumph over evil.

Before you leave the city, take some time to explore it properly. In Old Delhi, you'll notice a much more classically Indian feel, while New Delhi has a slightly more European atmosphere. Each part of the city is home to some amazing attractions, notably the India Gate Memorial, the Tomb of Humayun (often said to be a forerunner to the Taj Mahal in Agra) and Jama Masjid, India's oldest mosque. 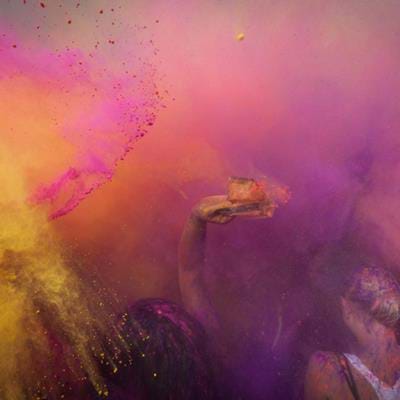