Top Things to Do in Udaipur

With its lakeside setting and a backdrop of the Aravalli Hills, it is not difficult to see why Udaipur has been described as the most romantic place on the whole subcontinent. This is not a new claim either, as Colonel James Tod of the East India Company said as much in 1829 and it is a reputation Udaipur has been living up to ever since.

As well as wandering through its narrow streets and coming across ancient bazaars, visitors can take boat rides on the lake and visit the temples, havelis and palaces that give Udaipur its unique sparkle. Here are some of the sights that should not be missed.

The biggest collection of palaces to be found anywhere in Rajasthan is located in Udaipur and is well worth a visit. Work began on the City Palace in 1599 by Maharana Udai Singh II, who founded the city, with it eventually growing to 244 metres in length and 30.4 metres tall. This wasn't entirely down to its original owner, however, as successive maharanas added to it, encompassing 11 smaller palaces into its design.

Entering the complex via the 1615 Badi Pol gates allows visitors to observe an interesting quirk of history. The eight arches that have been constructed here were built to commemorate a tradition that reoccurred during the reign of several maharanas. The ruler would be weighed and an equal amount of gold and silver to match his bulk would be distributed to the local people. 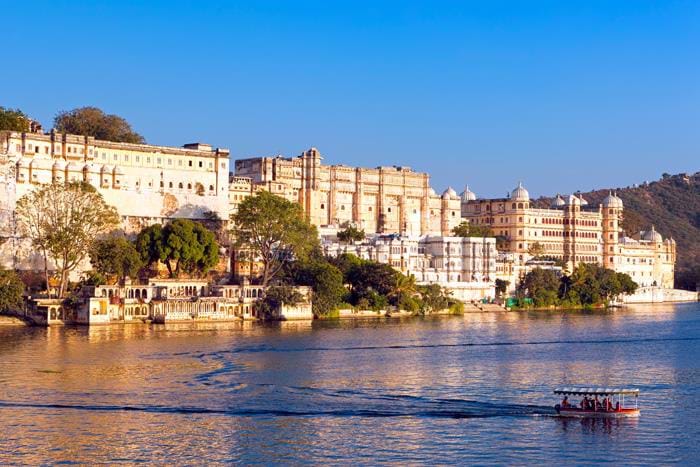 As well as visiting the palace itself, be sure to head to Ambrai Ghat, which offers arguably the best views looking back at the prestigious building. One of the best times to do this is at sunset, as the lights from the palace and adjacent edifices are all lit up and offer a magical view and photo opportunity. Be aware that there may be a number of couples enjoying this romantic setting too.

This large white Hindu temple is particularly noteworthy due to its intricate carvings and delicate style of architecture. Its history can only be traced back to 1961, but it fits in well with its surroundings and the spiritual life of Udaipur. Every sunrise and sunset an aarti worship ceremony is carried out, which can be viewed by visitors who remain sensitive to the religious nature of the ritual. A large black stone idol of Lord Jagannath can be found inside the Jagdish Temple. 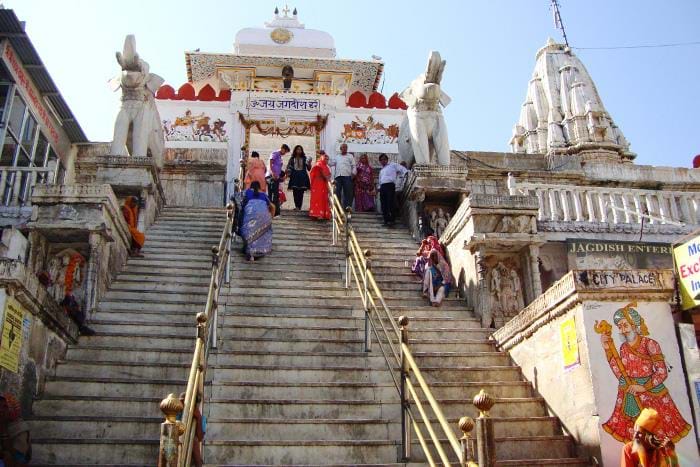 A haveli is a private mansion that is notable for its architectural and historical significance and Bagore Ki Haveli is no exception. It was built at the water's edge, affording it beautiful views and was the project of a Mewar prime minister. Originally constructed in the 18th century, it has been in need of some restoration and this work has been carried out carefully to return the 138 rooms and courtyards to their former glory. An additional curiosity is the world's biggest turban, which is housed within its walls.

Outside of Udaipur, but visible up on the hillside above the city is the strategically located Monsoon Palace, where the royal family would go to escape the flooding associated with the annual torrential rains. It is open to the public and affords brilliant views of Udaipur, with the journey up to it taking in the stunning surroundings of the Sajjan Garh Wildlife Sanctuary. James Bond fans will recognise the Monsoon Palace as the home of villain Kamal Khan in the Octopussy film.

Another great way to get panoramic views over the city is to take the Udaipar Ropeway cable car from Deen Dayal Park up the hill. Alight at the Karni Mata Temple and spend some time taking in the vista from the viewing platform and snapping some photos. 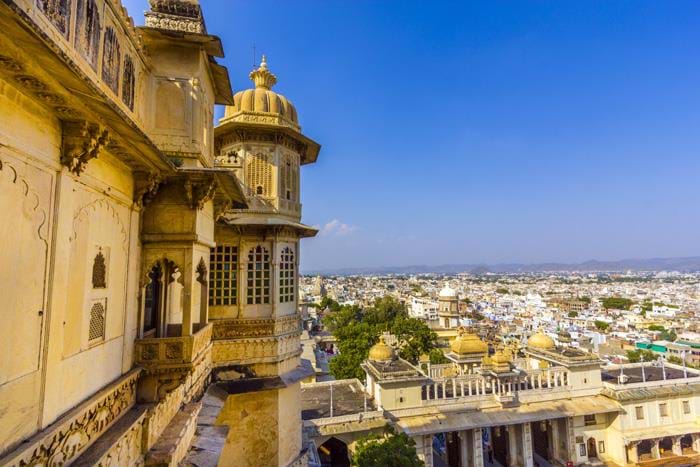 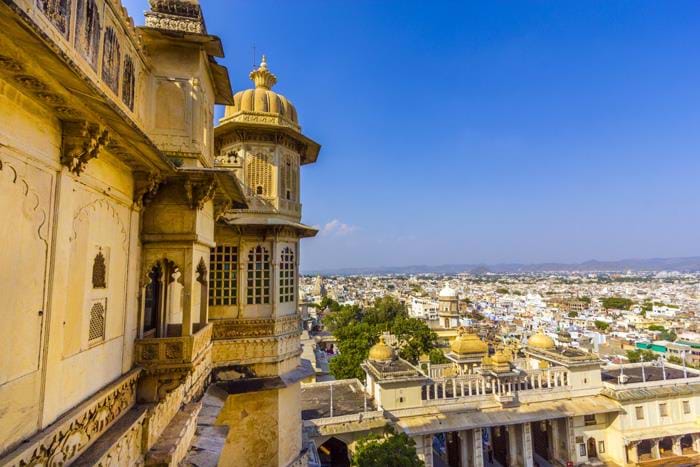 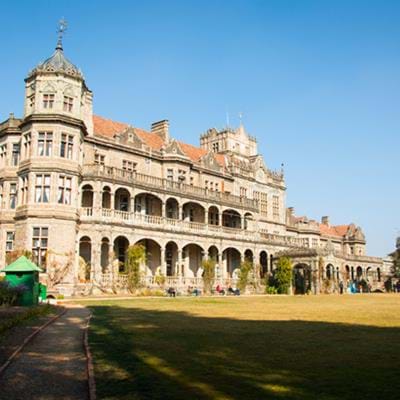 A guide to the must-see sights in Shimla