Angkor Wat is one of the largest religious monuments in the world and is highly regarded among travellers across the globe.

It is sometimes referred to as 'the lost city' or a 'place of peace and power' because of its historical and spiritual significance. The temple is one of the country's most well-preserved and best-loved monuments. In fact the very name, Angkor Wat, translates as the "Temple City". In Khmer - the language spoken in Cambodia, Wat means city, whereas Angkor is the name given to the temple.

It stretches over some 400 km, which includes forested areas. The structure forms part of the different capitals of the Khmer Empire that were all built between the 9th to the 15th century. These include the city of Angkor Thom as well as the Bayon Temple, among others.

Angkor Wat is a UNESCO World heritage site and as such, there is a programme in place to preserve it and its historical surroundings. While it is hardly 'off the beaten track' there are many hidden gems and treasures that surround the area, which you can explore. The site was formerly a Hindu temple, before becoming a Buddhist complex. It was first constructed in the early 12th century by the Khmer King Suryavarman II.

Unlike some of the other structures around the world, it is one of the few to have remained as a significant religious centre since its inception. So highly revered is this temple, that it has since become a national symbol in the country and has appeared on its national flag. 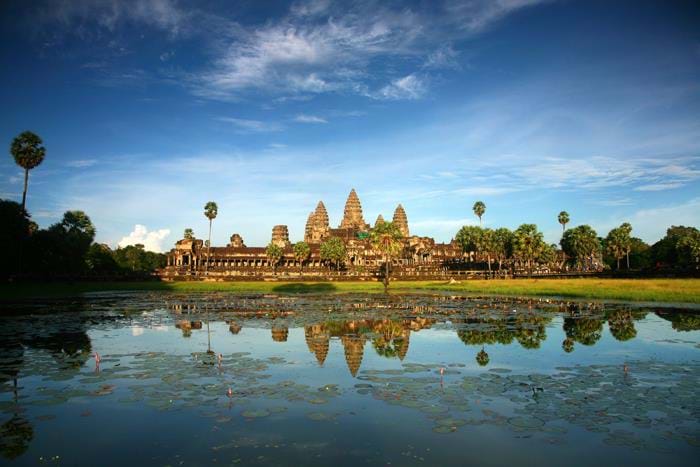 The estimated time that the temple took to construct is 30 years. Angkor Wat is the largest monument of the Angkor group. However, the work is not thought to have been completed until after the King's death, meaning that some of the decor has been left unfinished. On the other hand, it was later restored by another King, Jayavarman VII, who established a new capital and state temple.

Little is known about its religious history but it is thought that the switch to being a Buddhist monument occurred in the 16th century. What is known is that Angkor Wat was cared for by Buddhist monks sometime after 1432 when the capital moved to Phnom Penh.

To date, neither the foundation nor any of the contemporary inscriptions referring to the temple have been discovered by archaeologists and its original name therefore is a mystery. However, some experts suggest that it may have been known as "Varah Vishnu-lok" after the presiding deity.

The structure faces the West and is also thought to be a funerary temple for King Suryavarman II.

Angkor Wat represents one of humankind's most astonishing and magnificent architectural achievements. From Angkor, the Khmer kings ruled over a vast empire that reached from Vietnam to China to the Bay of Bengal. 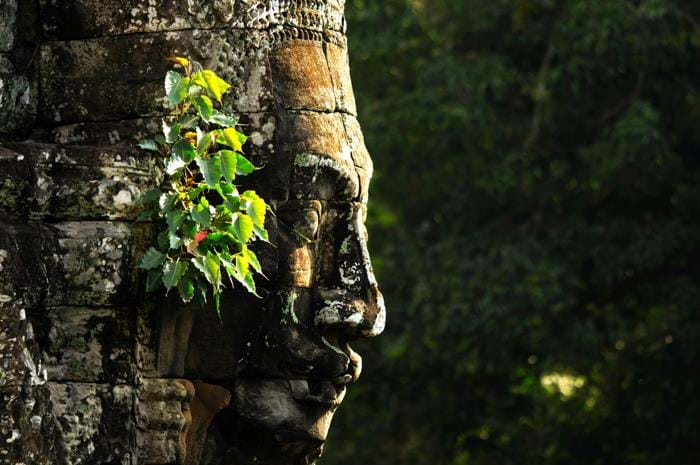 The peak visitor season runs from November to February, when the temperatures are slightly cooler - typically from 25-30°C.

Throughout the year however, the temperature remains hot and sticky. However, you should also note that there is a tendency for the temple to get crowded, particularly around the Christmas and New Year season.

The hottest season is from March to May, when temperatures can soar to 40 degrees. If you are travelling between June to October, you should be aware that this is the rainy season. During this period, the areas surrounding the monument can get extremely muddy.

The benefit of that of course is that the temples are at their quietest. 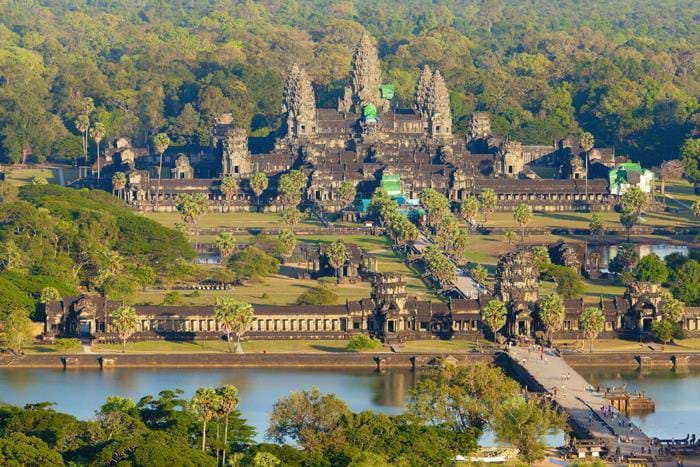 Other temples to visit while you are there

There are literally thousands of temples to see around Siem Reap, the area where Angkor Wat is based, so you will never be short of things to do.

In the vicinity is the Bayon temple, which is best known for the massive stone faces carved into the sides of its towers.

This temple requires quite a bit of climbing in order to explore and has tall, steep staircases on either side of it. Over the years, it has been subject to a number of regeneration works, however it is now in a fairly good condition. 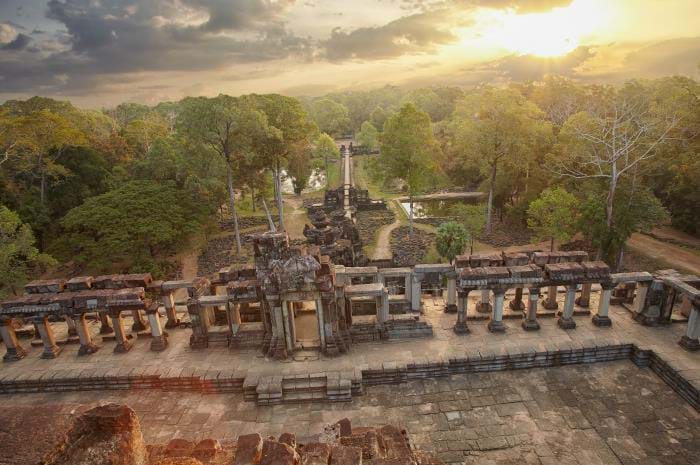 Both of these temples have similar designs, with ancient figures carved into the sides. They are in very good condition and have both had restorative works.

The above are just a selection of some of the temples that you can visit in addition to Angkor Wat. All of the sites are representative of a rich and fascinating heritage, dating back thousands of years. 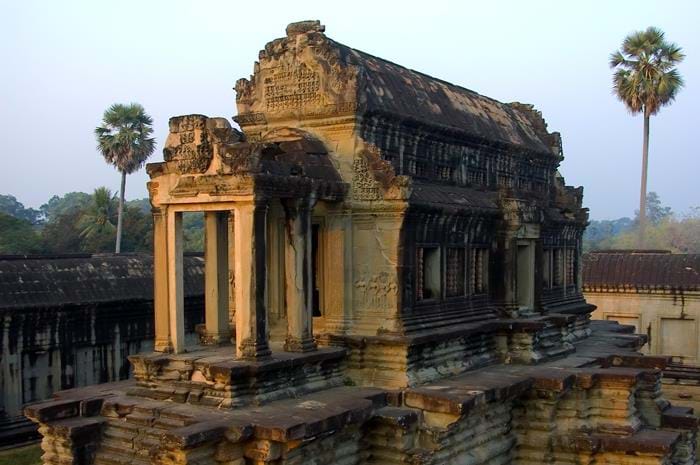 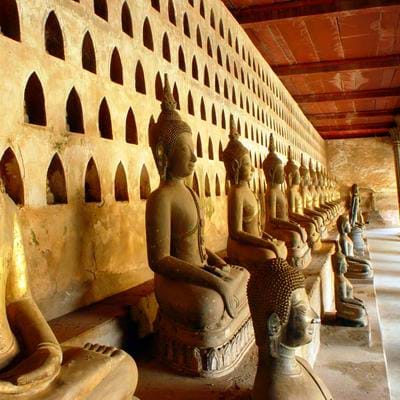 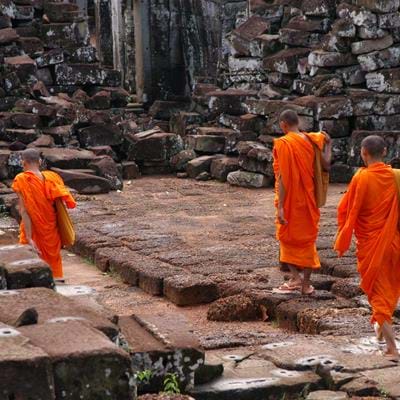 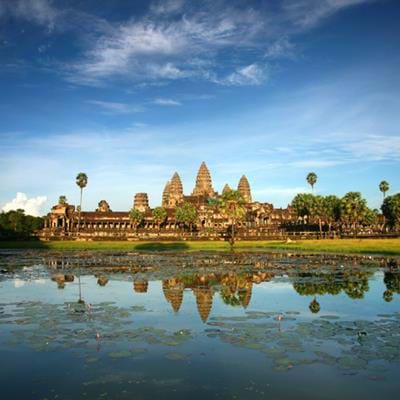 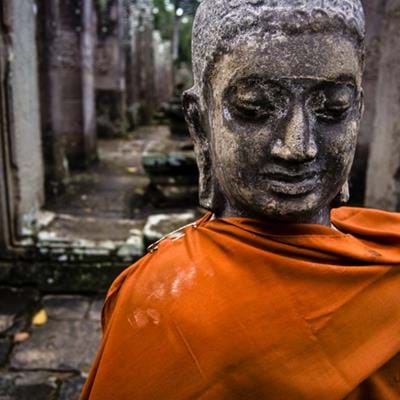