Many people travelling to Jaipur may be familiar with the likes of the Palace of the Winds and Nahargarh Fort, but fewer know about Jantar Mantar. This observatory was built in the early 18th century, but it took until 2010 before it was recognised by the United Nations Educational, Scientific and Cultural Organization (UNESCO) as a World Heritage Site. Now, you can visit it for yourself.

Part of a wider family of observatories

Jaipur's Jantar Mantar is one of five sites built throughout India during the 18th century to observe the universe. The others are in New Delhi, Ujjan, Varanasi and Mathura, but Jaipur's is by far the largest. The name comes from the Sanskrit words for magical and formula, summing up the spirit of looking towards the cosmos that captured the imagination of astronomers of the age, along with historians up to the present day.

Not only was Maharaja Sawai Jai Singh II the founder of Jaipur, but he was also a keen scholar and astrologer. When in 1718 he wanted to create a series of observatories, it made sense that the biggest would be in the city bearing his name. It houses 19 fixed instruments for studying the stars and planets, all of which aid the naked eye.

While many of them are considered brilliant examples of known techniques, the majority have extra elements that make them one of a kind. Such innovation is preserved in the most complete of India's historic observatories, showing how the scholarly prince at the end of the Mughal period was a real expert in the field.

Jantar Mantar was only put to use for seven years, while the precise instruments were used to measure all manner of things. These ranged from time and the azimuth, to the declination of the sun and the positions of constellations. Highlights of the site include the Samrat Yantra, which is thought to be largest sundial in the world; the Hindu Chhatri, where news of an eclipse was announced; and the Jaiprakash Yantra, a sundial based on two hemispherical bowls.

Damage sustained to the Jantar Mantar in the 19th century has been entirely rectified over the years. Some of the earliest renovation work carried out on the site was done under the supervision of Major Arthur Garrett. He was appointed as assistant state engineer for the Jaipur District, but his enthusiasm for astronomy meant he oversaw what was being done at the observatory. Since then, Jantar Mantar has had repair work carried out on numerous occasions. 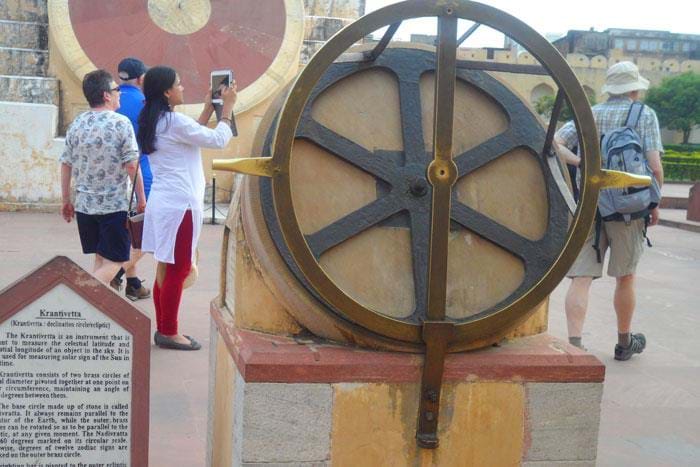 The architecture of Jantar Mantar derives its innovation from influences of a number of religious and social belief systems on the 18th century. By neglecting such barriers, ideas could be garnered for various sources and brought together to create a fascinating whole, where science was at its centre.

Marble and local stone were the main building materials used when Jantar Mantar was originally constructed. They were complemented with bronze, bricks and mortar to help the instruments suit the purposes for which they were built. Later renovations have seen some of those materials replaced, but the cores of the instruments remain the same. 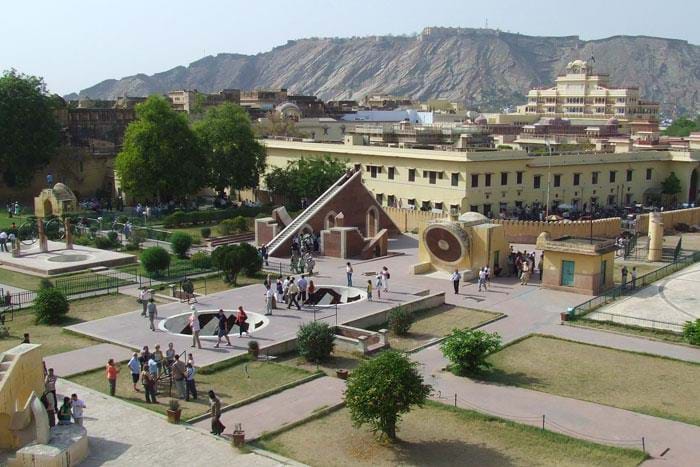 Located in the heart of historic Jaipur, Jantar Mantar is not hard to find and is open between 9.30am and 4.30pm. There is a small entrance fee and taking photos costs extra, but visitors can explore the unique site in around an hour and a half. 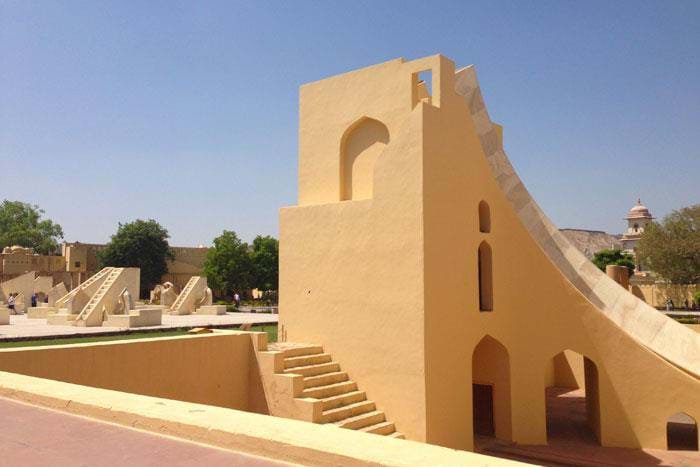