Few countries in the world elicit such a consistently passionate response among travellers as Vietnam. Blessed with beautiful natural landscapes, a wealth of evocative historic monuments and great cultural diversity, the nation has emerged from decades of war, political oppression and poverty to become a destination that bewitches even the most jaded of holidaymakers.

While the capital, Hanoi, in the north, retains the gentility of former colonial times, go-ahead Ho Chi Minh City, in the south, showcases the nation’s more upbeat, modern face. Between the two lie a chain of former Imperial capitals, replete with ancient temples and palaces, as well as colonial ports whose boulevards are lined with 18th and 19th-century French villas.

A unique way of enjoying a Vietnam holiday, river cruises on the Mekong Delta in the far south or into the mountains of the Tonkinese Alps in the north bring you face to face with a more timeless vision of Vietnam, where buffalo plod down dirt tracks, women in conical straw hats work the rice fields, stilted villages rise from vast floodplains and local markets are thronged with hill people dressed in elaborate traditional costumes.

Poverty is far from absent in this rural hinterland, but it’s most definitely on the wane. Since the spectacularly successful Doi Moi reforms of the 1980s, the economy has surged forward at dizzying speeds. Vietnam is now officially the fastest growing country in Asia, with a growth rate of 7 percent.

For visitors whether on a small group tour of Vietnam or enjoying a private trip, this dramatic transformation is most discernible in the country’s new beach resorts and bijoux historic towns, where hotels offering first-world standards of comfort and service have mushroomed amid the coconut groves. On a holiday to Vietnam, when travelling between them, whether on a colonial-style cruiser or local sampan, you cannot fail to be impressed by the understated warmth and gentleness of the Vietnamese people themselves – a testament to this beautiful country’s capacity for rejuvenation, given the traumas it has lived through over the past half-century or so. 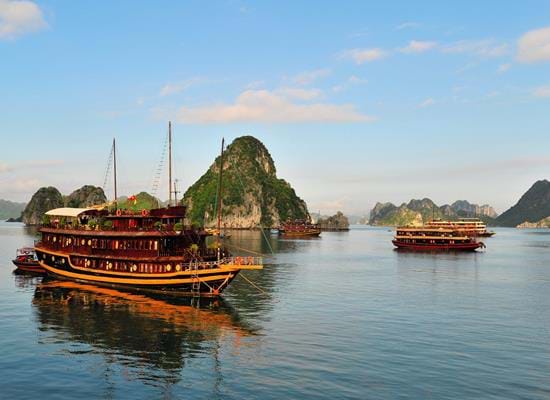 As its name suggests, our ‘Classic’ itinerary covers all of the country’s big-hitting sights in a seamless fortnight of exotic, luxury travel. Starting in the… 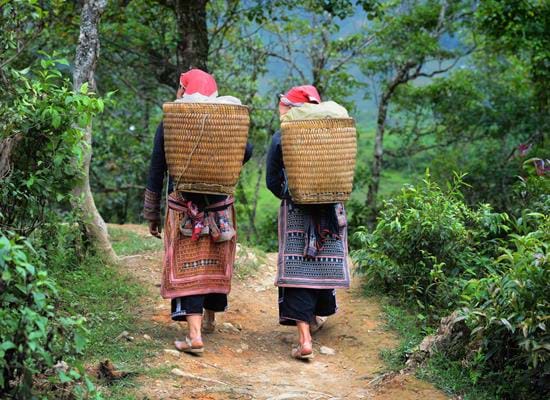 Vietnam’s minority people form the principal focus of this 19-day journey, which offers an ideal second visit to the country, or a more adventurous alternative… 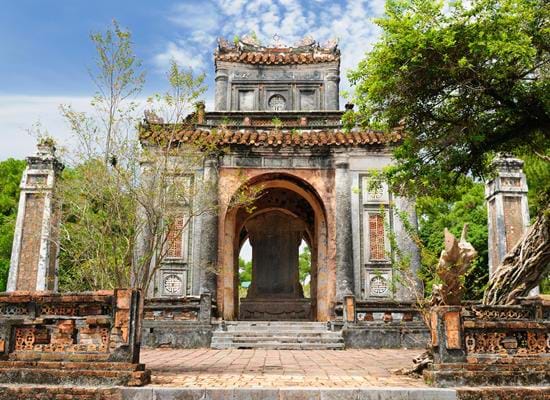 Covering the country in greater depth, our popular ‘Discover Vietnam’ itinerary offers what we regard as the optimal three-week all-rounder. It starts in the north… 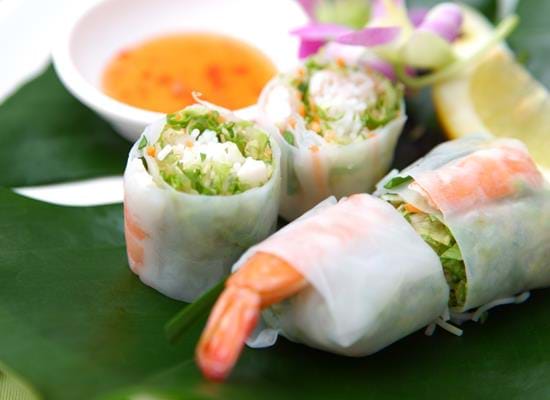 Experience the unique flavours of Vietnamese cuisine on this food-focused, two-week tour. It follows the classic north–south route from Hanoi to Ho Chi Minh City… 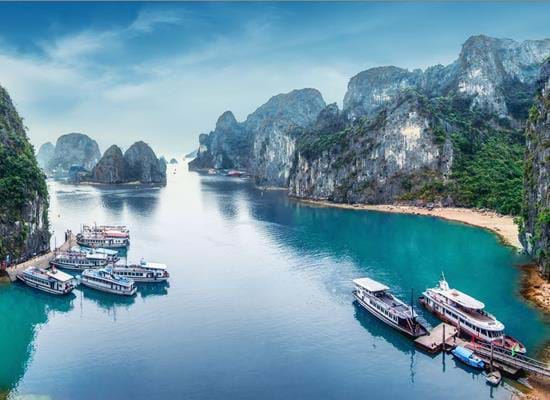 On this introductory group tour of Vietnam, one of Southeast Asia’s most diverse and enjoyable countries, you will start in Hanoi, the capital city, and… 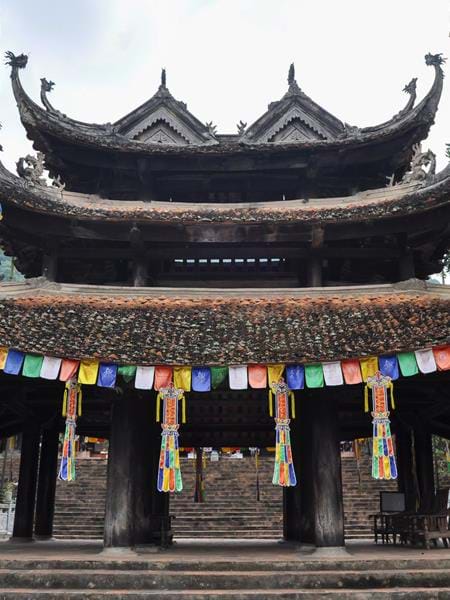 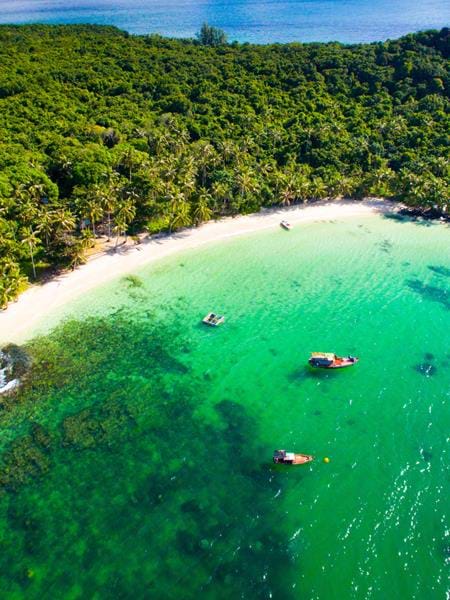 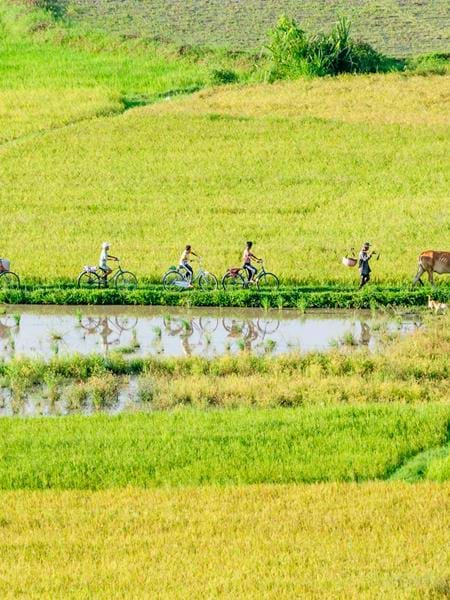 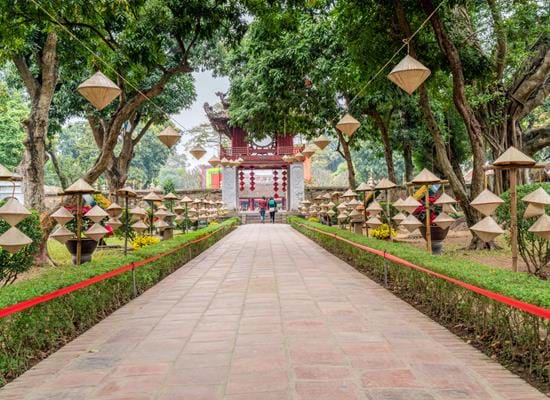 Vietnam’s charismatic capital, on the Red River, may be expanding and modernizing at an extraordinary pace, but it’s a great city to explore on foot. Surrounded by parks and tranquil lakes, the core is a medieval Old Quarter – one of the mo… 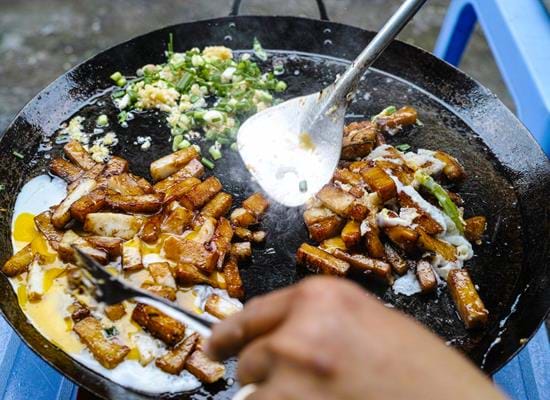 Hanoi’s five stars don’t have a monopoly on fine dining. In fact, some of the most authentic and delicious dishes in the city are served in the open-air kitchens of the old quarter and Hom Market, the biggest and most popular market in Hano… 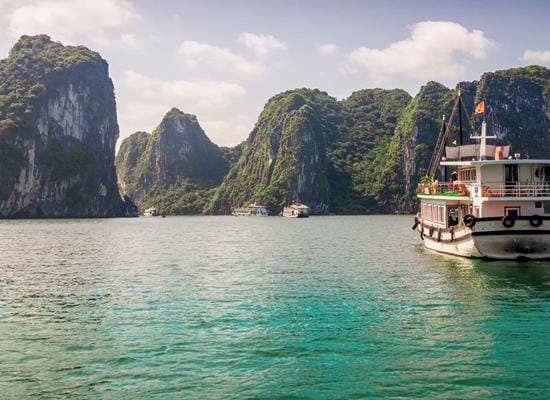 Rising in majestic fashion from the northern shore of Vietnam, the karst limestone formations of Halong Bay create a unique, spellbinding landscape. Around 2,000 islands, islets, outcrops and towering mountains, draped in vegetation and rid…

A thriving port before it was eclipsed by nearby Da Nang, Hoi An’s Old Quarter preserves a unique cultural legacy spanning more than three-hundred years of colonial trade. Wandering its grid of 17th-century streets, you’ll pass some fine ex… 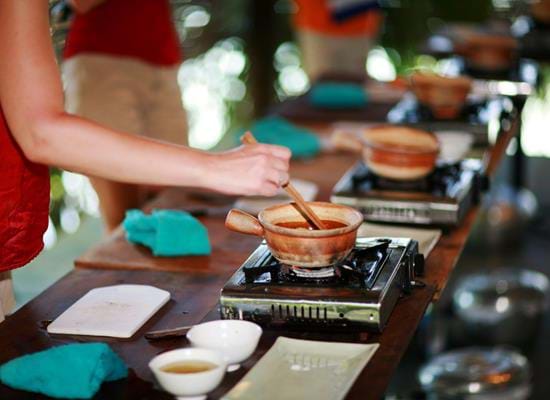 Cookery Classes in Hoi An

Should you feel inspired to find out more about the town’s distinctive culinary traditions, sign up for our highly recommended cookery classes, staged in one of Hoi An’s most famous restaurants. The day begins with a guided shopping trip ar…

During the Vietnam War, among the tactics used by Vietcong guerrillas to evade capture, was the digging of extensive tunnel networks, protected by hidden entrances. One of the largest of these secret underworlds survives at Cu Chi village,…

The Delta of the Mekong River begins a couple of hours’ drive south of Ho Chi Minh City, and extends west over 15,000 sq miles (39,000 sq km) to the Gulf of Thailand. Known as ‘Vietnam’s Rice Bowl’, it’s one of the most intensively farmed,…

Cycling in the Mekong Delta

The flat countryside of the Delta makes perfect pedaling terrain, and bicycles afford an enjoyable way to immerse yourself deep in the bucolic life of rural Vietnam. We offer a choice of different guided trips, starting from various hubs (i… 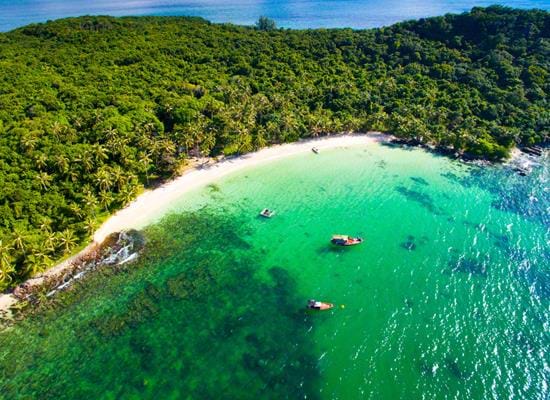 At some stage in their holiday, many visitors to Vietnam wish to experience the translucent, blue-green water, white sand and tropical greenery of the country’s beautiful coastline, and there are a wealth of resorts to choose from, ranging…