Tailor-made Tour 2 days from £185 per person

Indochina Sails were the first company to offer overnight cruises in Halong Bay and now have a fleet of six wooden junks, built in traditional style.

The Indochina Sails 1 & 2 - these boats are identical and were launched in 2007. Each comprises of 15 well-appointed cabins with en-suite facilities. Cabins are divided in two categories, Superior and Deluxe Cabins. Deluxe Cabins are slightly larger and feature rainfall showers and are situated on the second deck.

The Indochina Sails 3 - launched in late 2008 and in addition to Superior and Deluxe Cabins, it features very spacious Suites located on the second deck.

Valentine - launched in late 2007 is smaller with only 5 cabins and is perfect for those seeking a more exclusive and intimate experience. There is also a seperate Jacuzzi and rainshower.

Premium Valentine - launched in June 2010 is the smallest in the fleet with only 2 cabins, making it ideal for a small family or group of friends looking for an exclusive boat.

Indochina Sails Premium - launched in November 2010 is the largest Junk in the fleet and features 24 exquisitely appointed cabins.

Each of the boats features a large sundeck with comfortable lounging furniture, a dining room and bar.

On arrival in Halong Bay, transfer to the boat. After checking-in, enjoy a welcome drink as the boat starts to cruise in Halong Bay. After lunch, transfer to Titop Island where you will have an opportunity to swim, relax on the beach and to climb the steps to the top of the mountain for fantastic panoramic views. Return to the boat and sail for about an hour to the second stop - Cua Van Floating Fishing Village, the largest fishing village in Halong Bay. After visiting the village, return to the main boat and sail for about 30 minutes to Luon Bo area where the boat will be moored. Remainder of the evening is at leisure.

Early risers can enjoy a refreshing Tai Chi class on the sundeck. After breakfast, you will enjoy an excursion to the Surprise Cave by tender. Return to the main boat and prepare to check-out as the boat cruises back towards Halong pier.

Tailor-made Tour 2 days from £185 per person 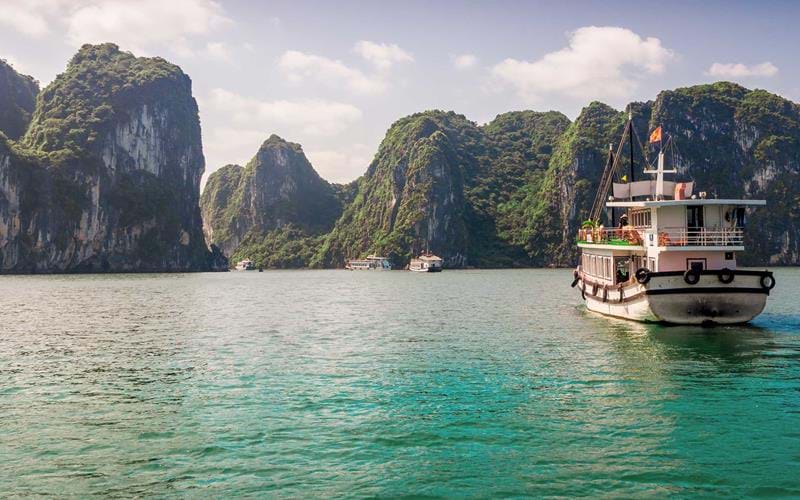 Rising in majestic fashion from the northern shore of Vietnam, the karst limestone formations of Halong Bay create a unique, spellbinding landscape. Around 2,000 islands, islets, o… 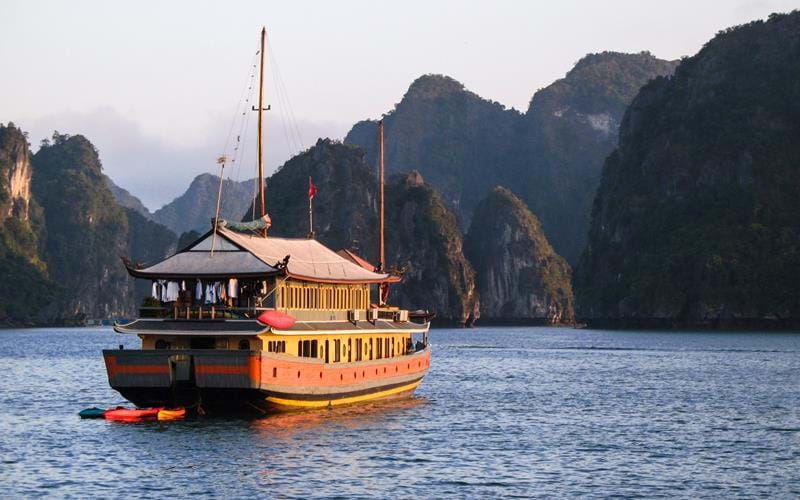 The Junks of Halong Bay

Wooden junks with trademark fan-shaped sails have for centuries been used to transport goods around the coast of Vietnam. You still see the odd antique vessel chugging around Halon… 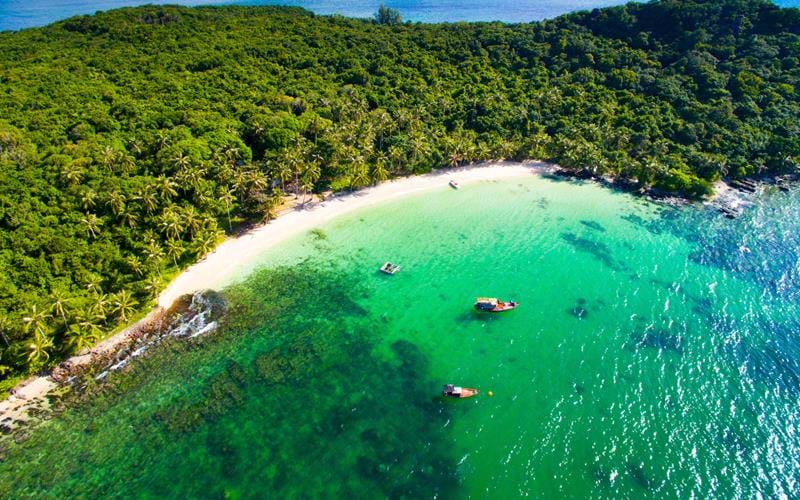 At some stage in their holiday, many visitors to Vietnam wish to experience the translucent, blue-green water, white sand and tropical greenery of the country’s beautiful coastline…

Talk to the Experts

At TransIndus we are committed to quality and determined to ensure every one of our clients enjoys the best holiday possible. Having lived or worked, and travelled extensively in their specialist countries, our consultants are experts whose advice can be depended on. To make an enquiry, call us on 0208 566 3739